During the Apollo program, measures were taken to prevent Earth microbes from contaminating the moon, and to prevent hypothetical moon life from infecting the Earth. What were the disinfectants used for these purposes, and were they the same for both purposes?

(Picture of Apollo fecal containment kit. The green packet is a germicidal disinfectant.) 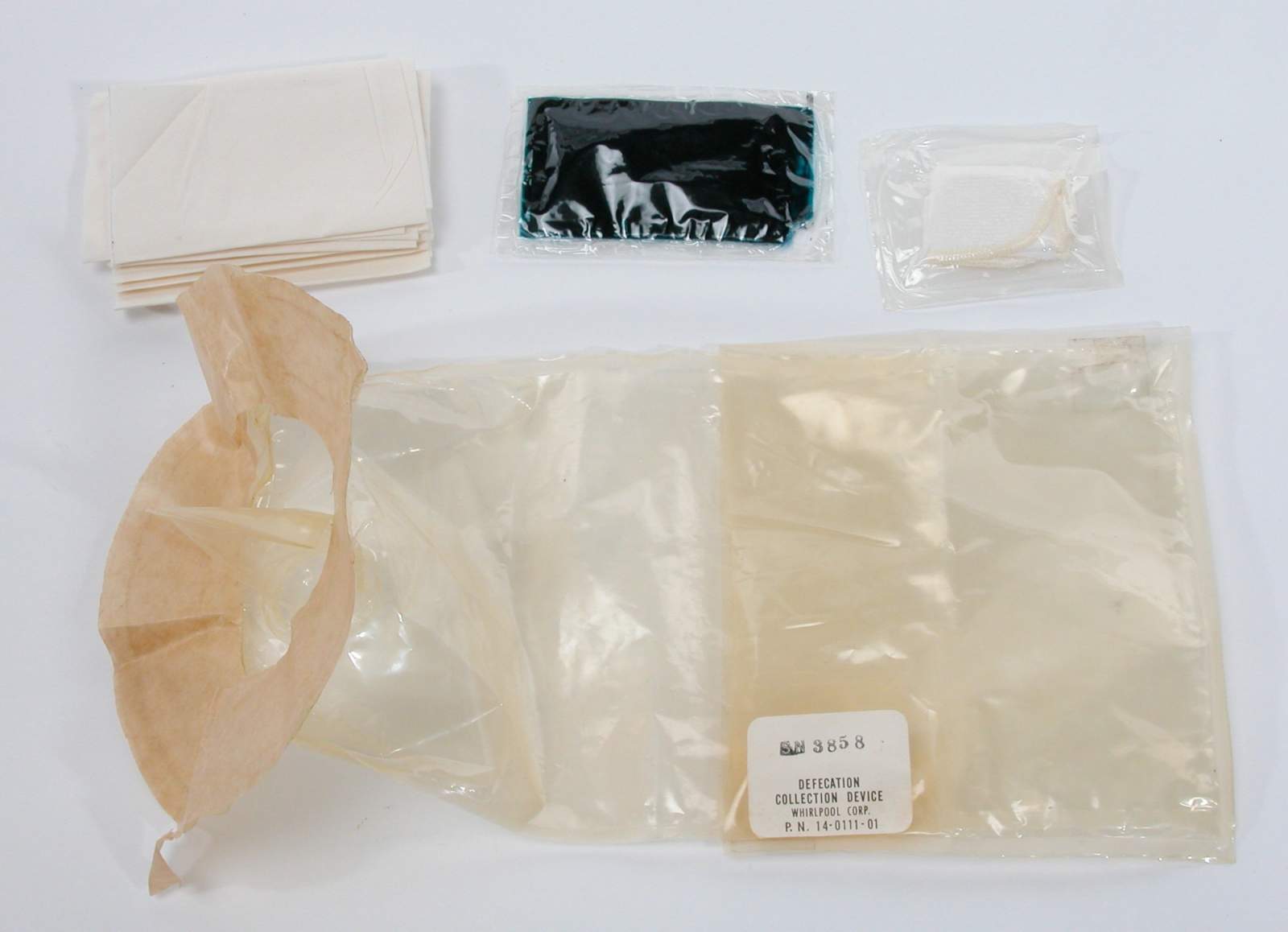 Section 8.5.2.1 of the Apollo Program Summary Report describes the measures to avoid contaminating the moon, some of which have been popular topics here:

Section 8.5.2.4 describes the measures taken to prevent infecting the Earth:

Swimmers assisted the crewmembers in egressing the command module. The swimmers were protected from potential lunar contamination by using their breathing apparatus during installation of the flotation collar on the command module. Furthermore, the swimmers sprayed areas of potential contamination, such as the hatch and docking areas, with a germicidal solution to decontaminate these areas before the hatch was opened.

Upon arrival at the primary recovery vessel, the helicopter was towed close to a mobile quarantine facility and the crewmembers and flight surgeon walked to the facility. The deck area traversed by the crewmembers during the transfer was decontaminated.

... The command module hatch was sealed after egress of the crewmen, and the area surrounding the hatch was decontaminated with a germicide. All decontamination equipment and the life rafts used by the Apollo crewmen were then sunk at sea.

Unless noted, sources are from Biomedical Results of Apollo.

As you can see, the chemicals which were used were not the same.

Not the answer you're looking for? Browse other questions tagged apollo-program quarantine or ask your own question.

10
Is it ethical for Chang'e-4 to bring an entire ecosystem to the moon?
22
What were the "pills" that were added to solid waste in Apollo 7?
15
Did astronauts on the moon poop in front of each other?
9
Why would the Apollo Lunar Module pressure dump (to space?) valve have a bacterial filter?
6
Any potential downside to throwing personal life support out the door on the Moon?
10
How was the mass of the Apollo CSM determined?
4
How did lunar quarantine methods compare to COVID-19 quarantine recommendations?
4
Were probes of "lunar microbes" taken from the spacecraft?

29
Reasons behind the "Transposition, docking and extraction" maneuver
20
Could a single crew member fly the Apollo LM?
10
Who performs the docking procedure?
13
Why did Apollo have a crew of 3?
18
Which module had more 'comfort' in terms of living space, the Lunar Module or the Command module?
26
How did sloshing prevent the Apollo Service Module from moving safely away from the Command Module and how was this fixed?
4
What did the Apollo 12 multispectral Four-Camera system look like?
11
Was the lunar landing site always in the same plane as the CM's orbit?
17
Procedure to deal with the death of Apollo astronaut during a lunar mission
4
Was the Lunar Topographic Camera ever used?