What exactly is rhumb-line control in the context of a launch trajectory?

The conference paper SS-520 Nano satellite launcher and its flight result SSC18-IX-03 from the 32nd Annual AIAA/USU Conference on Small Satellites linked in this answer describes the use of rhumb-line control in several places.

If I look at Wikipedia's Rhumb line it is a mathematical concept, and I don't see how it would apply to a normal launch to orbit trajectory:

In navigation, a rhumb line, rhumb, or loxodrome is an arc crossing all meridians of longitude at the same angle, that is, a path with constant bearing as measured relative to true or magnetic north. 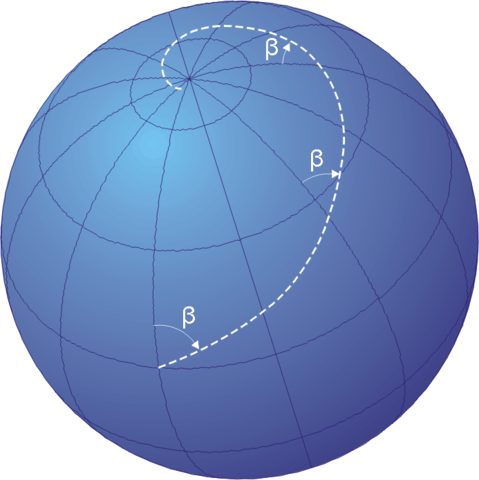 Question: What exactly is "rhumb-line control" in the context of a launch to orbit trajectory? How does the use of the term reconcile with the definition in Wikipedia?

Images from the linked paper, where is the rhumb line? 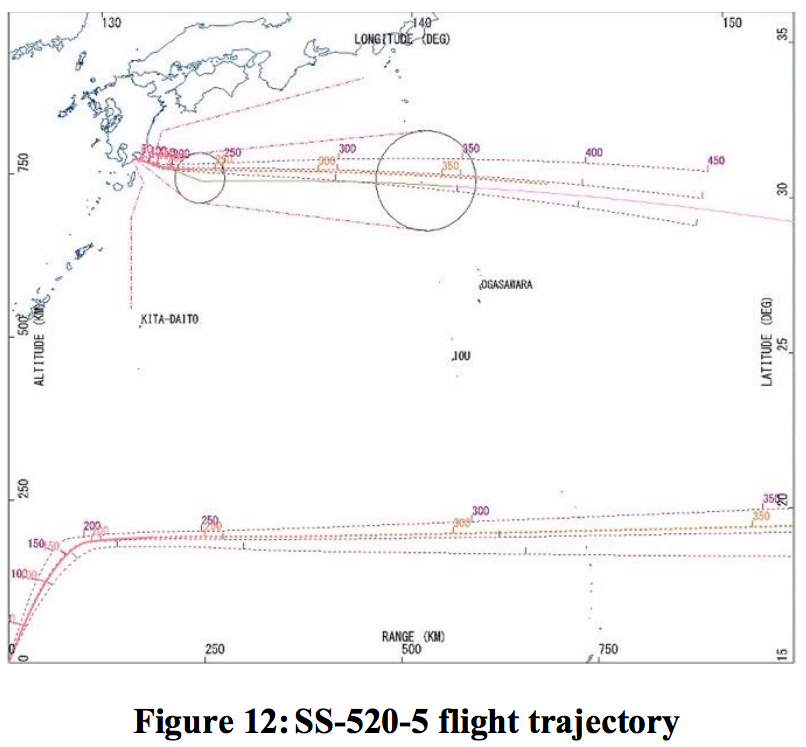 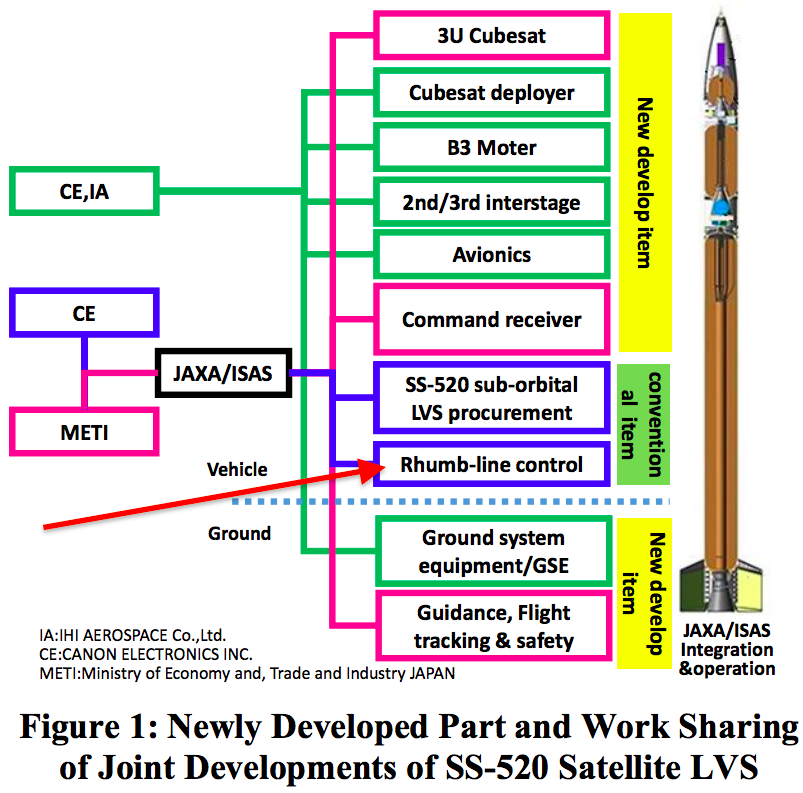 “Sailing a rhumb line” means holding a constant compass bearing. For short distances, this stays close to a great circle path.But at longer distances and/or higher inclinations, the rhumb-line path “tends north” of a great circle as shown in the Questions globular image.

For a fast, short launch, a rhumb-line trajectory has the advantage of simplicity. As seen in Organic Marble’s (now deleted) answer, you can steer a constant bearing with a very simple guidance system that rides a constant bearing from the Sun (not quite a rhumb line, the Sun moves a bit, but see below)

The specific example of indexing off the Sun’s bearing is a slight improvement, as the Sun is also “heading west” as seen from the launcher so its bearing stays aligned with the initial part of an orbital path.

Not the answer you're looking for? Browse other questions tagged launch trajectory navigation flight-control launch-trajectories or ask your own question.

12
Has there ever been a completely solid fuelled orbital rocket?
6
If there "won't be" rockets to launch individual cubesats, then why did JAXA build exactly that? (SS-520-xx)
4
How do small, spin stabilized launchers follow a rhumb line?