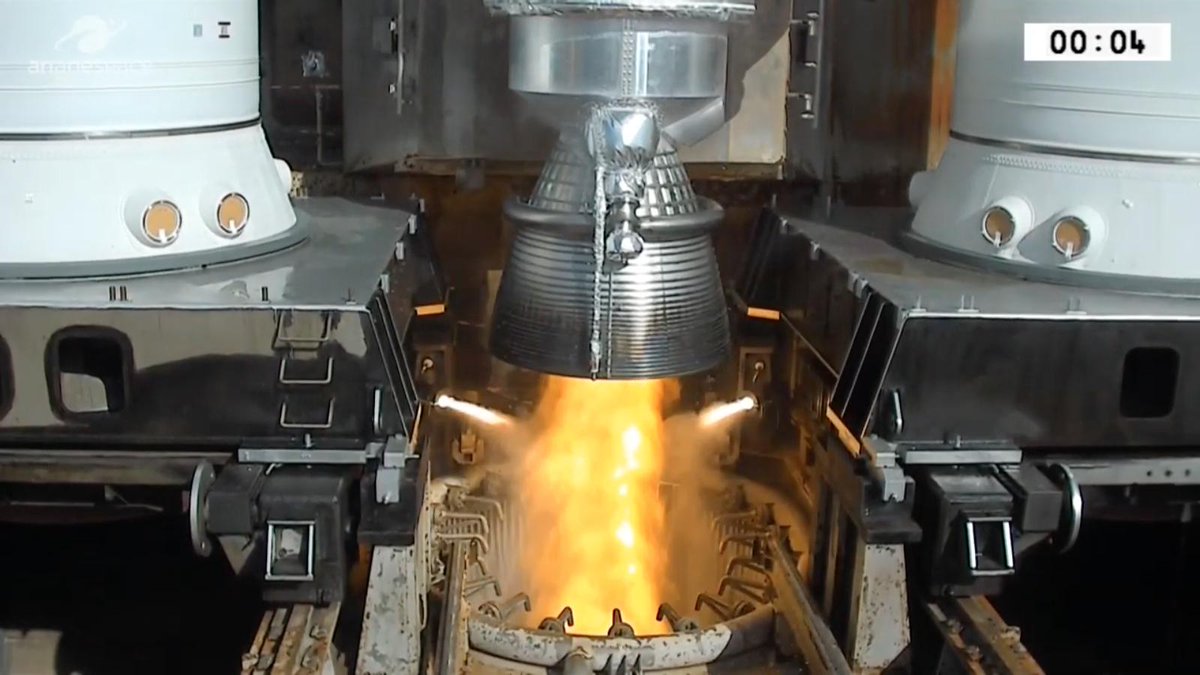 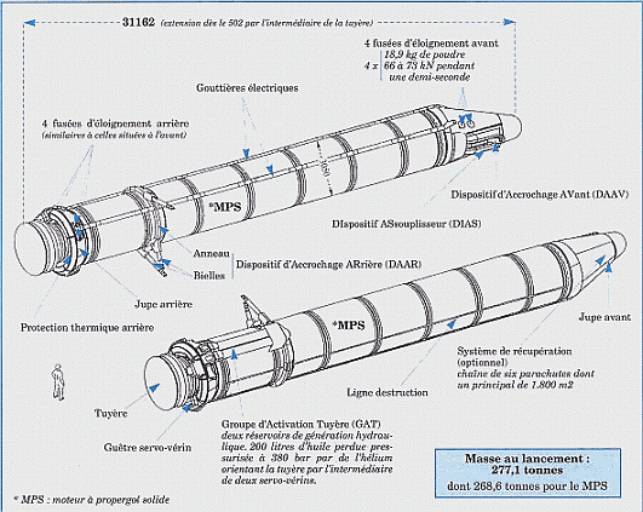 They are the business ends of the fusées d'éloignement, or separation motors, which push the SRBs away from the core after they burn out. There are four, not 8, at the bottom of each booster, and four more at the top -- all pointed generally inboard to drive the SRB casing away, but not so directly inboard as to impinge exhaust plumes on the core. 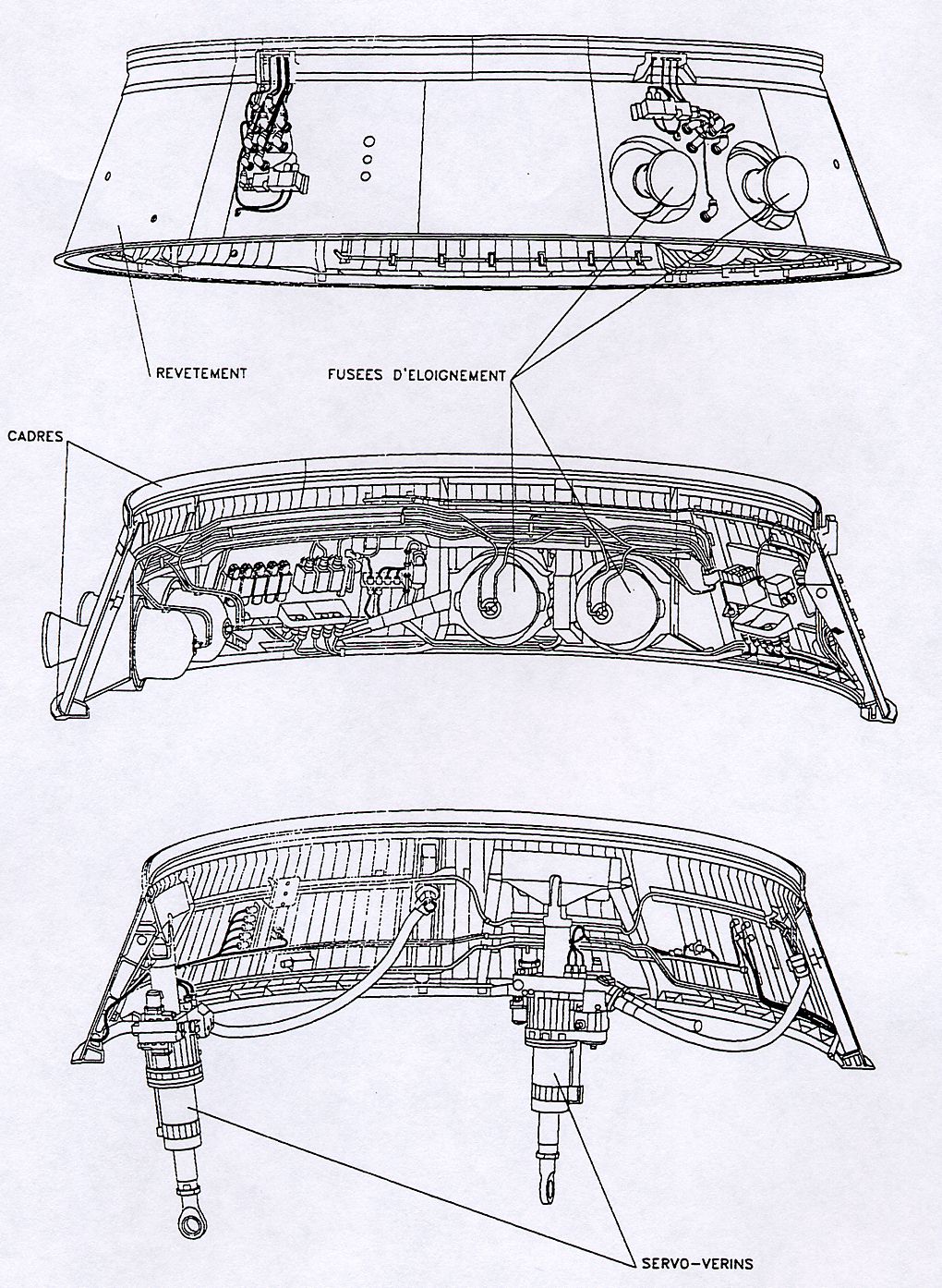 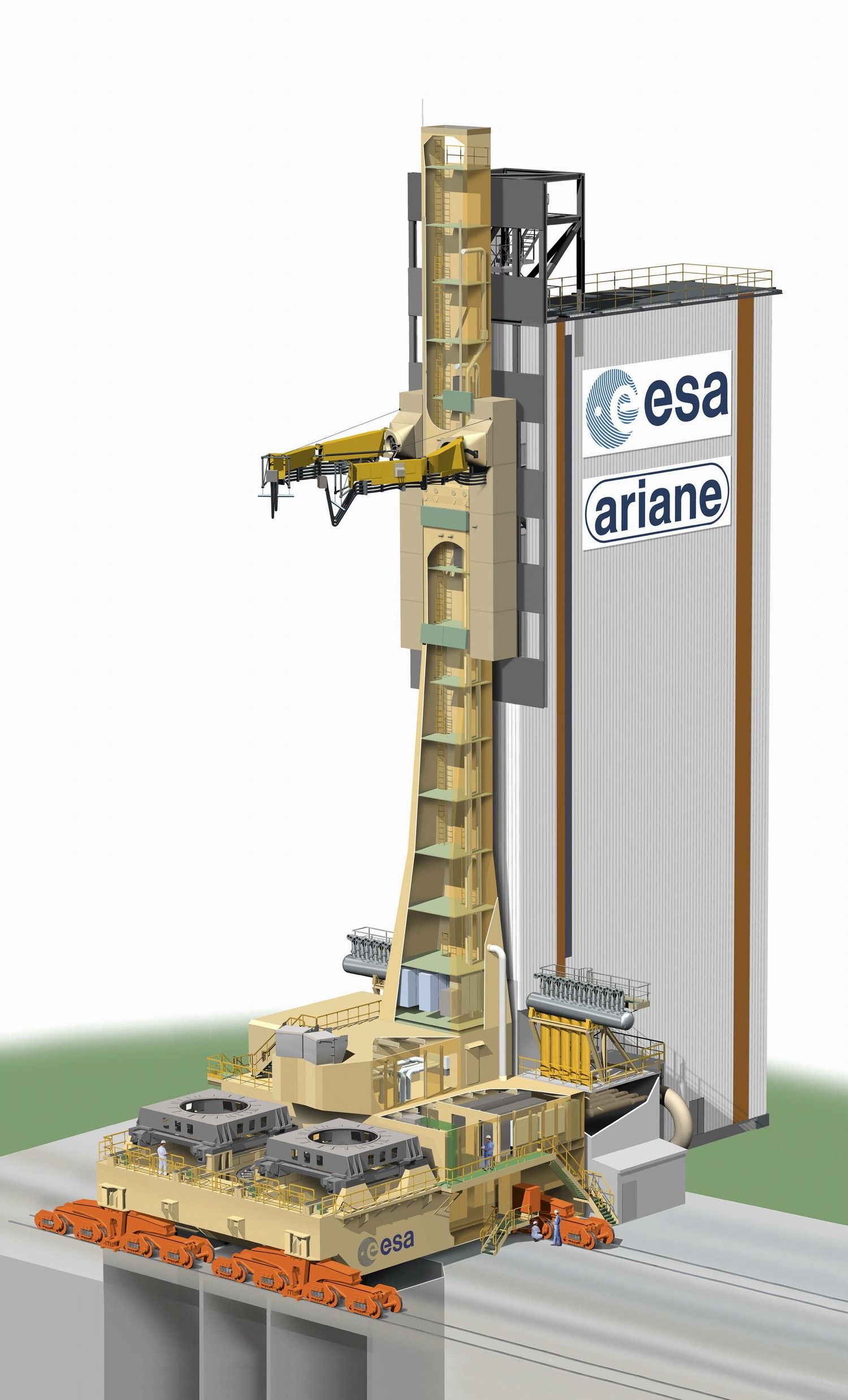 5
Did the shuttle SRBs have separation motors?
8
Have any launch systems other than Saturn V used a controlled release?
5
French terminology for the space industry
2
What would happen if one Ariane V SRB did not ignite properly? (there may be no lock-down mechanism)

9
What is the white spray-pattern residue inside these Falcon Heavy nozzles?
2
What are these giant NASA boxes?
14
What are they doing to this rocket following its test fire?
6
What is this flying debris during Ariane 5 liftoff
3
What are these two little valve stem-like projections from the Northrop Grumman STAR 15G upper stage rocket motor? Why doesn't the STAR 20 have them?
10
What does the Ariane 5 rocket use to turn?
2
What are these things on SLS' engine mount?