Saint Elmo's fire on the ISS? What are these green glowing balls of plasma on a solar panel? Dangerous?

Almost the entire population of Egypt lives within a few miles of the Nile.

But my eye is on the green glowing balls on what looks like it might be a solar panel.

Question: What are all these little green glowing balls of (presumably) plasma on this (presumably) solar panel on the ISS? Saint Elmo's fire? Its space station equivalent? What exactly causes it? It looks like an electrical discharge but that's not something you'd normally want to be doing on solar panels, wouldn't there be a preferred pointy thing to discharge the ISS with?

See answers to How do spacecraft measure their own charge? 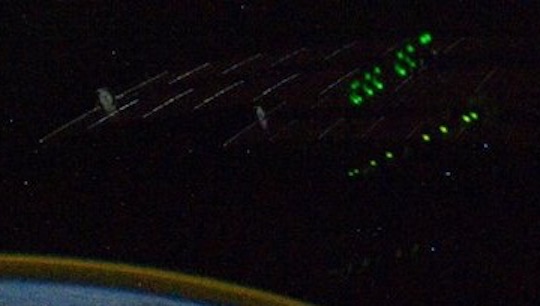 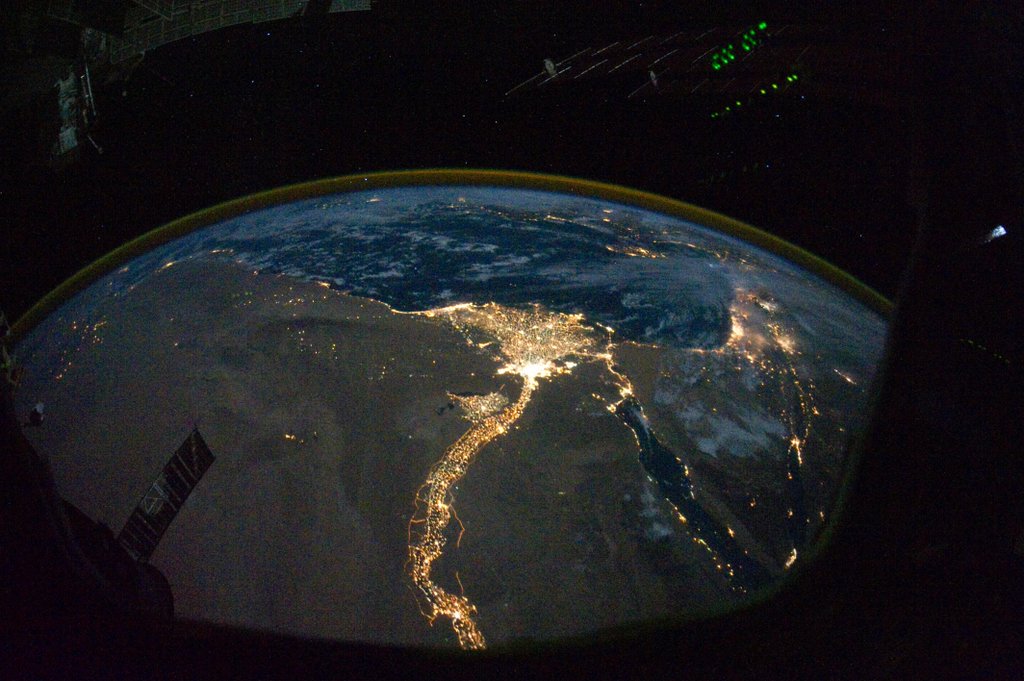 It's an internal reflection. I wish I knew of what exactly, but here's the same line of green LEDs in a different picture. Some gadget in the cupola. 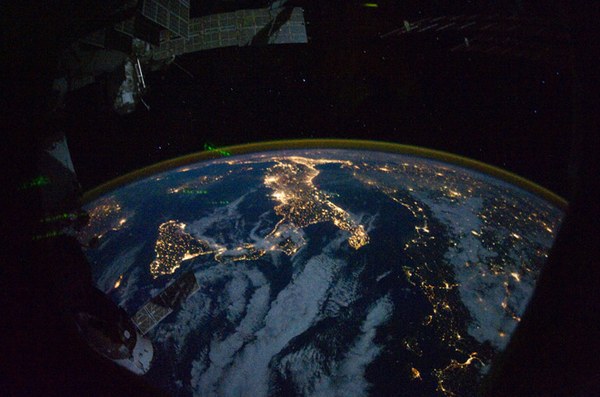 I am not promising this is the source, but the Robotics Workstation (mounted in the cupola) has a lot of green LED illuminated buttons on it and you can see them reflecting all over the place here. 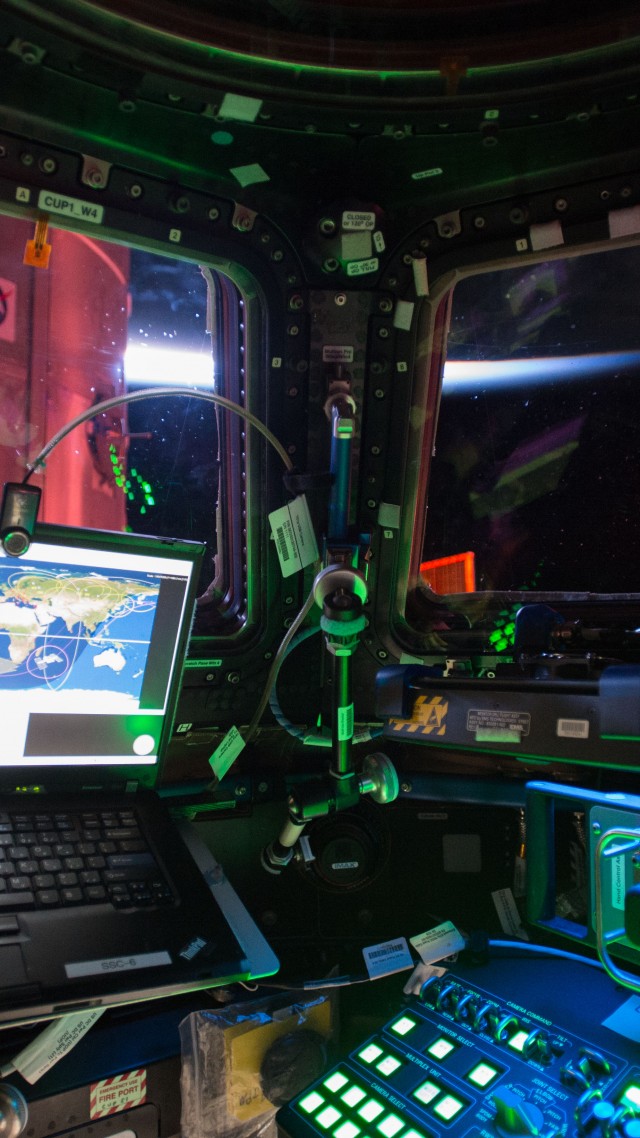 Not the answer you're looking for? Browse other questions tagged identify-this-object plasma or ask your own question.

8
What does the exhaust plume of a rocket look like in vacuum?
13
What is Earthy controlling in the ISS cupola?
9
How do spacecraft measure their own charge?
4
Did the Space Shuttle crew have to worry about the ionosphere? What relevant training or specific briefings did they receive?
1
Do ISS crews have to worry about the ionosphere? Have hazards to EVAs or surface arcing/functional anomalies happened due to ionospheric charing?

14
What are these tiny triangular fins on the Soyuz launcher?
5
What are these discs on the Crawler-Transporter?
9
What are these stacked panels on the ISS in this image?
2
What are these giant NASA boxes?
14
What are they doing to this rocket following its test fire?
13
What are these circular spots on these Ariane V SRB nozzles?
1
What cubesats are these, what flags are on them, and why? What's the background story?
1
What are, and what has been learned from making plasma crystals in space? Is a tl;dr-like answer possible?
4
What are these two devices extending from each end of the Progress MS16 cargo ship's solar panels?