What happened to 2 of the 3 radiators on P6 on the ISS?

What happened to 2 of the 3 radiators on P6 (solar array) when P6 was moved from Z1 (the top) to its final position on the port side?

Initially I thought 2 were removed and placed on P1 and S1, making the total there 4, with additional 2 later on for the final 6 we see today. One of the sources of confusion is the view after STS-120 (when P6 was moved) where 4 radiators can be seen on P1 and S1 (2 more than before, and 2 fewer on P6), as shown below.

But after checking the ISS guide (PDF; 37 MB), I'm not sure if they're interchangeable, as two types of radiators (I think) are mentioned: Heat Rejection Subsystem (P1 and S2?) and Photovoltaic Radiators (solar arrays?).

Why did P6 not work with just one radiator before and with however many required on P1 and S1?

Information and work on the radiators is sparse on Wikipedia. For example it's mentioned in passing on the STS-120 page, simple stating:

Which doesn't tell much really. For good measure I watched the STS-120 Post Flight Presentation. Again, little to none on the work done on the radiators.

tl;dr the P6 truss had a special cooling system installed on it to provide thermal control of the proto-ISS until the full external thermal system was installed. This system incorporated two special radiators that were eventually stowed.

For a spacecraft that had to provide all the normal functions (GNC, life support, thermal regulation, propulsion, etc.) through a protracted, piece-meal assembly in space, the ISS had surprisingly few systems dedicated just to the assembly phase which ended up not being used in the final configuration.

One such, however, was the Early External Thermal Control System. 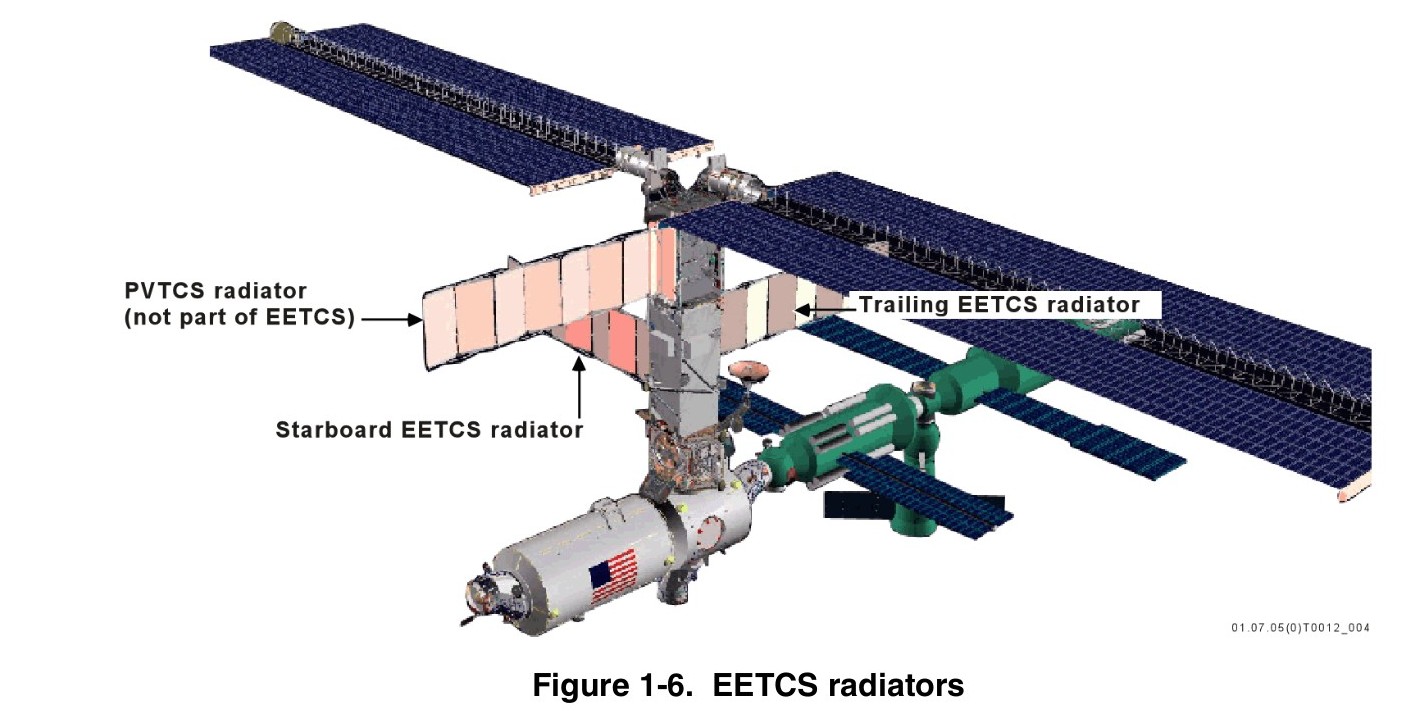 Each segment of the truss which carries a solar array has a PhotoVoltatic Thermal Control System (PVTCS) with an associated radiator to cool the electrical equipment associated with the array. P6, the first array-carrying truss segment to be brought up, had that radiator along with the EETCS radiators, as shown here.

The PVTCS radiators are still used in today's ISS configuration along with the External Thermal Control System radiators which supplanted the EETCS. 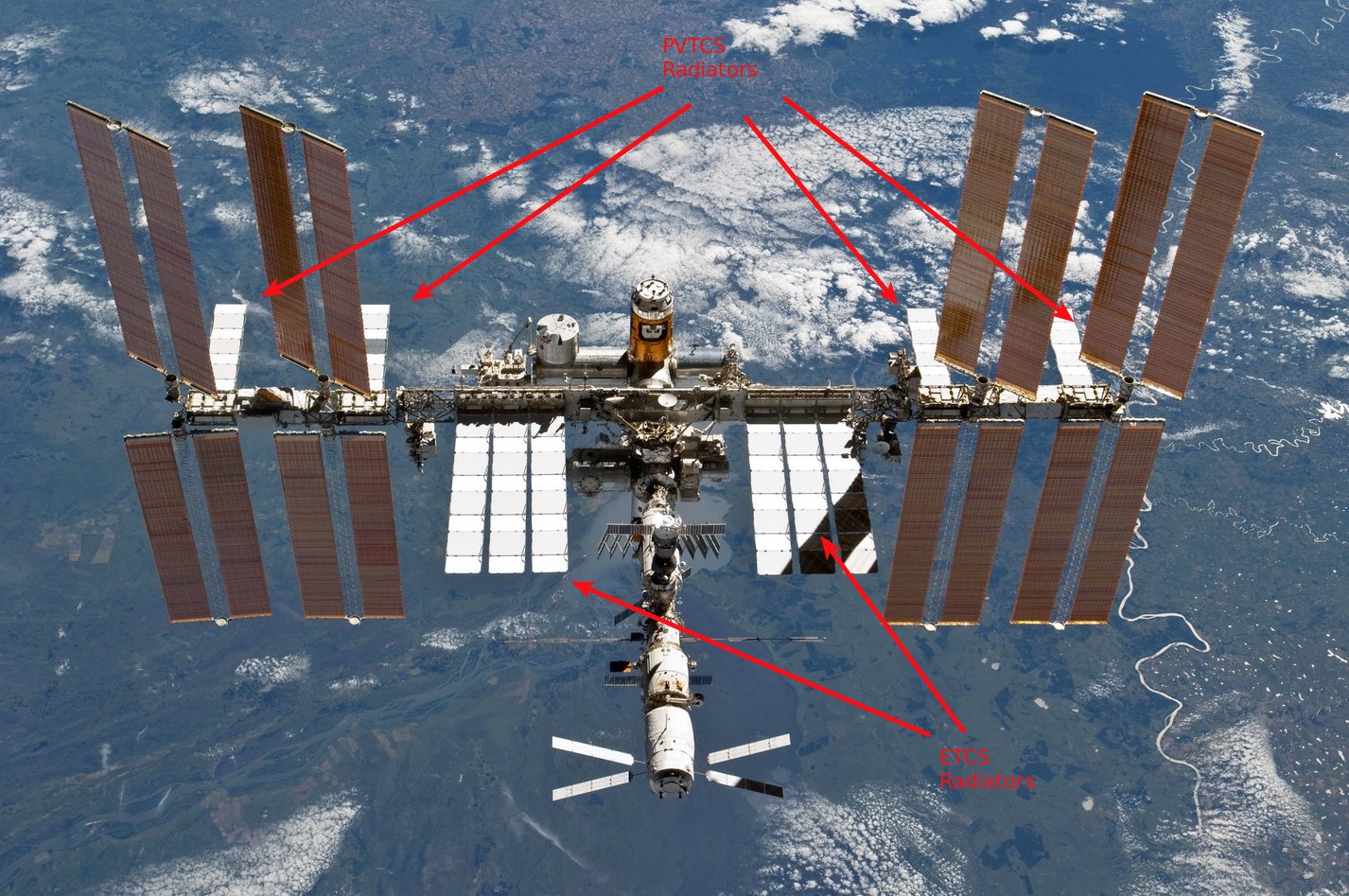 Not the answer you're looking for? Browse other questions tagged iss orbital-assembly radiators or ask your own question.

8
Does NASA have a space tug project to bring a habitable module to the ISS?
11
What would happened if the ISS was depressurized while astronauts were sheltering?
22
Why aren't the ISS's nor Space Shuttle's radiators black?
6
What actually happened here with a satellite, the ISS and the moon?
11
How were the ISS compartments attached and pressurized?
4
Why do the ISS' Thermal Rotary Radiators need to tilt?
5
Does the ISS yaw in orbit? And if so, why?
14
What happened to the HDEV ISS Experiment? Is it over?
0
Can Vacuum nozzles be used as cooling radiators in LEO?