What factors determine the altitude at which rocket exhaust plumes start blooming hugely?

The images below are from a much larger set of photos in Spaceflight Now's August 8, 2019 article Photos: Atlas 5 paints the sky with spectacular sunrise launch.

They show several effects related to the illumination of the Sun during sunrise, but my question is about the sudden blooming of the exhaust near what I assume is the end of the first stage burn.

Question: What are the factors that determine at what altitude the exhaust plume starts blooming out to such a huge size? Is it just the ambient pressure, or do the specific engine parameters have an effect as well? What about airspeed? 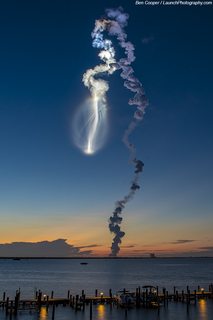 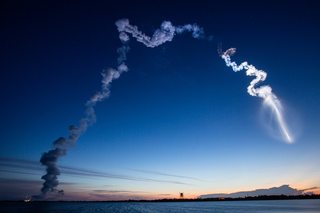 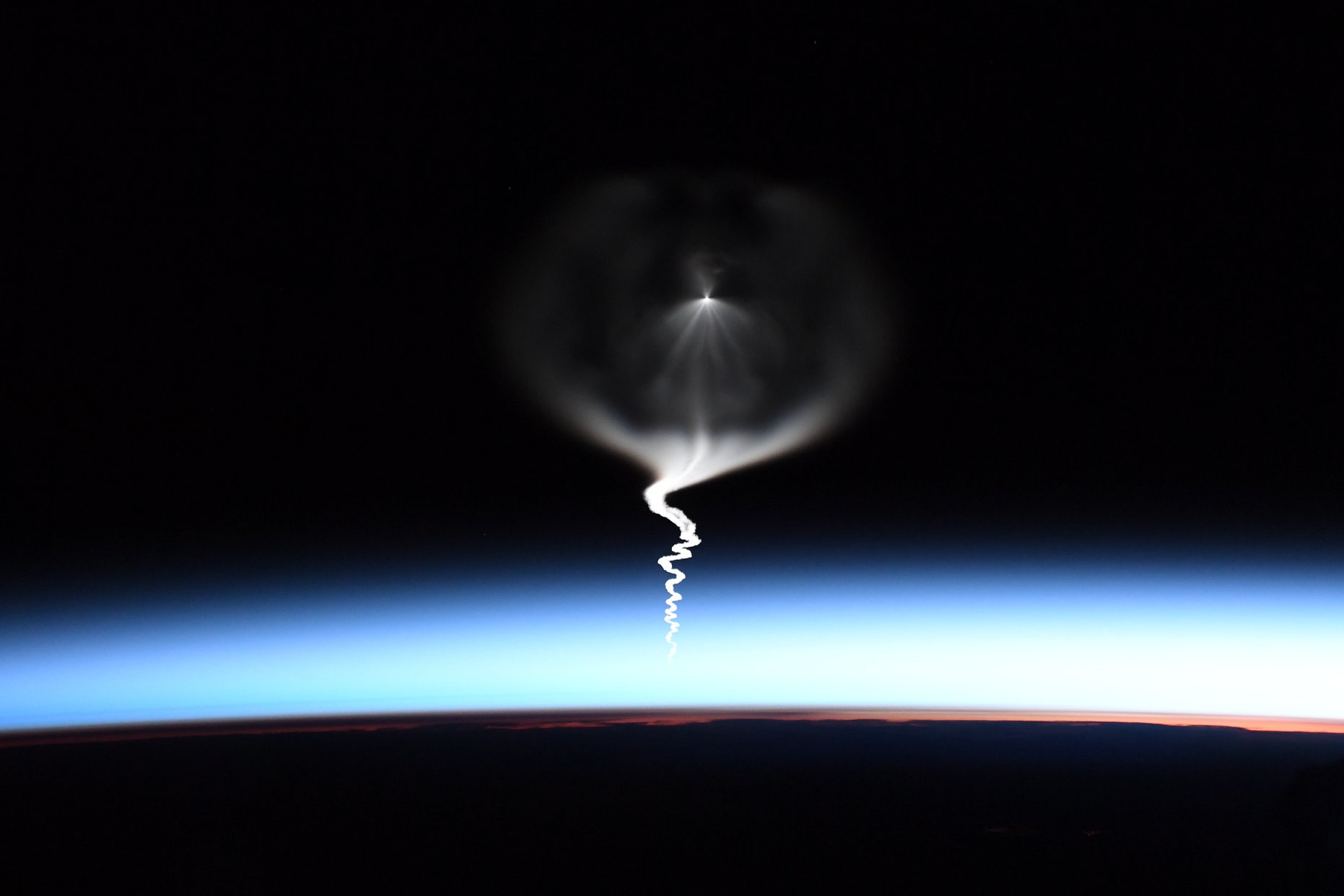 There are fundamentally 2 things at play here: the pressure of the rocket exhaust, and the atmospheric pressure. As a rocket ascends, eventually the atmospheric pressure will drop enough that this occurs. When this happens, however depends on the pressure of the rocket exhaust. This in turn is dependent on nozzle shape, exhaust velocity, and a bunch of other more technical factors. 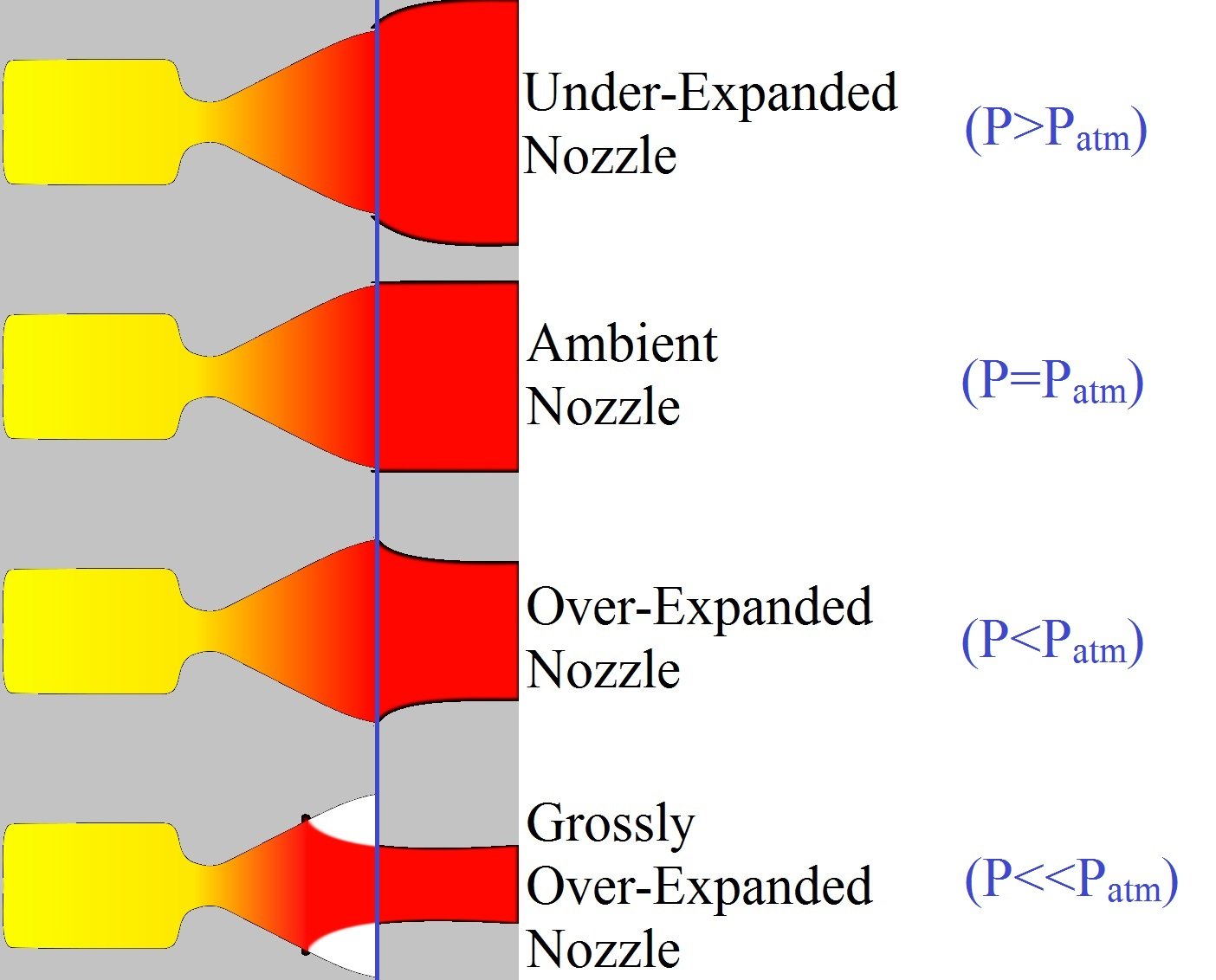 I think this is a contrail effect just like those caused by aircrafts.

Both aircraft jet fuel and rocket fuels like RP-1 and liquid hydrogen produce a lot of water vapor when burned within the respective engine.

Depending on the temperature and humidity at the altitude the contrails form, they may be visible for only a few seconds or minutes, or may persist for hours and spread to be several miles wide, eventually resembling natural cirrus or altocumulus clouds.

At high altitudes as this water vapor emerges into a cold environment, the localized increase in water vapor can raise the relative humidity of the air past saturation point. The vapor then condenses into tiny water droplets which freeze if the temperature is low enough. These millions of tiny water droplets and/or ice crystals form the contrails. The time taken for the vapor to cool enough to condense accounts for the contrail forming some distance behind the aircraft. At high altitudes, supercooled water vapor requires a trigger to encourage deposition or condensation.

The rocket engine nozzle expansion does not influence the production of water vapor. 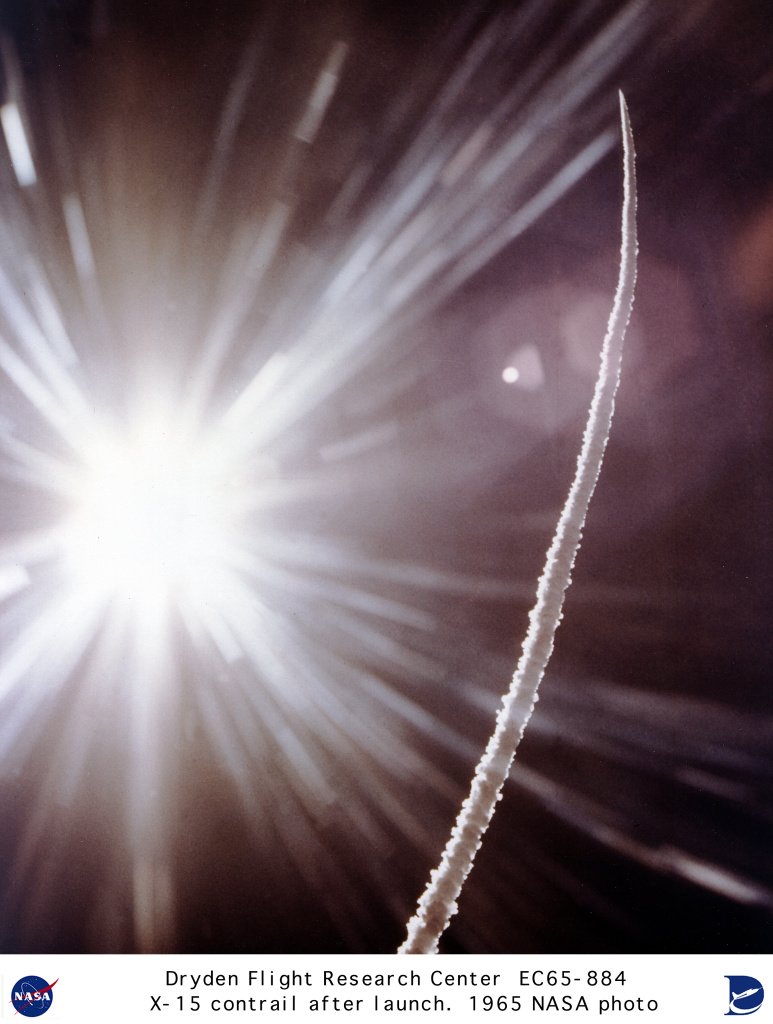 NASA photo of a X-15 contrail from this page. 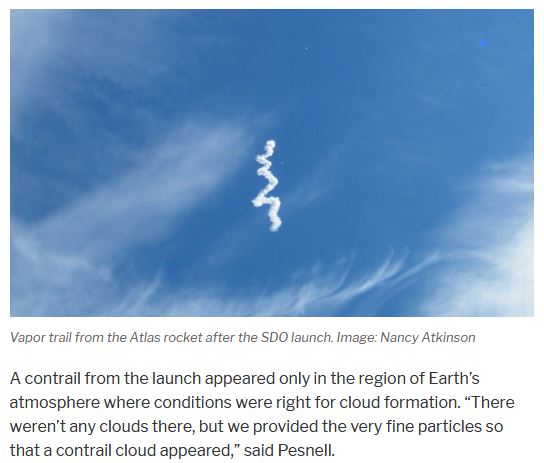 This layering of the air into wet and dry layers is not limited to clouds. Seemingly clear air also contains exactly the same kind of variation in layers. This was very neatly illustrated by the recent launch of the Solar Dynamics Observatory. As it ascended it did not leave a contrail, until it hit a layer of wet air, when it left a contrail that lasted quite a while, and then it went into dry air again, and no more contrail.

Not the answer you're looking for? Browse other questions tagged launch engines atmosphere nozzle exhaust or ask your own question.

8
How can firing a Space Shuttle OMS engine below 21 km cause its nozzle to “collapse”?
4
What is the 'Summerfield criterion' regarding rocket exhaust expansion