China, UAE and US all sending missions to Mars in 2020 (Summer of L̶o̶v̶e Mars); how far apart are their frequencies?

ExoMars 2020 is due to launch during a narrow window open between July 25th to August 13th 2020, during which China and the US will launch their own rovers as well. The three spacecraft will each have their own separate mission.

Question: How far apart will the frequencies be for these three missions? Conceivably there could be three ground stations on Earth simultaneously transmitting towards these three missions with overlapping beams, or three ground stations listening at the same time. All receiver front-ends will have some ability to reject out of pass-band signals, but the farther the frequencies are away from each other, the easier it will be to reject the strongest signal and pick up the intended weakest signal.

July/August 2020 will be the "Summer of Love Mars"

There is an international standard for space communications https://ccsds.org/ Therefore it is no more difficult than WiFI 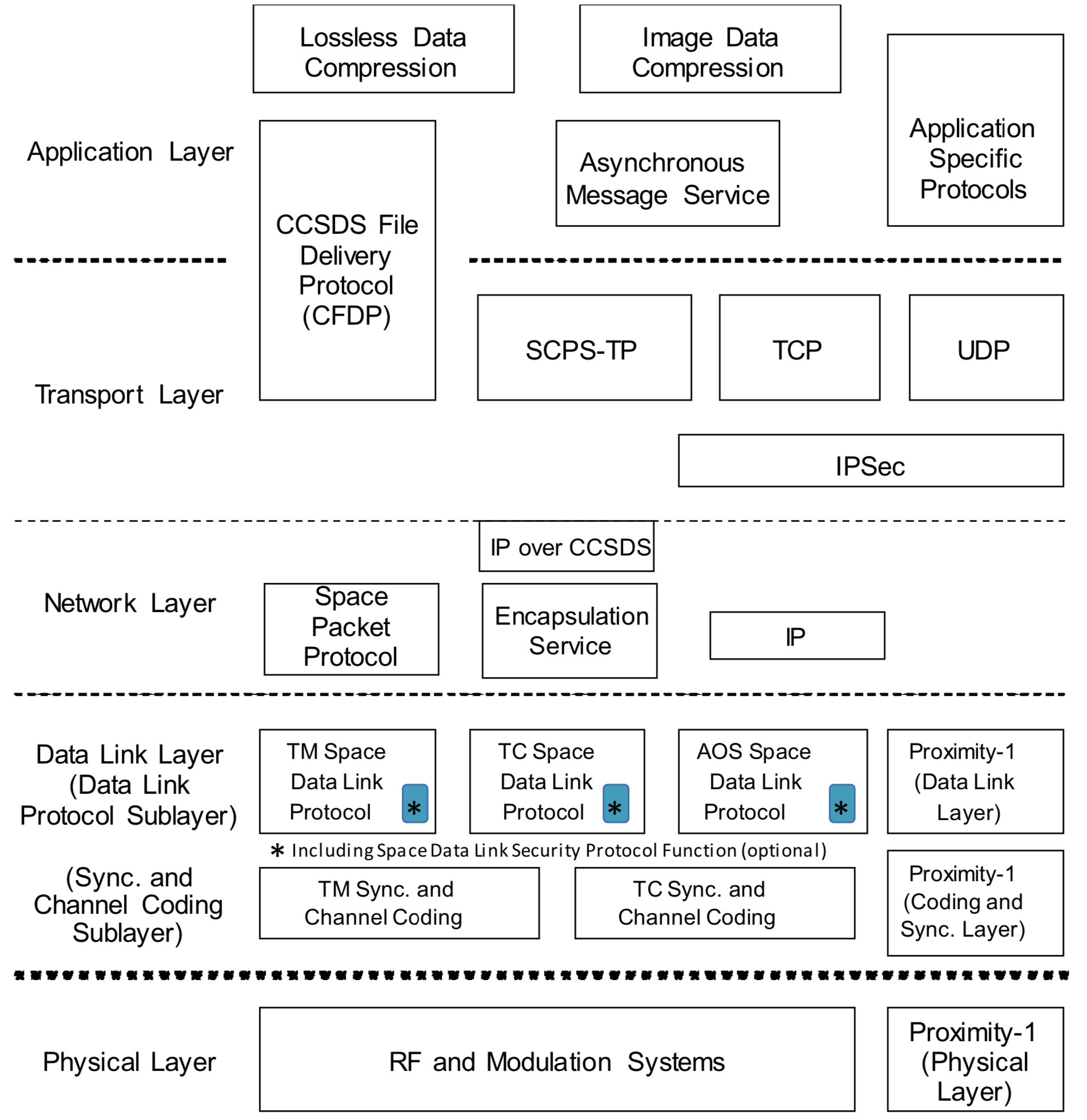 This successful partnership between ISO and the CCSDS is also evidenced at Mars, where all spacecraft have implemented standard data communications protocols developed by the CCSDS and accepted by ISO on their long-haul links back to Earth. Last month, during the CCSDS bi-annual meeting being held in Toulouse, ISO TC 20/SC 13 considered CCSDS’s latest newsmaker at Mars, a specialized communications protocol called Proximity-1. During demonstrations sponsored by NASA and the European Space Agency (ESA) in February 2004, Proximity-1 was instrumental in establishing the first in-orbit communication between NASA and ESA spacecraft, as well as the first working international communications network around a planet other than Earth.

Prior to the development of Proximity-1, earlier missions like Mars Pathfinder had to transmit data directly from the Martian surface millions of miles to Earth. Because of the great distance between the two planets, as well as the rover’s limited transmitter, transmission signals using this communications path were weak and data reliability was limited.

For example Talking to Martians: Communications with Mars Curiosity Rover

In terms of communications capabilities, MRO has transceivers at three different frequency bands:

X-band: 8 GHz Primary communications with Earth during the launch and cruise stage and also while orbitting Mars. The centre frequencies used are 8.439 GHz for transmit (Tx) and 7.183 GHz for receive (Rx). A bandwidth of 50 MHz is allocated. Ka-band: 32 GHz Experimental payload to investigate the performance for space to Earth communications compared to using X-band. Only transmit is used by MRO. The centre frequency is 32.0 GHz. A bandwidth of 500 MHz is allocated for Ka-band. UHF: 400 MHz Used for relaying commands and data from rovers on Mars' surface back to Earth. MRO has 16 preset channels, ranging in frequency from 390 MHz up to 450 MHz. When using half-duplex (transmit or receive, not both), any channel can be chosen, but when using full-duplex Tx channels are chosen from the range 435 to 450 MHz and Rx channels from the range 390 to 405 MHz.

All but the Chinese use the Deep Space Network, so the DSN is in charge of coordination. Spacecraft also need a surprisingly low amount of communication time with the ground, and they have a unique ID to check that the messages they receive are indeed destined to them. Spacecraft operators know the exact frequency of their spacecraft radios, and communicate that to operators.

ExoMars, EMM / Amal / Hope, and Mars 2020 Perseverance all use NASA's Deep Space Network (DSN) for at least part of the mission. The current mission set (link to the public April 2019 Excel file) ExoMars, EMM and Mars 2020 have the launch date, the future critical event and expected end of mission dates (respectively rows 44, 11 and 29 in the April 2019 list).

The DSN is composed of three communication sites: Goldstone, Canberra and Madrid. This allows deep space missions to be in sight of two sites at all times. ESA does have Estrack, but they will still use the DSN for critical events (src):

The NASA Ground Stations & Communication Subnet (DSN), to be considered for “critical phases“ like Safe Mode(s) or Flight Software upload or for “extreme contingencies” like the loss of SCC attitude

Telecommunication can be tricky for spacecraft, especially scientific missions. Scientists want to collect as much data as possible to perform lots of calculations on the ground. Engineers determine the data bandwidth available to the spacecraft based on the chip rate, the data modulation, the carrier frequency, and the bandwidth reserved for telemetry (metrics used for the state of health of the spacecraft). Moreover, spacecraft navigators must perform tracking measurements with the spacecraft: these require antenna time, but do not necessarily transfer data between the ground and spacecraft.

Summarizing: deep space spacecraft will need antenna time for tracking every few days for 4 to 8 hours (assuming a tracking measurement every 60 seconds, which is the common sample rate for DSN tracking). Then, after tracking, the antenna is reserved for another 30 minutes to 2h (depending on the mission) for data transfer only. Hence, a deep space spacecraft only communicates less than a dozen hours every few days.

Source: me, as a spacecraft navigation engineer on an upcoming Moon mission.

Since all missions adhere to the same communication frequency bands. These are specified by the International Telecommunications Union (ITU), and all deep space missions launching from a country which is part of the ITU must obey these rules (summarized on Wikipedia).

Since communication is quite limited (as we saw above), it's the job of the DSN to tell spacecraft operators when they will be communicating with their spacecraft. This is usually frozen two weeks ahead of the tracking and communication pass.

Moreover, there is an international agreement on the data formats for space communication: Consultative Committee for Space Data Systems (CCSDS). One of the (very many) agreements, is that the spacecraft packets must start with a Spacecraft ID, which uniquely identifies a spacecraft. The list of these IDs is searchable here. Typically, spacecraft radios include the spacecraft ID in the decoding and encoding circuits in a way which cannot be overwritten or corrupted by radiation. Just like an ethernet or Wifi network card, the radios are programmed to ignore all packets they receive which do not start with their spacecraft ID (in the case of computer network cards, you can do some low level stuff to still read those packets, but that's a whole different conversation).

Do spacecraft use the same frequencies? No. They all have slightly different frequencies in the same telecommunication band. For spacecraft which will use the DSN, the frequency must be approved by NASA's frequency allocation office (and this can be a long process).

Spacecraft operators and the DSN are aware of the exact transmission frequency of each spacecraft. The DSN can also correct for expected Doppler shift due to the relative speed of the spacecraft compared to the ground station. DSN is also aware of each critical event of the mission.

If the spacecraft faces an anomaly, the DSN will try to schedule a time slot sooner for engineers to debug the problem. It's also important to note that each DSN site is composed of several antennas, and one antenna can transmit on several slightly different frequencies allowing for mutliplexing of communication by antenna. Whether or not DSN dedicates one antenna to a given spacecraft during a communication pass depends on spacecraft radio power and the criticality of the situation. I believe that for the Phobos Grunt anomaly, DSN would dedicate an antenna to tracking and attempting to communicate with the probe.

Not the answer you're looking for? Browse other questions tagged radio-communication russia china perseverance exomars or ask your own question.

14
Is this what station keeping maneuvers look like, or just glitches in data? (SOHO via Horizons)
14
How is RF spectrum usage coordinated in Mars orbit?
4
Missions at or soon-to-be at Mars and their DSN “codenames”?
12
Has DSS-43 ever been used in high power mode (>>20 kW) for an emergency situation?
3
Will the Emirate Mars Mission, Tianwen-1 and Mars 2020 Mission get closer to each other or spread out on their way to Mars?
2
What is the purpose and necessity of this giant structure being used in tests of China's Mars lander?
4
Does NASA's Deep Space Network sometimes listen to other space agencies' spacecraft “just for the heck of it” or other non-mission related reasons?
3
Where on Mars will China's rover land?
2
Perseverance current position
2
For the three spacecraft now on their way to Mars plus ExoMars, how many have any solar power capability during transit?
See more linked questions

18
Curiosity is still dirty! How will the ExoMARS Rover keep its solar panels dust-free and collecting sufficient power?
1
Could Schiaparelli's retroreflector array (still) be used?
2
How does the Mars 2020 rover's suspension and center of gravity compare to Curiosity's?
4
Will the Mars 2020 rover's sensitivity to methane be better than Curiosity's?
33
Is it possible that Curiosity Rover measured its own methane or failed doing the spectrometry?
3
Where on Mars will China's rover land?
1
Will the Mars helicopter be able to remove the dust from solar panels?
6
How could the landing date of Perseverance Rover be fixed irrespective of 26 days launch window?
3
Will the Emirate Mars Mission, Tianwen-1 and Mars 2020 Mission get closer to each other or spread out on their way to Mars?