What is the optimal inclination change strategy?

Consider a transfer between two circular orbits of similar radius, the only difference being the inclination difference, $\alpha$. What's the minimal $\Delta v$ required to perform this transfer?

Inclination change strategies I have considered so far:

(measured in unit velocities of the circular orbit) 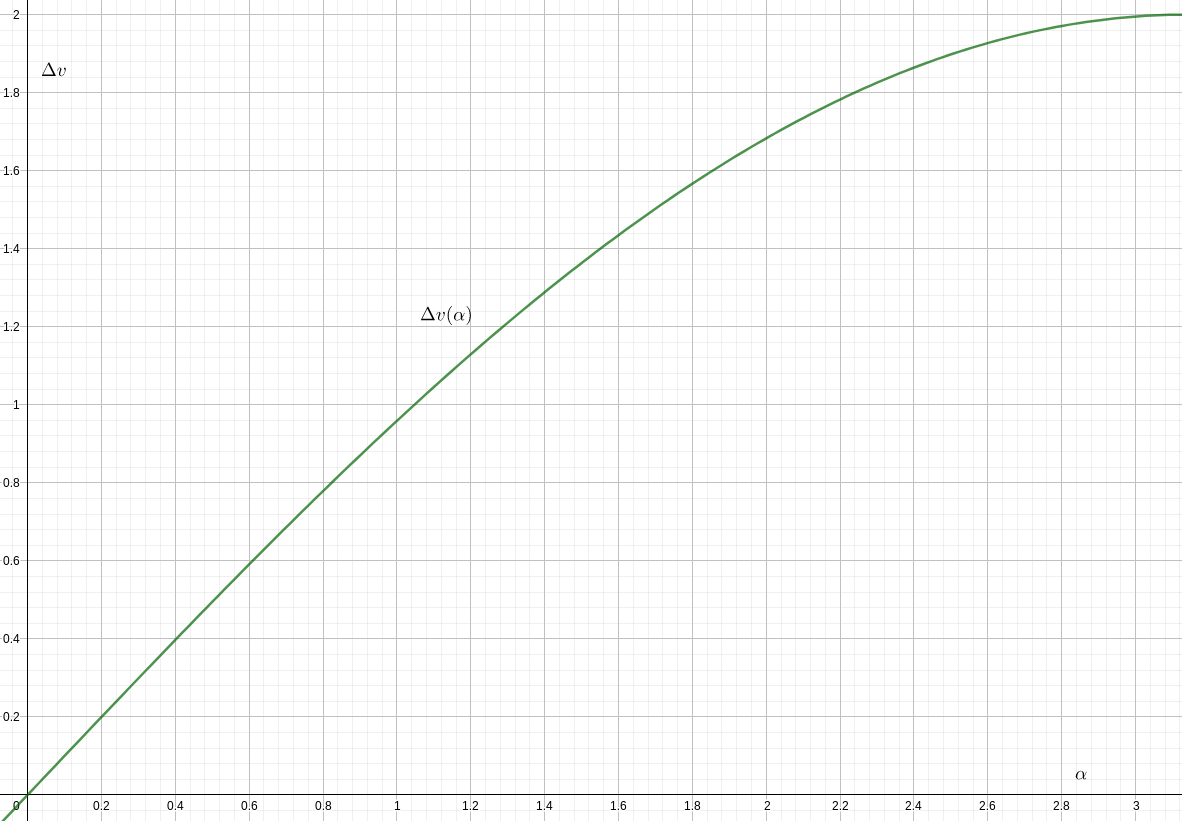 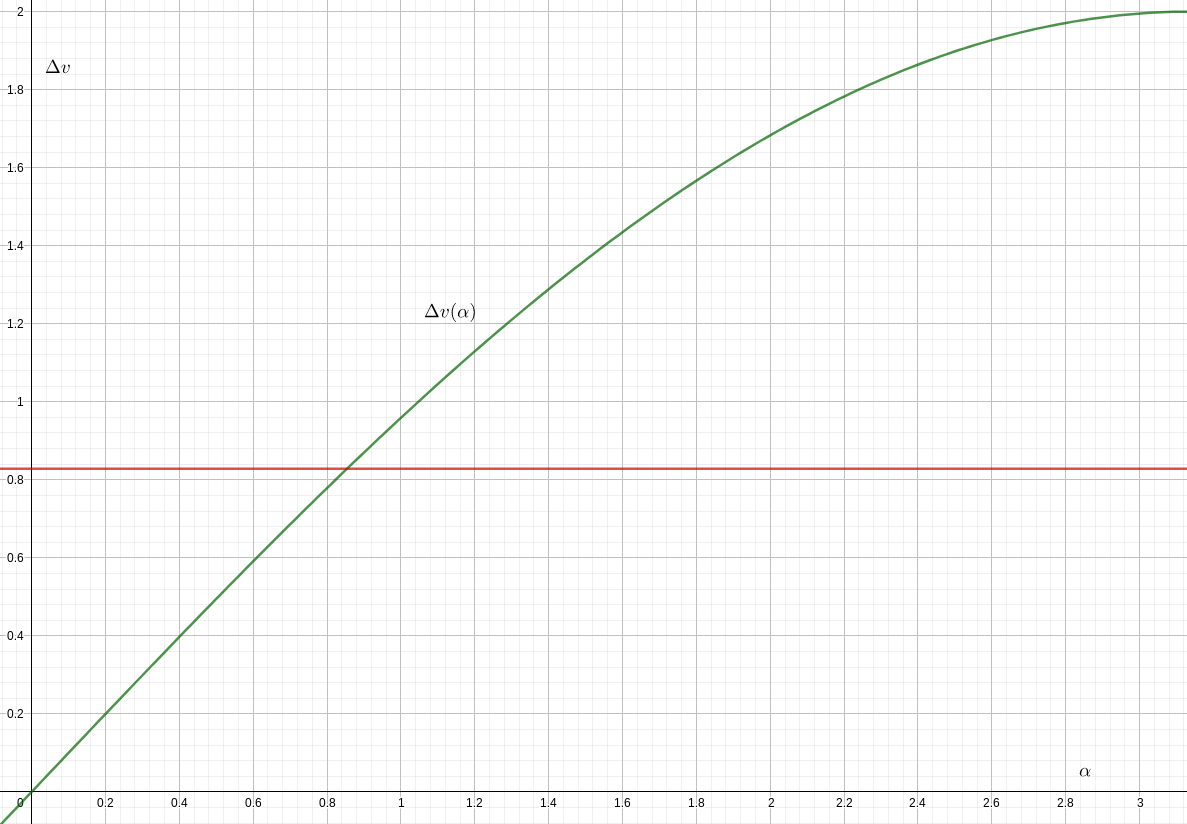 This only slightly cuts the corner between 1) and 2) 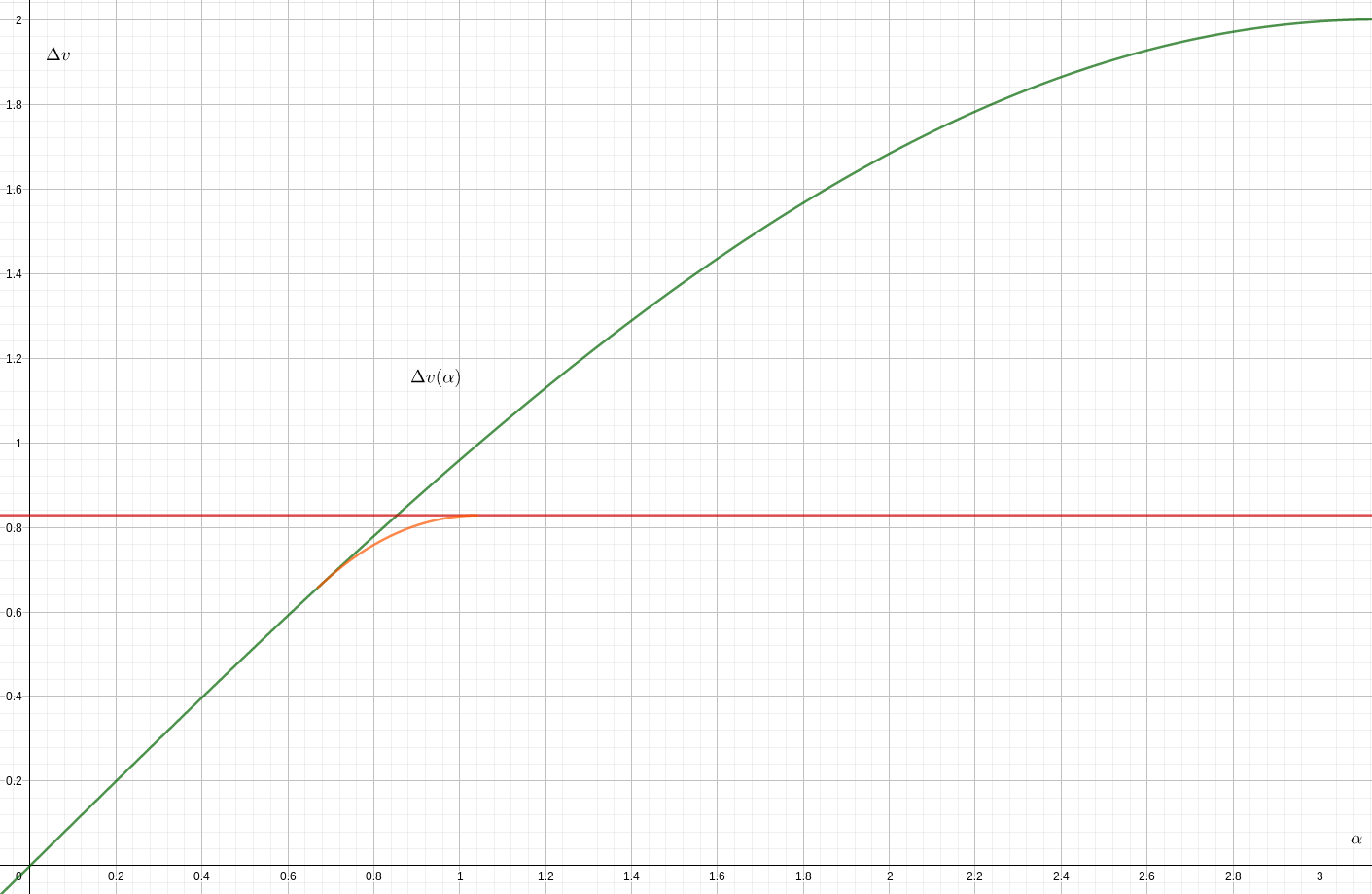 A numerical optimization for $A$ and $\beta$ is drawn in red in the diagram below. 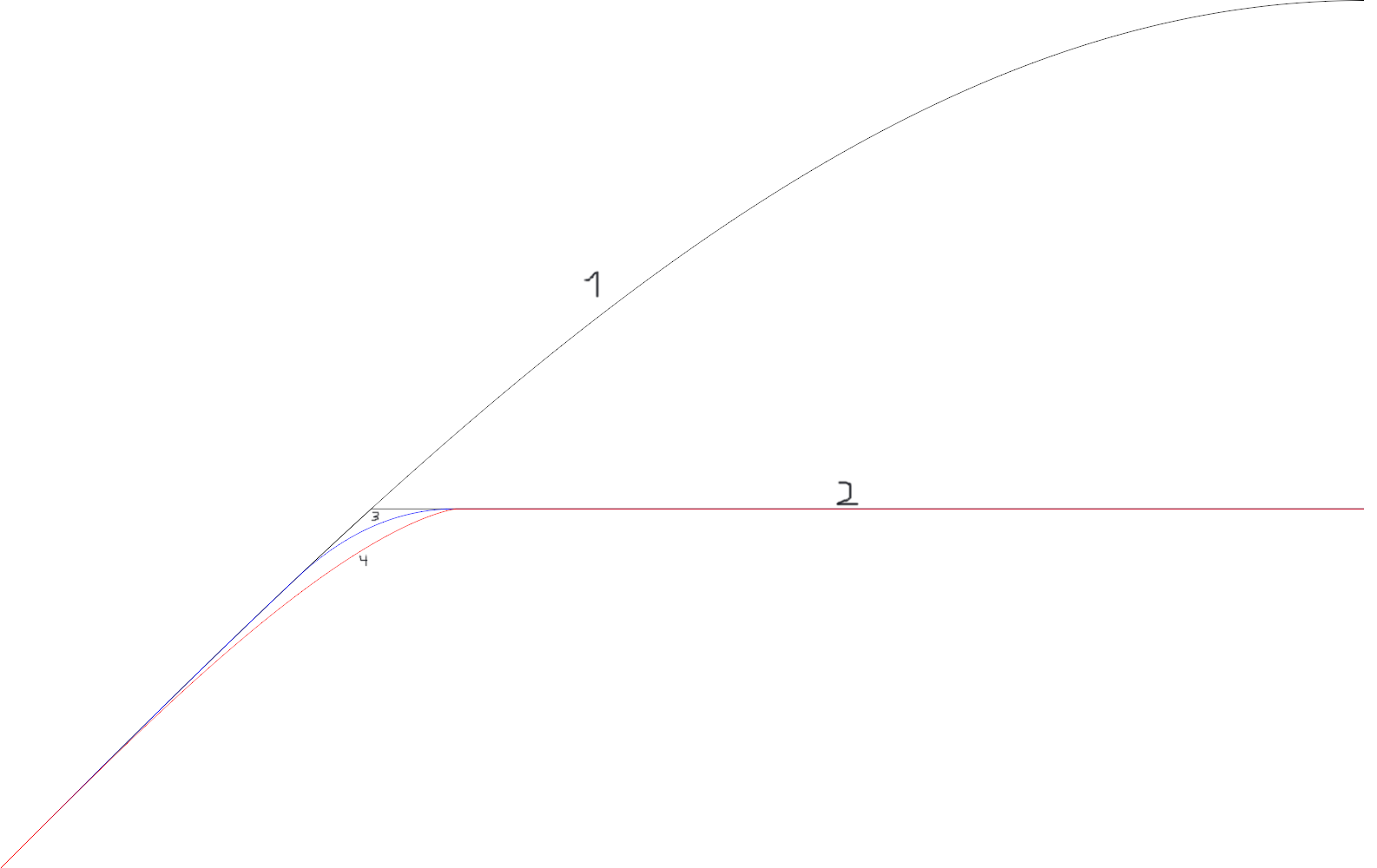 It's evident that strategies 3) and 4) are slightly more efficient in the region where 2) takes over for 1). Furthermore, 3) as a special case of 4) is never more efficient, so it's always beneficial to split the inclination change between all the burns.

Are there other inclination change strategies that are more efficient for some values of $\alpha$?

Do strategies 3) and 4) have some simple closed form that does not require numerically optimizing their parameters?

Edit: I have been able to find a closed form for 3)

The optimal apoapsis is

I will give my current best shot at this problem, and others should feel free to strengthen the argument with additional mathematics. (Or poke holes!)

You ask two questions, I will answer the first as the second has been partially answered by the update.

Are there other inclination change strategies that are more efficient for some values of $\alpha$?

I say no, that in fact you have found the optimal solution. Any inclination change (or any orbit change for that matter) is simply a change of the angular momentum $\vec{L}$ of the orbit. For a strict inclination change, the magnitude of $\vec{L}$ is constant, only its direction changes.

Now to achieve the inclination change, we can think of any burn as a change in angular momentum integrated over time: $$\Delta\vec{L} = \int{\frac{d\vec{v(t)}}{dt}\times\vec{r(t)}}dt$$ but in the case of impulse burns, it is the sum of discreet components $$\Delta\vec{L} = \sum{\Delta\vec{v(t)}\times\vec{r(t)}}$$ where $t$ need not be time in the second equation, just a parameter to indicate that such a burn occurs at the specified radius.

Your equations are simply explicit versions of the second equation. Then it just remains to see whether any further optimization is possible. Since you have optimized the enlarging, inclination change, and de-larging (is that even a word?) burns, we need only check to see if mid-course burns reduce the total $\Delta v$ expended.

My argument is no. Any such burns, as you mentioned, would be off-axis. Mathematically, they would introduce components to $\vec{L}$ that cannot be removed anywhere else but the exact opposite side of the burn (in the case of 2 mid-course burns) or add further mid-course burns to fix the unwanted components of $\vec{L}$. I am sure someone will find a better way to show this mathematically, but the intuition is that the nodes are being rotated around the orbit and not reduced in magnitude. This is just a waste of $\Delta v$.

For why these burns will always contribute more $\Delta v$ than they remove, I would posit the Oberth effect. Such mid-course burns would occur where the $\Delta v$ has less influence on the radius of the orbit than at the periapsis (which we already burned at!) I mentioned earlier that mid-course burns have unwanted components to them, but they may also have desirable components. I argue that these desirable components (radial, prograde) are better achieved at the initial periapsis burn due to the Oberth effect.

The conclusion is therefore that you have optimized the problem for the 2-body impulse-burn situation. Since any burn must necessarily take finite time, I am sure there are plenty of other optimization parameters that must be taken into account for a finite-time burn. But the gist is the same, a 3 burn inclination change will always be optimal.

I have presented a very hand-wavey argument without too much solid math, but I hope that this lays the framework for someone to hash out the math in a convincing and bulletproof form.

6
What is the highest number of impulses required for an optimal orbital transfer?
2
General Delta V Calculation for Two-Body-Problem
3
Delta-v cost of longitudinal plane change correction?
0
How to determine the delta V required in order for the satellite at pt. A to hit the earth at pt. B?

3
Optimum delta-v burn to change periapsis or apoapsis at an arbitrary point on an elliptical orbit?
9
Change of inclination using low thrust
4
Optimal change of argument of periapsis?
4
Deriving the changes in Keplerian Elements induced by small impulses
7
How to numerically solve an optimal thrust-vectoring problem?
6
Best time to perform an orbital inclination change — during ascent, or once in circular LEO?
1
How to calculate 𝛥𝑣 that required to change orbit with same radius but different inclination?
1
Keplers equation: written in change in eccentric anomaly
2
What's wrong with my bielliptic transfer calculation?
2
Are there uses for these 'quasi iso-propic' supersynchronous transfer orbits?