What was the quickest launch-to-complex-milestone time achieved by a shuttle mission?

The baseline reference mission "3B" had the shuttle launching from Vandenburg, rendezvousing with and retrieving a satellite, and returning it to Earth all within a single orbit:

The timings quoted there are necessarily rather brief with a resolution in minutes and seconds:

With less than 23 minutes to grapple with the payload, bring it on board, and secure it the pace is hectic, especially as compared to actual retrieval missions such as the final Hubble servicing mission STS-125 which berthed Hubble within the shuttle some 60 hours after launch. However that has the circumspect pacing of missions after the loss of Columbia, starting with an extensive vetting of the thermal tiles. Are there examples from other missions of notably early major milestones, such as launching or retrieving satellites?

No actually flown Shuttle mission executed such a quick timeline. The likelihood of crewmembers experiencing Space Adaptation Syndrome would have made it...interesting.

Crews were trained throughout the program to perform a superficially similar timeline called Abort Once Around (AOA) which also involved landing after a single rev. But major failures were required to get into an AOA and the timeline was substantially different than the reference mission in the question. For instance, the payload bay doors were not opened and the robot arm was not unstowed on an AOA. An AOA was never executed in reality, only in simulations.

Here is a summary timeline from the last mission's Flight Plan showing the Post Insertion timeline. 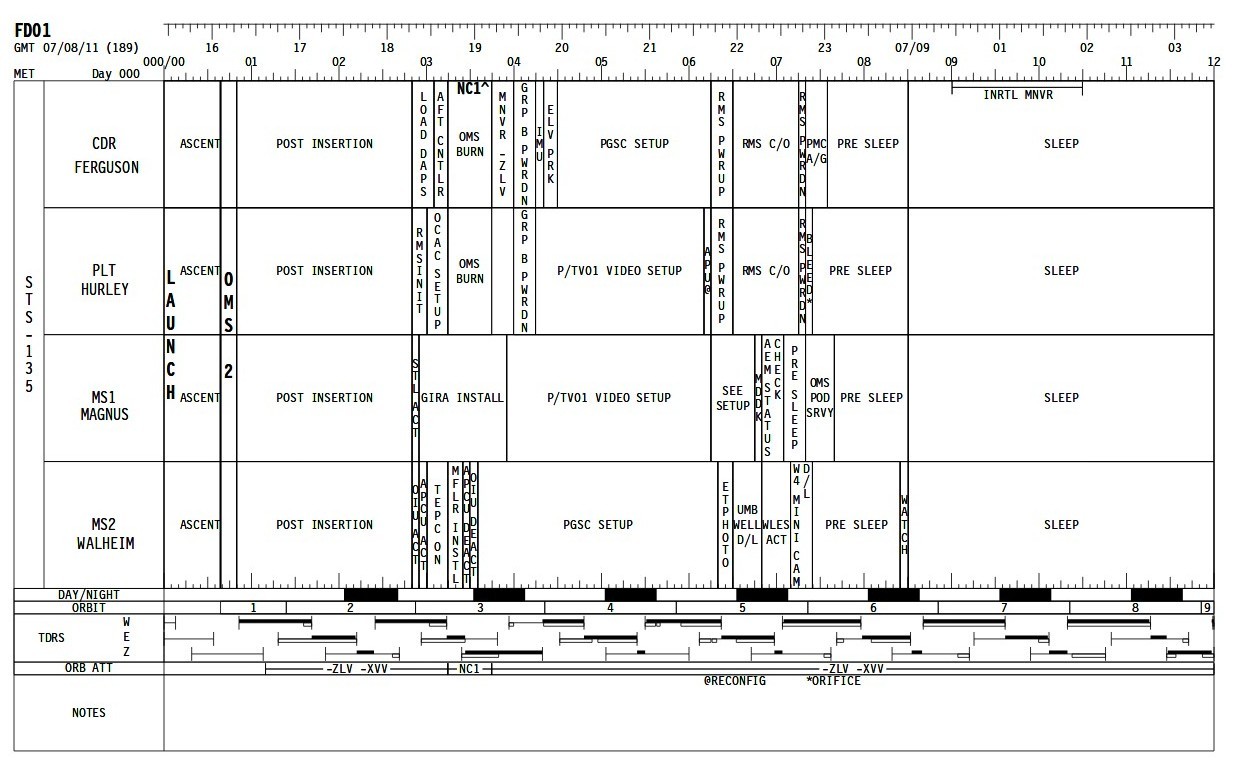 That said, Shuttle missions that deployed major payloads on upper stages often did so early in the flight.

The most recent such was STS-93 which deployed the Chandra X-ray observatory.

The mission's flight plan is not online, but here is the planned timeline from the press kit, which shows payload deploy at ~ 7 hours into the mission in the MET column. The event is listed as DEPLOY IUS - IUS being the carrier stage, the Inertial Upper Stage, to which the observatory was mounted.

Note that payload activities are actually started in the Post Insertion timeline! The AXAF (Advanced X-Ray Astrophysics Facility aka Chandra) was powered up.

This image shows the long observatory, ready for deploy, mounted on the relatively tiny IUS (marked with USA). 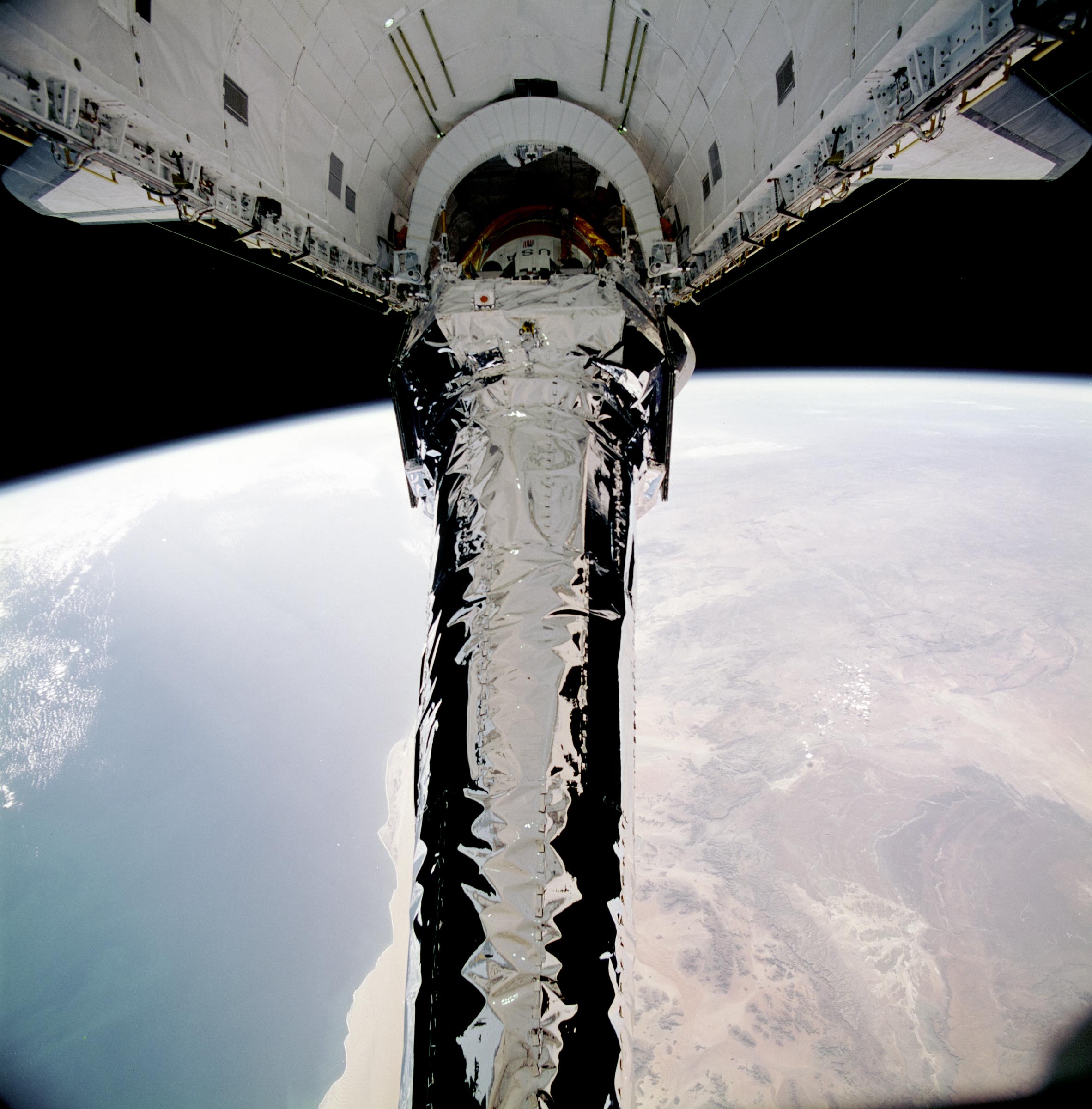 The STS-70 mission which deployed a Tracking and Data Relay Satellite, again on an IUS upper stage, also had a first day deploy, this time at ~6 hours into the mission. Without checking them all, I would imagine all IUS-powered payloads got a first day deploy.

5
How does NASA build acclimatisation into mission plans for astronauts?

8
Could Orion repeat any of the Hubble Space Shuttle servicing missions?
10
How was the Space Shuttles rollover maneuver achieved?
3
What was the purpose for which the shuttle mockup Explorer aka Independence was constructed?
14
What happened to boiled-off gases from the storage tanks at Launch Complex 39?
22
What was the Shuttle Carrier Aircraft escape tunnel?
9
Why did Columbia’s planned flight manifest have a five-year gap with absolutely nothing in it between 2004 and 2009?
2
Please explain the time reference shown in shuttle launch engineering video
42
Was the payload bay of the Space Shuttle depressurized before launch?
27
What were the differences between the STS Orbiters?
5
What specific event determined the “end” of a shuttle mission?