Did Wernher von Braun really have the "Saturn V painted as the V2"?

A comment below the question Did von Braun have “a thing” for fins? Why did Saturn I block 2 get fins because it's a “von Braun” rocket? suggests that Wernher von Braun had the "Saturn V painted as the V2". This is more than a little surprising considering the nature of the V2 program.

Is this just space-lore or is there some substance to the story?

The early prototypes of the A4/V2 were painted in the familiar black-and-white roll pattern scheme. This scheme was designed to aid in tracking the rocket after launch. This pattern made it easy to observe any variation or roll of the rocket. The exact pattern was changed many times, and as with the rest of the rocket, the pattern was examined and altered if warranted.

Camouflage colors were introduced to the A4/V2 during the middle of 1943. At the beginning, three different schemes were designated to be tested; 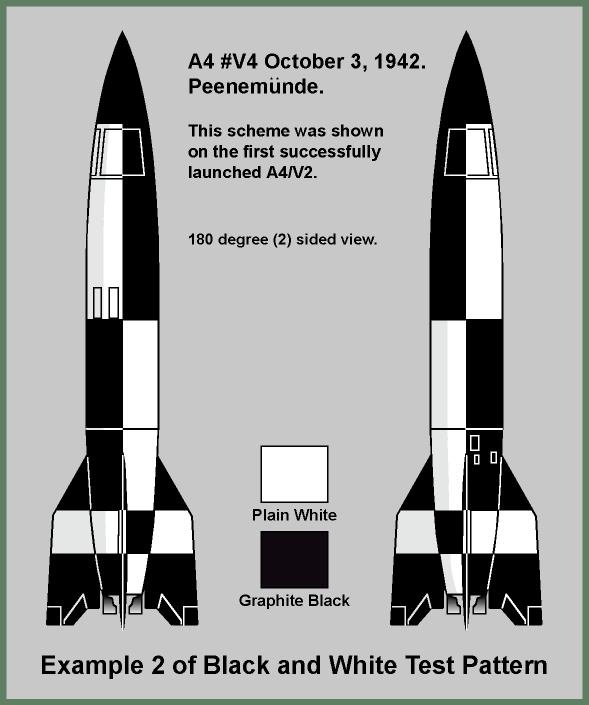 But the Saturn V was a very different rocket, three instead of one stage and very huge. The height of a V-2 was 14 m, much shorter than the third stage of Saturn V alone with 18.8 m.

Visual and film camera observation was used too, so a black-and-white roll pattern scheme was used. But only a small lower and upper part of each stage was colored with black and white stripes and the large parts in white only to reduce heating by sunlight. 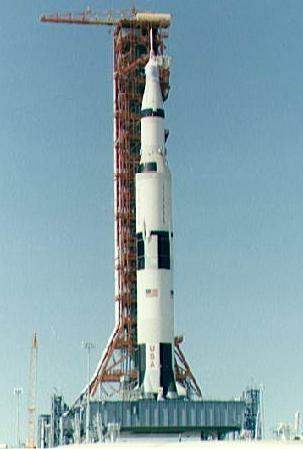 A similar coloring scheme was used for the Mercury-Redstone Launch Vehicle and the Gemini-Titan II rocket.

But von Braun was not the only one German rocket scientist working on both V-2 and Saturn V. There were hundreds of scientists working on both rockets, so the design of the color pattern could be done by somebody else. See Operation Paperclip.

Not the answer you're looking for? Browse other questions tagged nasa history saturn-v or ask your own question.

30
What is the purpose of the black-and-white patterns on some rockets?
42
Did the Saturn V rocket have any purely aesthetic features that didn't serve an actual function?
8
Did von Braun have "a thing" for fins? Why did Saturn I block 2 get fins because it's a "von Braun" rocket?

17
Who really coined the phrase "Light the Candle!" to commence with a rocket launch?
5
Didn't Wernher von Braun understand Kepler's laws in 1955?
6
How would the Apollo telescope have worked in the Apollo command module? Where would it be located and how would it be operated?
16
Did NASA muzzle Wernher von Braun during the moon landings?
8
Did von Braun have "a thing" for fins? Why did Saturn I block 2 get fins because it's a "von Braun" rocket?
20
How does the Saturn V Dynamic Test Stand work?
28
How did they access the LM to mount the flag package while the Apollo stack was already on the launch pad?
9
Why was Redstone Arsenal specifically chosen for post-war rocket development?
11
What barge route did the Saturn S-II take from California to Florida?
4
Did von Braun ever have issues with the imperial unit system?