Why is the ring of exhaust gas immediately below the F1 nozzle so dark?

When you look at film of Saturn V launches where you can see the nozzles up close, the exhaust forms a "dark" band immediately below the nozzle extensions.

I understand that the F1 engine used film cooling, distributing the turbopump exhaust in a ring to create a film of relatively cool gas between the main exhaust and the nozzle extension.

But why does it appear dark? I would have assumed the gasses were essentially transparent, so the bright main exhaust should simply shine right through. Was there a lot of soot or other particulate in the turbine exhaust to make it so opaque? 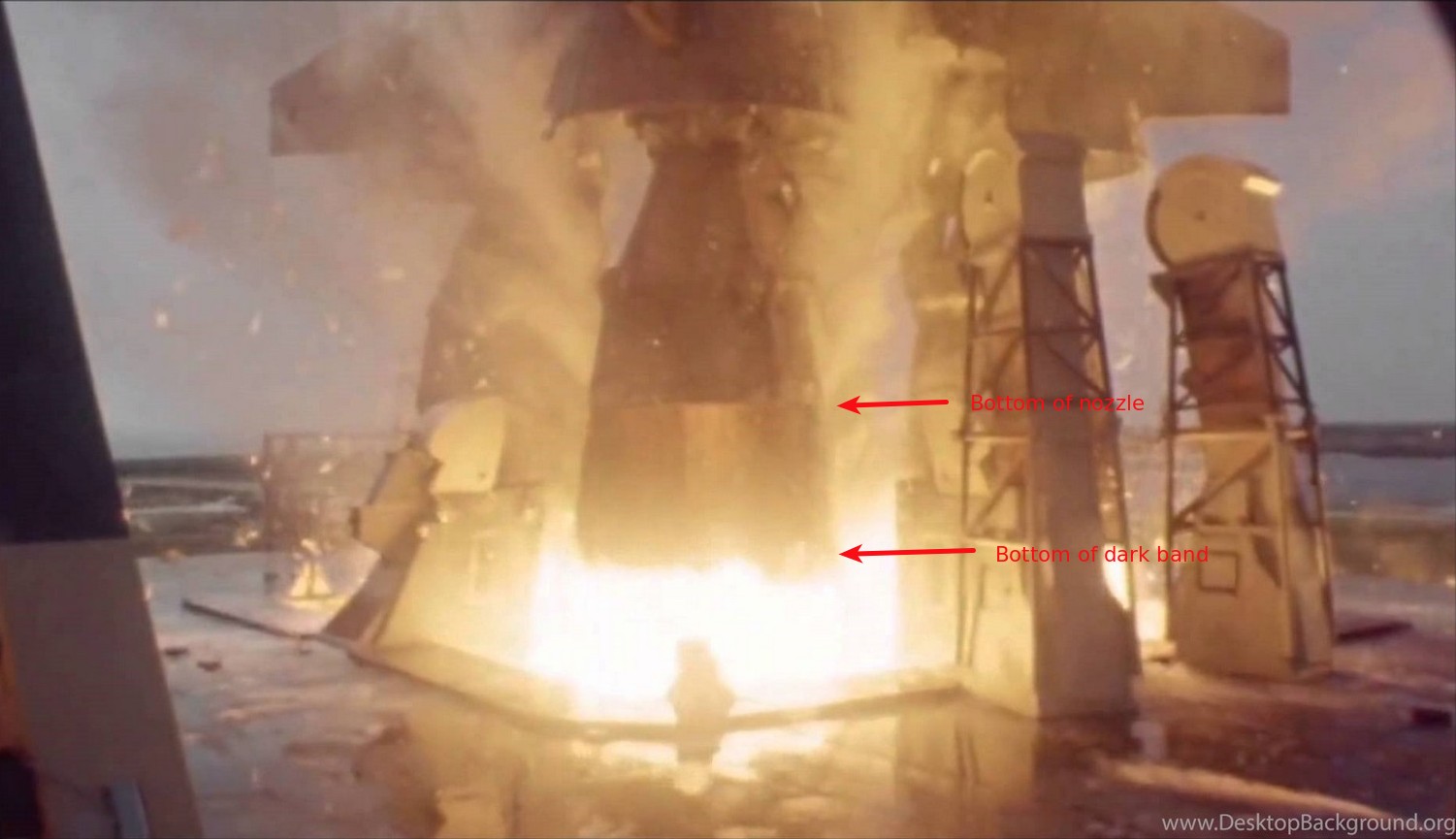 But why does it appear dark?

As a result of running rich and cooler it contains a lot of unburned fuel. Soot.

Before it's used to cool the engine, the turbine gases pass through a heat exchanger, shown below. This uses the relatively cool turbine exhaust to heat up oxygen and helium to pressurize the tanks. This further cools the turbine exhaust. 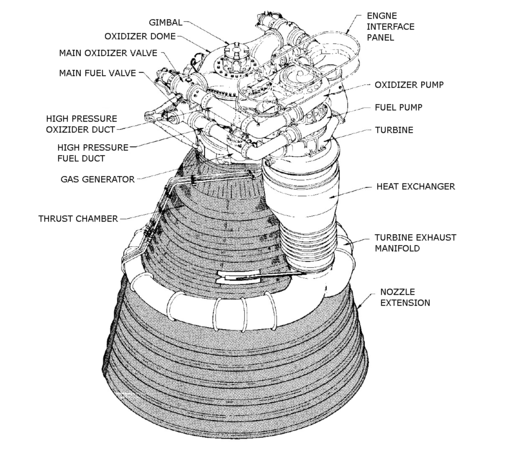 The interior of the nozzle extension is protected from the engine exhaust gas environment (5800 Fahrenheit) by film cooling, using the turbine exhaust gases (1200 Fahrenheit) as the coolant. The gases enter the extension between a continuous outer wall and a shingled inner wall, pass out through injection slots between the shingles, and flow over the surfaces of the shingles forming a boundary layer between the inner wall of the nozzle extension and the hotter exhaust gases existing from the main engine combustion chamber.

Not the answer you're looking for? Browse other questions tagged saturn-v or ask your own question.

16
Are rocket exhaust flames ever opaque?
10
What is the cause of the blue light from LH2/LOX rocket engines?
10
How do rocket propellant combinations rank in terms of "brightness"?
3
What makes exhaust from aluminum-based SRB propellant so bright?

13
Why weren't SRBs used in the design of the Saturn V?
3
Where does the turbine exhaust go on the Saturn V F1 engine?
5
Was a large-nozzle variant of the J-2 ever considered?
3
Is it possible to estimate the nozzle characteristics of the Rocketdyne HG3 engine?
6
Did the Saturn V interstage ring burn up in the atmosphere?
8
Why did the ullage motors for the S-IVB TLI burn shut down prior to S-IVB ignition?
23
Why does the Saturn V have standalone inter-stage rings?
14
Why was the Saturn V considered to be human-rated after Apollo 6?
46
Why did Saturn V not head straight to the moon?
4
Why did Apollo missions open the propulsive Hydrogen vents during the coast phase?