How is it that "blow-down" propellant storage systems work in micro/ zero-gravity?

A "blowdown" pressure system is something that is extensively utilized on Earth -- with tons of applications ranging from kegs to high-tech hydraulics.

This architecture focuses on adding a pressurized, inert charge gas into a vessel that is filled with a liquid propellant. On Earth, the gas is less dense than the liquid and rises to the top of the tank, such that when the outlet is opened, the gas quite literally forces the liquid out, as it tries to expand to atmospheric pressure.

SO... in a zero-gravity environment, there is no preferential direction that a 'less dense' gas will want to move, relative to a 'more dense' liquid. Intuitively, I thought to myself that this architecture wouldn't work for spaceflight since there's no telling which of the materials (charge gas or liquid fuel) will be floating near the outlet.

In other words, you could get really unlucky and have all your liquid fuel floating on the opposite side of your tank and your charge gas floating right next to the outlet. In this case, you'd open the tank valve and could drain your tank of charge gas without expelling any significant amount of liquid fuel (which is what you're actually after).

That being said, there have been tons of high profile missions/ liquid fuel engines, etc that utilize this architecture. Cassini being a great example. What am I missing? 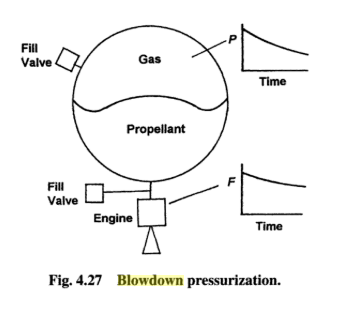 Various designs are used to ensure that propellant and not pressurant gas exits the tank.

One is bladders or diaphragms to separate the fluids. 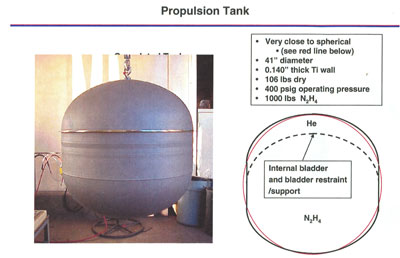 Other designs use capillary structures, galleries, or screens which leverage the propellant's surface tension to capture propellant near the tank exit. 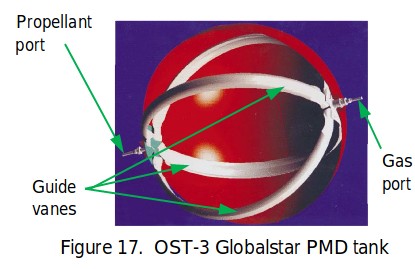 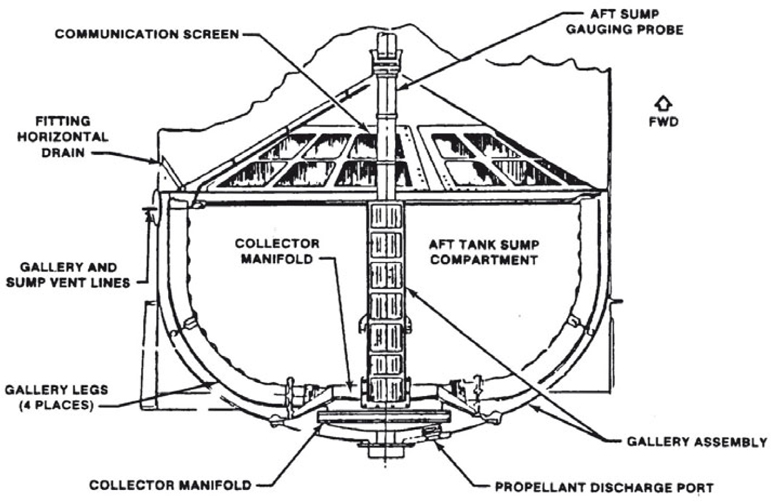 Tanks that contain a liquid propellant need a pressurant (a gas) of some sort to expel the propellant from the tank. As you've noted, there's a potential problem in zero-g environments, which is that if allowed to, the gas and liquid tend to mix and form a foam. A number of approaches are employed to overcome this problem:

Not the answer you're looking for? Browse other questions tagged propulsion fuel or ask your own question.

6
How (the heck) will SpaceX's Starship's future pressure-fed thrusters work at "any gee’s, any attitude"?

10
How does propellant flow work in a nuclear thermal rocket?
12
How does an Electric Solid Propellant rocket work?
13
How does a solid propellant in a rocket work?
3
How can an electric sail be used for deorbiting considering that it doesn't work inside the magnetosphere?
18
Is the EU really banning "toxic propellants" in 2020? How is that going to work?
37
How do you reliably blow up a rocket that was built not to explode?
4
What orbit-raising propulsion system will Tiangong use, and how does it differ from that of the ISS in terms of performance and technology?