Puzzler: Which questions did the Interstellar Rosetta Stone ask of alien civilizations?

The Interstellar Rosetta Stone -- also known as the Dutil-Dumas Message after its inventors -- was a message to extra-terrestrial intelligence (METI). Like the more famous Arecibo Message, it is a bit pattern that is intended to be assembled as an image. However, the IRS is longer than the Arecibo message and contains far more information describing our mathematics and science. The alphabet used and the messages themselves are provided in this paper.

After describing our mathematics and science, the final page of the message asks questions to the extra-terrestrial intelligence. The premise is that they would radio back their answers, beginning a conversation. What questions does the IRS ask of alien civilizations?

The IRS was transmitted on two different occasions. The first was the 1999 Cosmic Call, transmitted by a radiotelescope in Crimea. Here is a picture of the final question page of that message. The flower symbol (enlarged in the middle of the picture) is the symbol for "question". 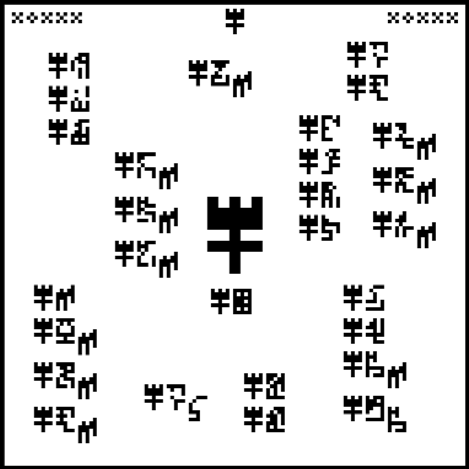 Four years later, the Cosmic Call was sent to a different set of stars, by the same Crimean radiotelescope. The IRS was reformatted with symbols that are error-tolerant, and as one very tall image instead of many pages of images. Here are the questions in the 2003 IRS: 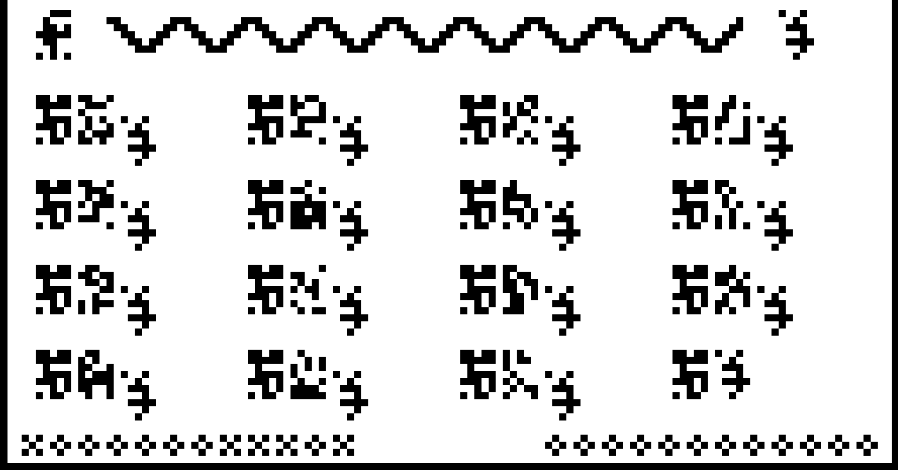 The 1999 version's questions are described near the end of this document by the creators.

Now we simply ask the receiver to answer back some questions. Basically, it is the same notions we have introduced in the message. We ask them about their understanding of their world and about themselves. The huge symbol at the center is the same used to introduce variables. It is the equivalent of the question mark.

Not the answer you're looking for? Browse other questions tagged meti or ask your own question.

10
Does man send any signal to attract aliens?
3
How many total hours had Arecibo transmitted a signal?