Are there any other examples of right-angle exhaust diverters in spacecraft?

The Scott Manley video The Only Pilot to Shoot Down A Spacecraft - A Space Ace talks about the ASM-135 ASAT and its successful test launched from an F-15.

He shows images from the page The F-15 ASAT story, by Gregory Karambelas, edited by Sven Grahn and describes the 64 divert motors, which were small solid rockets oriented axially but equipped with right-angle diverts sending the exhaust radially.

According to the linked page:

The guidance of the MV was simple Direct Proportional Line of Sight. The MV had 56 full charge solid propellant rockets arranged around the circumference, and 8 half charge solid rocket motors for a "bang-bang" control system. The 56 motors were called divert motors, and the 8 other ones were supposed to be used in the end game phase of the intercept where the needed positional changes would supposedly be less.

Question: Are there any other examples of right-angle exhaust diverters in spacecraft? Is this something that was used frequently, or a special case or one-time use? 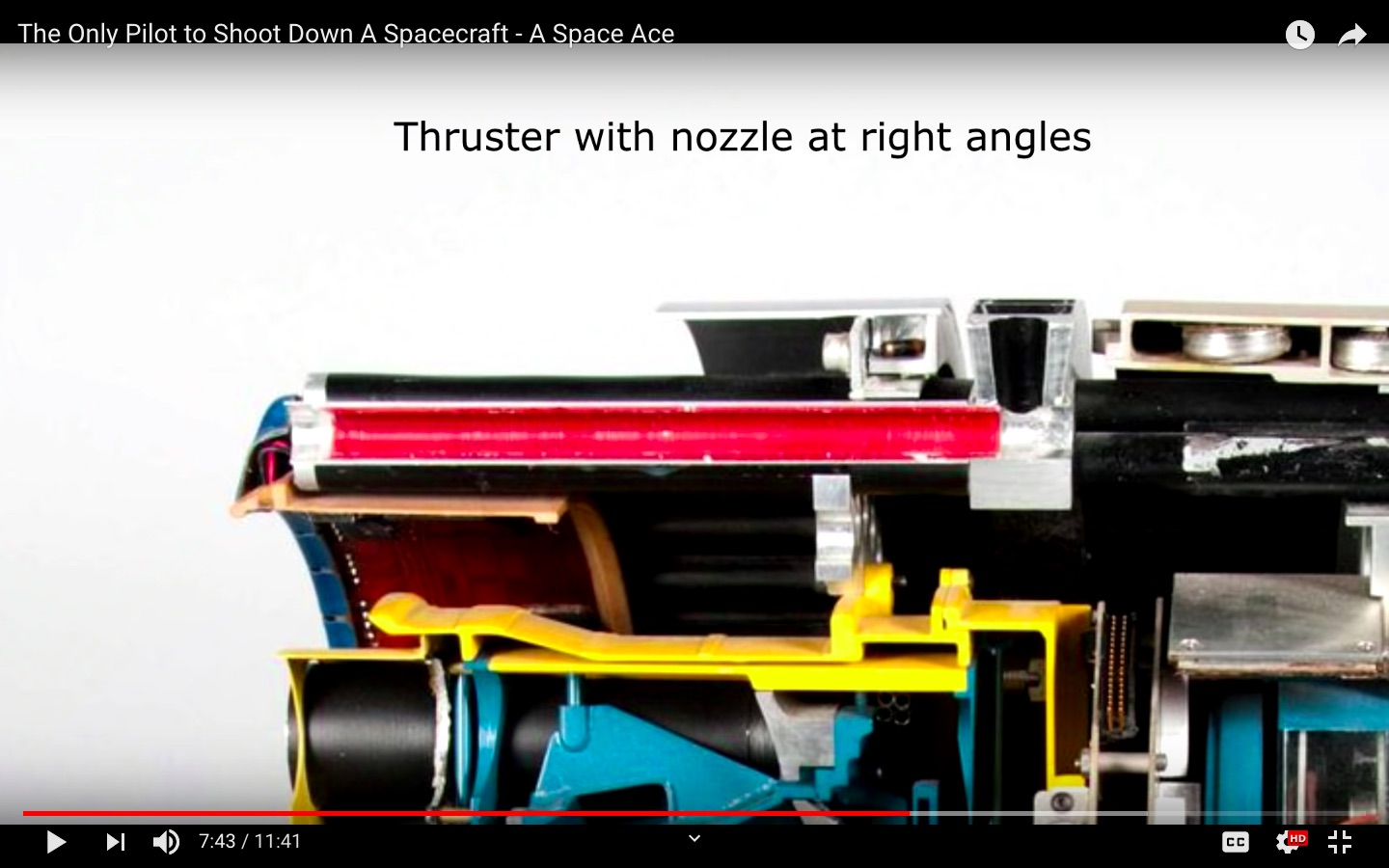 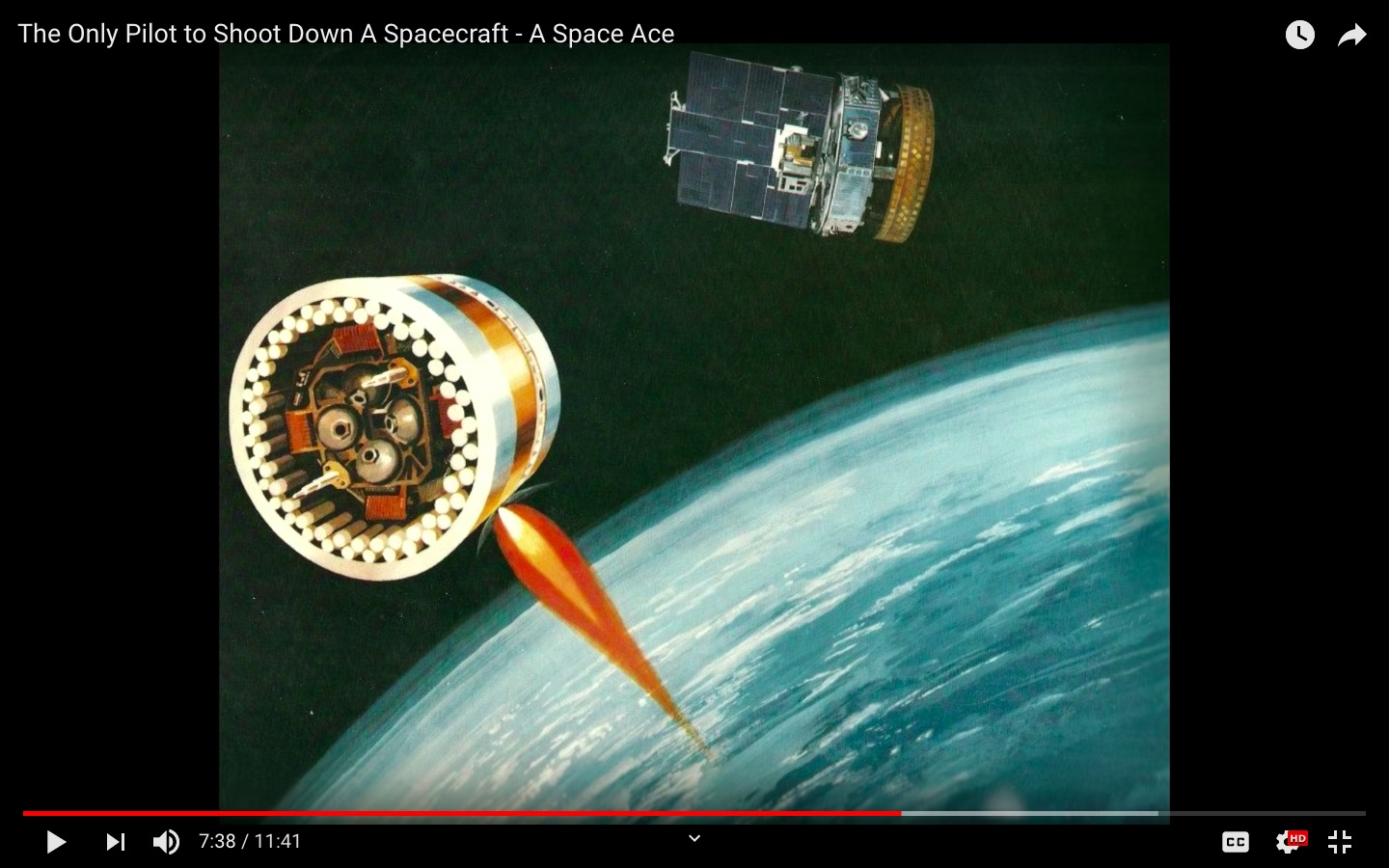 Browse other questions tagged engines thrust anti-sat or ask your own question.

3
What is a non-propulsive vent?
4
How to reduce fuel consumption in an attitude-control PID
3
How do Falcon-9's cold gas thruster maneuvers account for the center of mass changes due to "floating fuel shifts"?

15
Is there any rule for rocket engine nozzle proximity from each other?
2
How large is a magnetoplasmadynamic (MPD) thruster? Are there any upcoming programs using it?
8
Is there any combustion chamber and nozzle cooled with liquid oxygen instead of fuel?
4
Are there any rocket engines in current or former use that aren’t normally restarted in flight, but have the capability for an emergency restart?
1
Why the logarithmic spiral for the ASM-135 ASAT's infrared detector?
24
What actually is RP-1, and how is it different from any other hydrocarbon liquid fuel?
7
Are there any hand-sized rocket engines?
19
Can "engine" and "motor" be used interchangeably in spaceflight? Are there any cases where they can't be?