Will the Rosalind Franklin (ExoMars) rover solar panels be able to clear themselves of dust by tilting?

It looks like the panels unfold twice, from two stacks of three, to six final panels.

In the question Curiosity is still dirty! How will the ExoMARS Rover keep its solar panels dust-free and collecting sufficient power? I've expressed concern that the solar-powered rover could be seriously impacted by a layer of dust on the panels deposited during a storm, and show some images to convey the issue.

Now I'm wondering if these panels can tilt again after deployment, in order to shake some of the dust off if it accumulates to an unacceptable level. 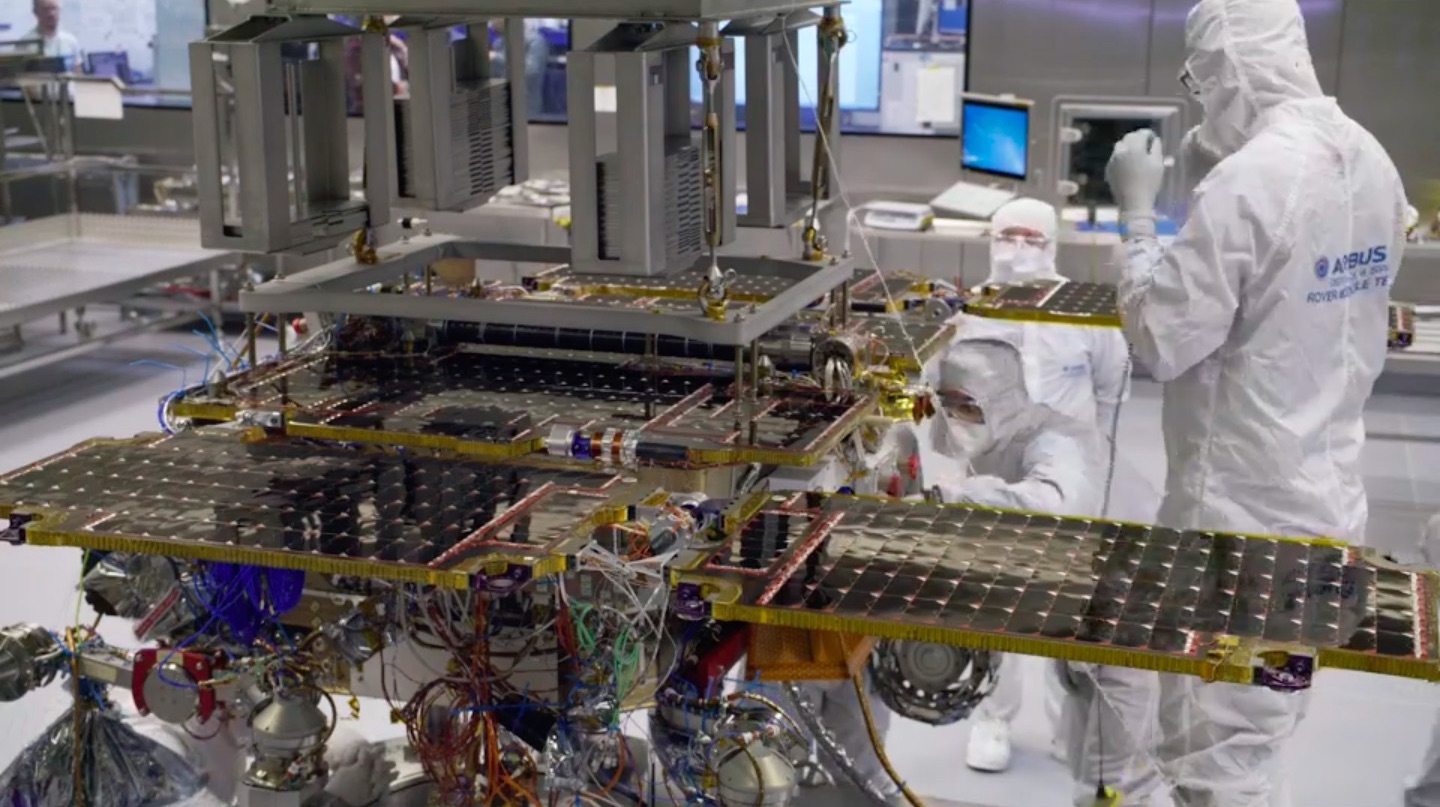 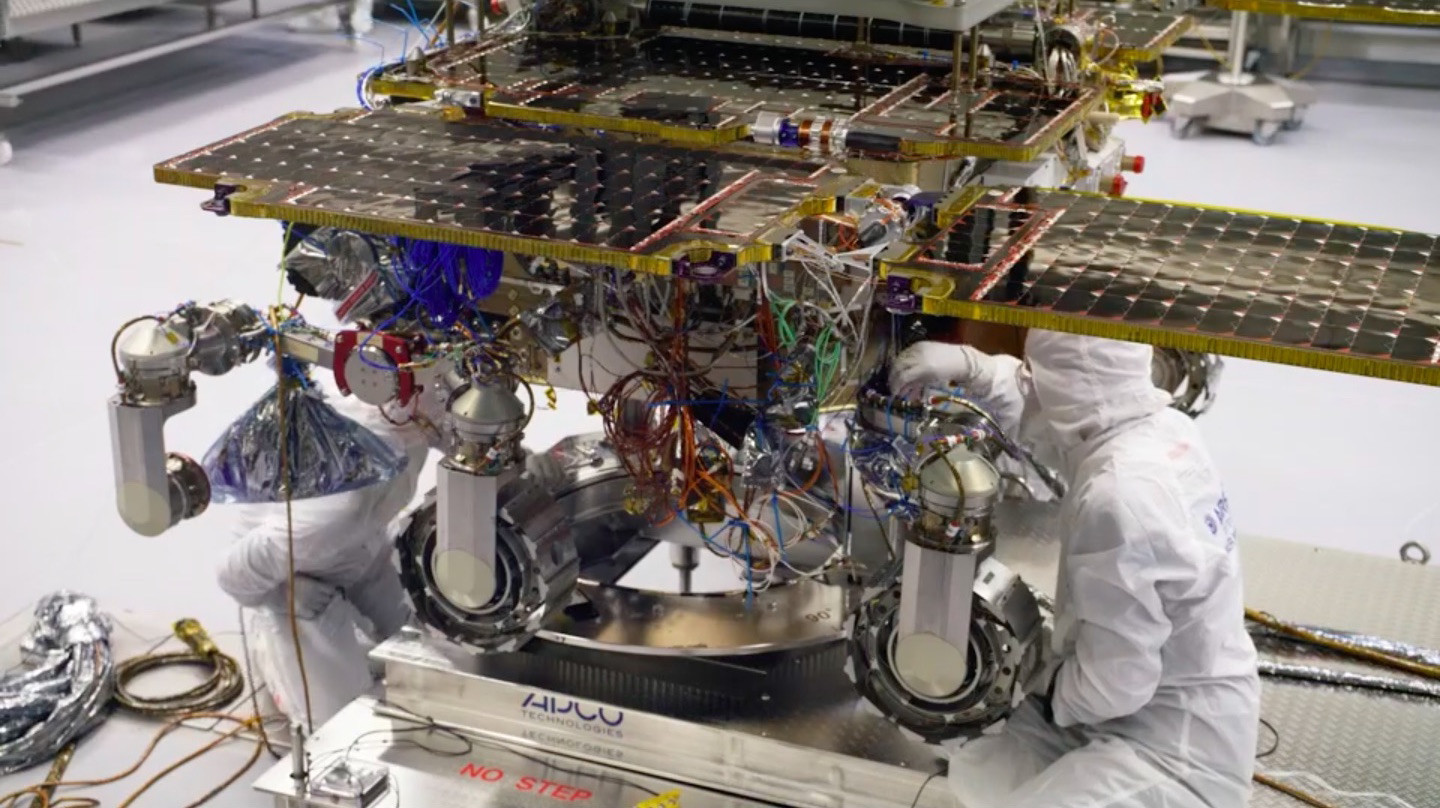 Theoretically, yes the Rosalind Franklin rover can tilt its solar panels to get martian dust off of it. But I think that once the solar panels are deployed, it's not able to tilt it individually, instead it has to tilt the whole rover, similar to the Mars Exploration Rover Spirit. How Spirit came to not operational is related to the OP's dust question so I figured that it's worth mentioning.

In 2010, Spirit's solar panels were getting covered with dust, and unlike Opportunity, it didn't have the same amount of luck with dust devils that periodically cleaned Opportunity's solar panels. Spirit is located in the southern hemisphere and winter was approaching and NASA wanted to tilt the rover for maximum sunlight exposure, however they couldn't as the wheels were stuck. Spirit had a tilt of 5° toward the south, however the Sun crossed low in the northern sky; so Spirit lost power (source). Basically, this means that the Rosalind Franklin rover will most likely not be able to control its solar panels individually as many other rovers can't, and moving parts are prone to failure thus the solar panels can be stuck tilted the wrong way which can jeopardize the mission. Also if you look at how the solar panels deploy, any dust that slides off can land on other solar panels, so the most favourable option would be to tilt the entire rover which I will explain.

The Rosalind Franklin rover can handle maximum slopes up to 35° based on recent testing (source). According to this summary report of Spirit, Spirt almost reached the angle of repose during its mission.

Spirit [was] also at some of the highest tilts of the mission and very nearly at the angle of repose. When the slope exceeds the angle of repose, dust, sand and other granular material slide downward. Spirit has been trying to take advantage of the steep tilt by spinning the middle wheels before driving to shake dust off the arrays.

The highest tilt in the mission which was 29.9°, meaning the angle of repose of martian dust is around 30-31°, within the range of the Rosalind Franklin rover.

Summary: Its unlikely that the Rosalind Franklin rover will be able to control its solar panels individually after they are deployed for multiple reasons. Moving parts are more likely to fail. If a motor fails during the process of cleaning, the panels will be stuck at an angle meaning sun light won't reach it, providing even less power. The ways the rovers solar panels deploy means that any dust they does slide off will slide onto other solar panels, which is not good. Furthermore, deploying solar panels take a long time. This is true for all landers and rovers. To give you a sense, here's InSight deploying its solar panels (there's no video of ExoMars deploying its solar panels).

The best option would be to tilt the whole rover to the angle of repose of martian dust, or just be lucky and hope dust devils cleans its solar panels.

Not the answer you're looking for? Browse other questions tagged mars rovers solar-power exomars or ask your own question.

20
Curiosity is still dirty! How will the ExoMARS Rover keep its solar panels dust-free and collecting sufficient power?
1
Will the Mars helicopter be able to remove the dust from solar panels?
4
What is InSight's one-sol energy budget on a good day?

20
Curiosity is still dirty! How will the ExoMARS Rover keep its solar panels dust-free and collecting sufficient power?
5
Will the ExoMars rover offer some unique science capability?
6
How will the Exomars rover communicate back to Earth?
5
What launch vehicle will be used for Exomars rover Rosalind Franklin?
5
Fast spining solar cells to clear Martian dust possible?
1
Will the Mars helicopter be able to remove the dust from solar panels?
13
Do Mars rovers protect optical windows during dust storms? Do they "avert their eyes" or do they just "grin and bear it"?