Which Apollo 12 astronaut is shown examining the Surveyor 3 lander in this photograph?

I used this image in Exactly what was Surveyor 3 doing with a spring-loaded boxing glove-like device? but in the captions for the image on two NASA sites I noticed a disagreement in the identify of the astronaut shown examining the Surveyor 3 lander. 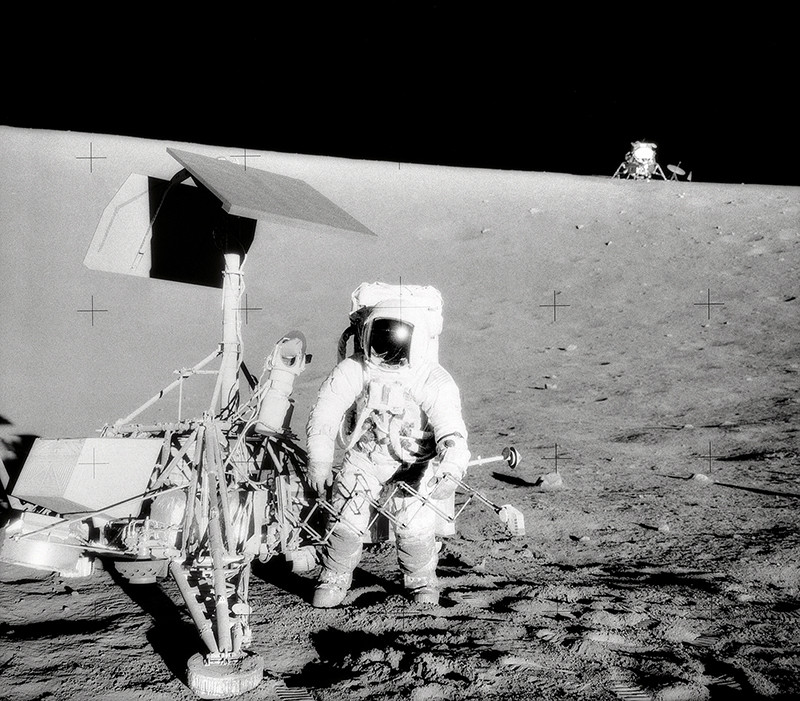 Question: Which astronaut is shown examining the Surveyor 3 lander in this photograph?

To be precise, the astronaut is posing for a "tourist picture", rather than examining Surveyor.

This is photo AS12-48-7136 (very similar to -7135, but distinguishable by the position of the Réseau marks), with some contrast changes. According to the Apollo 12 image library, there was some back and forth of cameras and magazines because of a mechanical problem, but this particular shot was of Al Bean, taken by Pete Conrad. 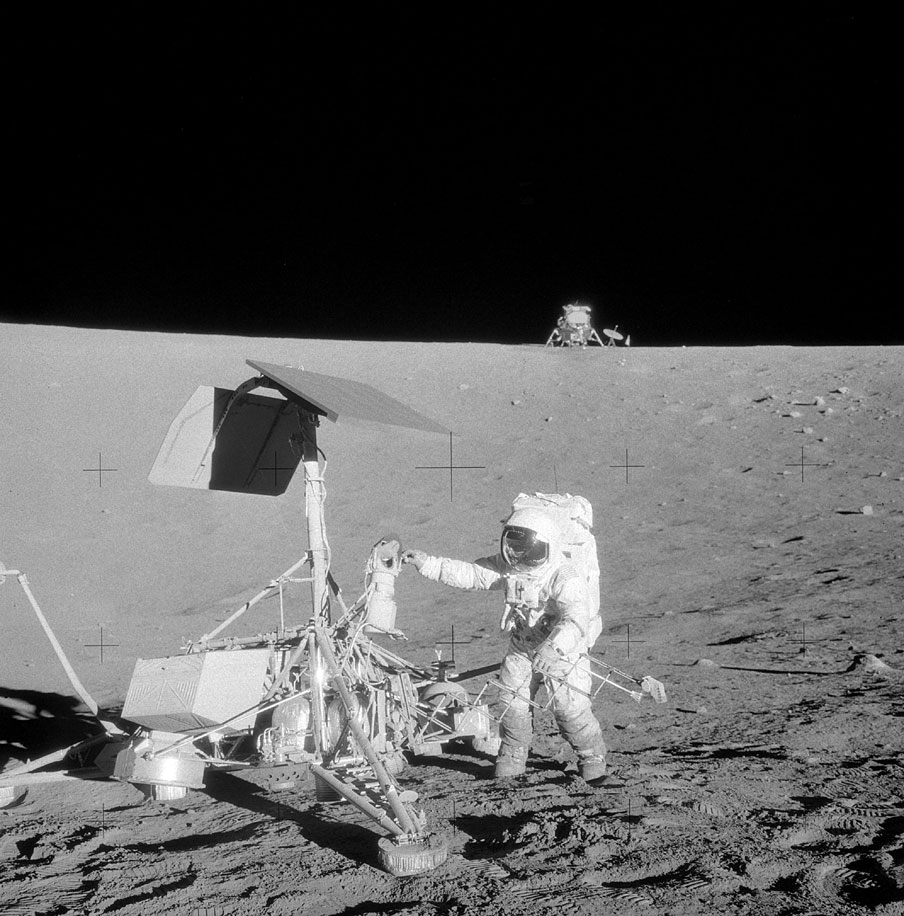 Not the answer you're looking for? Browse other questions tagged astronauts identify-this-object apollo-12 surveyor-program surveyor-3 or ask your own question.

27
Why were the Apollo 12 astronauts tasked with bringing back part of the Surveyor 3 probe?
34
How do ISS astronauts "get their stripes"?
24
How did Apollo-12 manage to land next to Surveyor-3? First "Space-Tourists"?
1
Exactly what was Surveyor 3 doing with a spring-loaded boxing glove-like device?

24
How did Apollo-12 manage to land next to Surveyor-3? First "Space-Tourists"?
9
What was learned from study of Surveyor-3's components, retrieved and returned to Earth by Apollo-12?
3
Who is the unnamed astronaut in this uncredited photo used in commercial promotional material?
7
No color photos of Surveyor 3 taken during Apollo 12 EVA?
1
Exactly what was Surveyor 3 doing with a spring-loaded boxing glove-like device?
5
How hot was the surface of RTG radiator which powered ALSEP on Apollo-12?
7
Which rocket was shown resupplying the ISS in Designated Survivor?
7
What is this thing on the right of the frame in this photograph? (STS-71)
7
Which spacecraft are models in this Astronaut Group 1+2 photo?
27
Why were the Apollo 12 astronauts tasked with bringing back part of the Surveyor 3 probe?