Are there photos of the Apollo LM showing disturbed lunar soil resulting from descent engine exhaust?

Are there any photos of the Apollo LM descent engine bell and the lunar soil beneath it disturbed by the engine exhaust?

Most of the Apollo photo libraries have a few shots of the surface under the descent engine bell; I think A14 has some interesting ones: 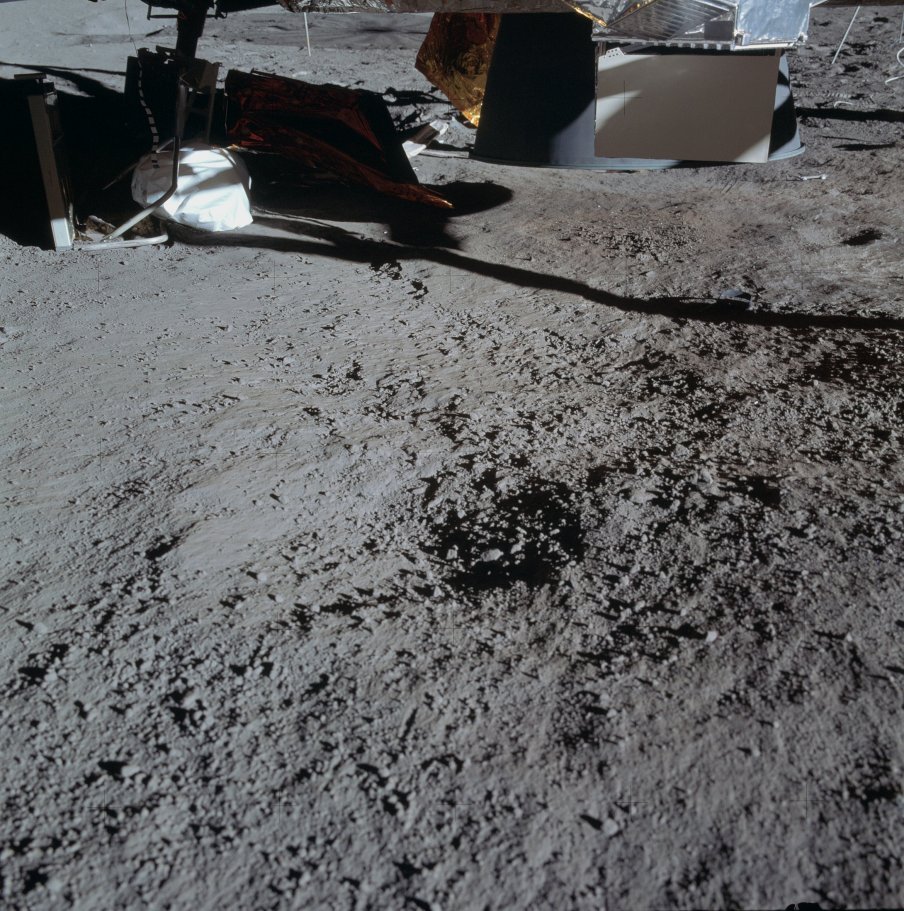 The disturbance of the soil is very subtle; compared with the surface further out, I see more 1-2cm-sized pebbles, suggesting that smaller particles have been blown away from under the engine.

The lack of a massive blast crater under the LM engine is often pointed to as evidence of a hoax, but there are several factors involved, which are not obvious or not intuitive, which minimize the effect of the engine exhaust: 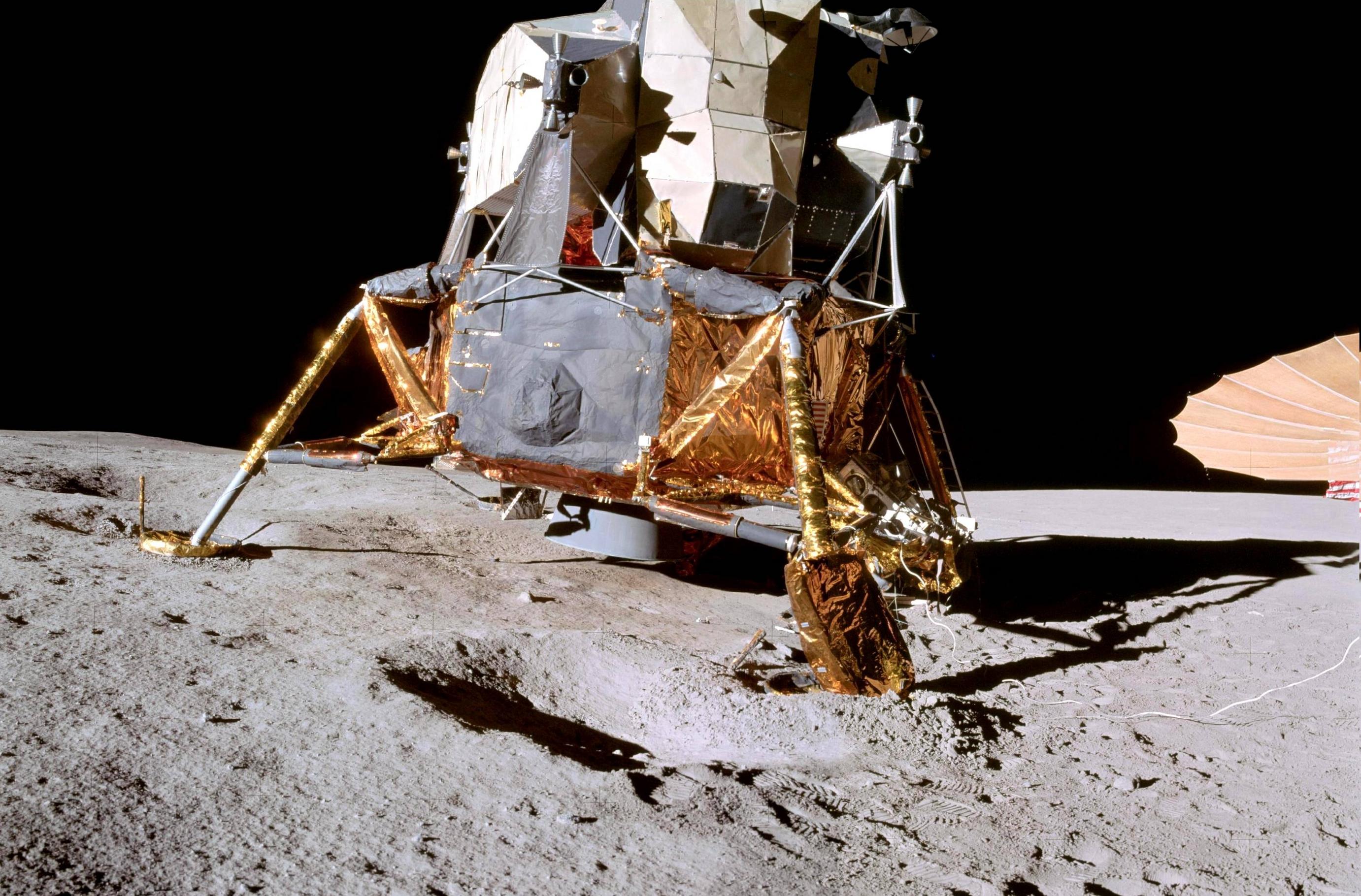 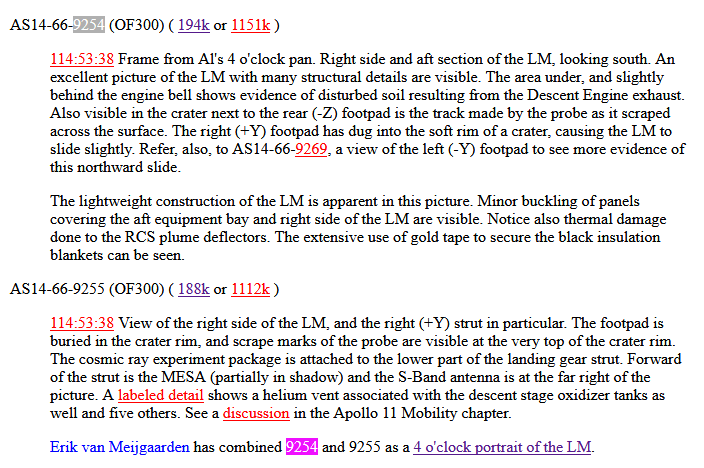 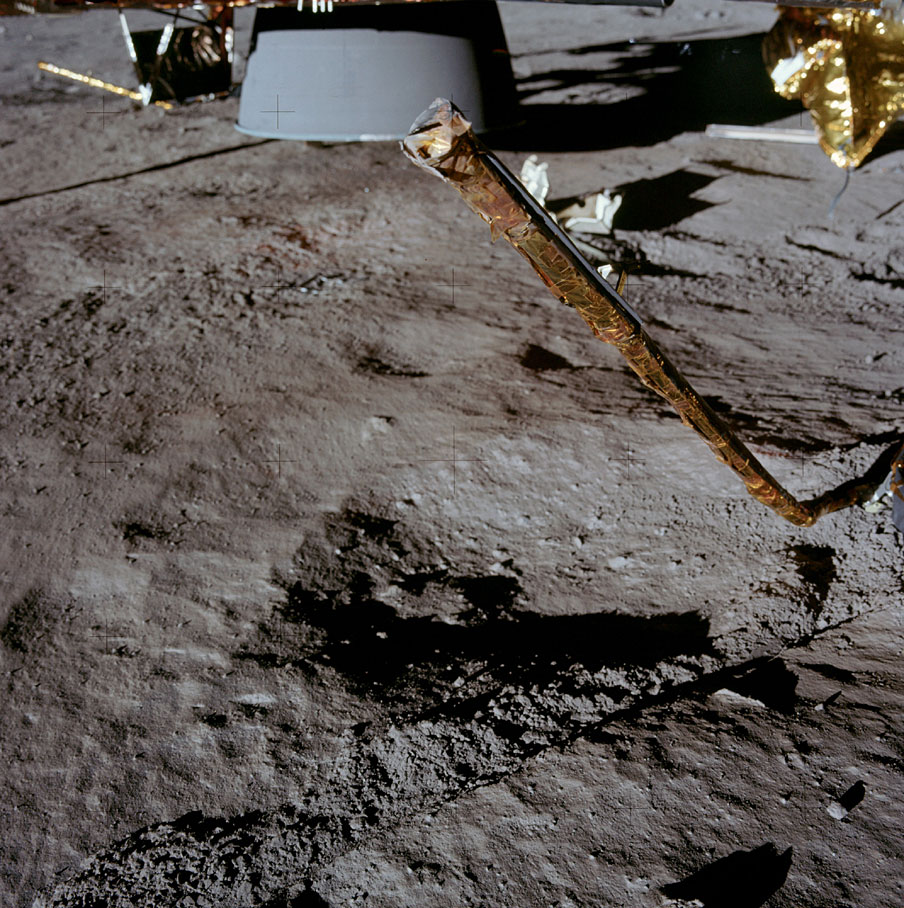 33
Why didn't the Apollo 11 lander blow the dust away? (or why does it look like it didn't)

9
What was the procedure to stop the descent engine on the Apollo 11 LEM?
16
Could the Apollo lunar ascent stage have separated from the descent stage before touchdown in an emergency?
12
Did the Apollo lunar module descent stage have a role as a sort of service module?
8
How different was the Apollo LM descent trajectory from the most fuel-efficient?
11
Was there fuel consumption budgeting for Apollo 11 Lunar module?
5
How many different kinds of insulation film are wrapped around the Apollo Lunar Module?
4
Single Engine versus Multiple Engines for Moon Landing
2
Why is there no image of the Earth taken from the lunar surface during Apollo 12,15 and 16?
16
Apollo altitude vs rate-of-descent schedule
7
apollo 11 moon landing longitude latitude from PDI to Touchdown