Where should ion drives be placed on a rotating space station of the lop-sided dumbbell variety?

I have been working on a model of a proposed artificial gravity facility by Joe Carroll, based on this paper. It is an initial concept paper and it doesn't spell everything out, so I am trying to figure out how to handle some things.

It calculates that most of the reboost needs of the station could be achieved with average-sized ion drives. So, I've placed two such drives on the station such that they can remain pointed retrograde throughout its orbit while the whole station rotates on a plane coplanar with its orbital plane. 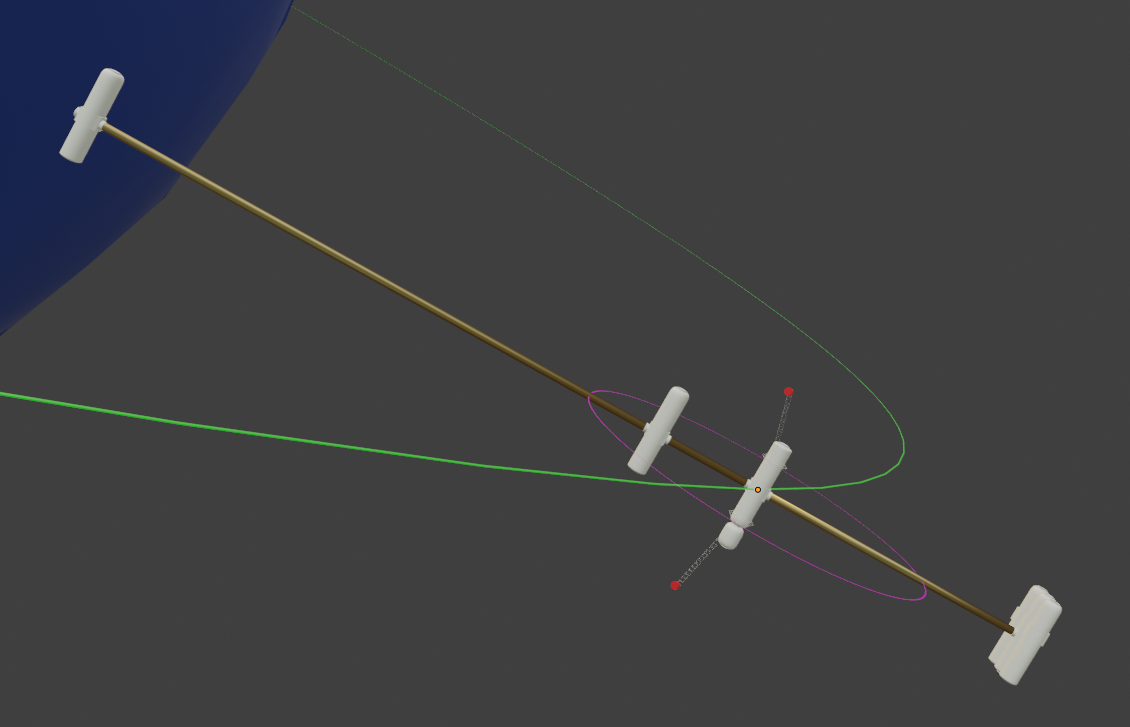 Above, the pink circle indicates the plane of rotation, the green the orbital plane, and the red spots are the ion drives on booms rotating around the module at the center of mass of the station. 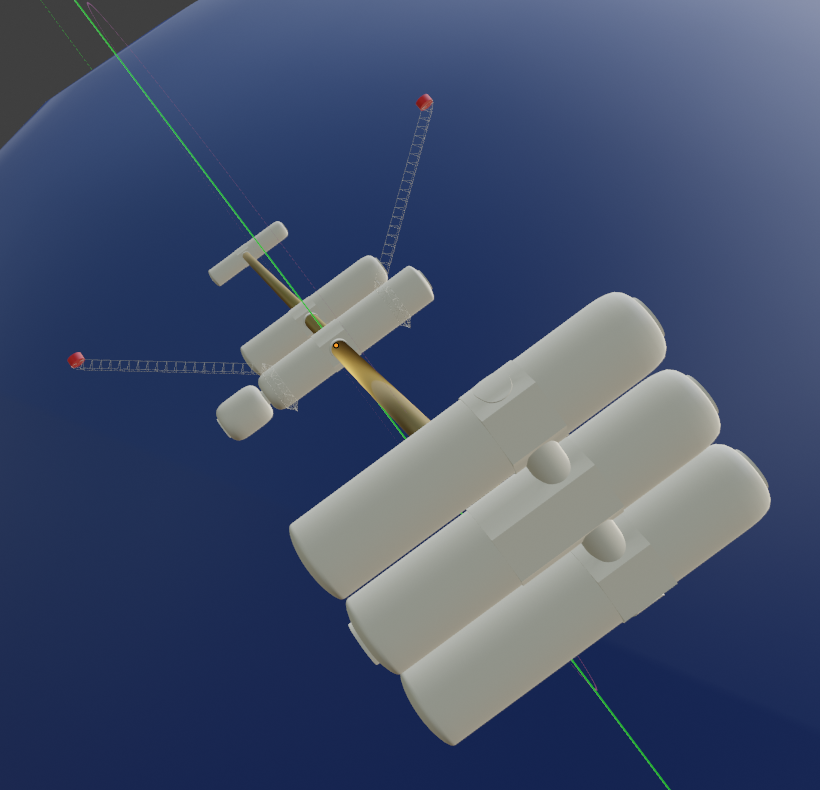 This gives a clearer shot of the booms, with a view looking more down the shaft that connects all the modules together.

This is clearly a work in progress. What I'd like to sort out here is how those booms should be. They have to rotate around the center module on a rail in order to remain facing retrograde while the rest rotates. The drives will have to fire for long periods of time, meaning a tenuous spray of hot xenon wafts over the connecting shaft and the outer modules when they pass through the exhaust plume of the ion drives.

Would that present a danger, over months or years? Would the ion drives have to fire in pulses to avoid that issue, firing only when the modules are clear?

There are other reboost issues relating to sudden needs for big reboosts due to failures or the increased drag from solar storms. For now I just want to handle this issue.

In this answer to What propulsion system would not pollute the surface when landing on a pristine celestial body? I ballpark estimated that the angular spread of an ion beam from an ion engine could be 1° or less based on plasma temperature. A small fraction of the ions passing nearest any acceleration grid wires might get deflected farther, but would be a small part of the total current.

The cosine loss from angling the thrusters even at 15° away (up and down, out of plane) from the desired retrograde direction is less than 4%, and at 30° is less than 14%, so you could be okay just doing that.

Some ion thrusters (e.g. Hall effect thrusters) may not have grids, so the spread in the ion beam could be much wider. If there was a "halo" at large angle, you'd have to tilt it a lot to minimize the in-plane current. In that case you might add a positive high voltage grid to deflect the edge of the halo away from the plane of rotation. 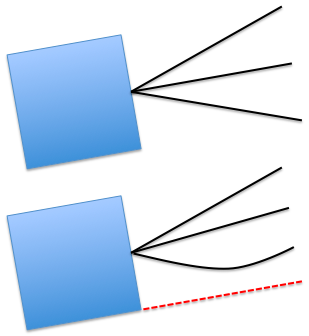 You might also consider the mentioned pulsing. Since the beam should be pretty narrow, it would have to be off only a small fraction of the time, so there wouldn't be a huge hit in average thrust. If it's a 20% loss (off for 36° twice in every 360° rotation) you can just make the engines 20% stronger.

However, shutting down and re-igniting the plasma once a minute for example might be a little stressful as it will cause some thermal cycling of the engine components. Perhaps for some types of gridded engines you can just drop the acceleration voltage substantially, or maybe use another electrostatic deflector of some kind, but if that fails you have a problem. So I think it would be better to just make sure most ions don't pass too near the spacecraft components to begin with, and take the cosine loss.

Assuming you are using the cheaper and more plentiful argon or krypton ions (compared to Xenon) and you have a hefty 100 kV of acceleration voltage, they will be pretty damaging to sensitive components. At that energy they will both sputter atoms from surfaces they hit and implant below the surface, causing more damage. I don't think the total dose is going to eat through a hull, but it could craze a window or camera lens or solar panel. Anything requiring transparency or that has an important thin film coating is at risk.

Charging (and catastrophic discharge) of anything not well-grounded is also a problem to be aware of, but anything space-rated will already be able to handle some ion flux in space. It's the high energy nature of this ion beam that makes it different from the normal space environment, and its ability to erode and implant itself that's different.

Not the answer you're looking for? Browse other questions tagged space-station engineering ion-thruster artificial-gravity or ask your own question.

19
Why will Starlink satellites use krypton instead of xenon for electric propulsion?
6
What propulsion system would not pollute the surface when landing on a pristine celestial body?

21
When Mir's attitude control computer failed, why did the station immediately start rotating?
4
How can I determine if a rotating space station is stable
5
docking options for a rotating space station
4
What is the lowest altitude that an ion thruster can be used for station keeping?
4
Where do ion propulsion's ions go? Do they remain in the solar system or shoot out into interstellar space?
3
Is it possible to identify the main systems that would be present in a generalized space station?
34
What led NASA et al. to decide the ISS should be a zero-g station when the massive negative health and quality of life impacts of zero-g were known?