Are there planned sungrazing probes?

Are there any planned mission involving a sungrazing probe, able to survive its close perihelion and send data back to Earth?

Using some online orbital velocity calculator, I found it would be possible to reach those amazing speeds by not going to far away from the sun (which means aphelion near Pluto) 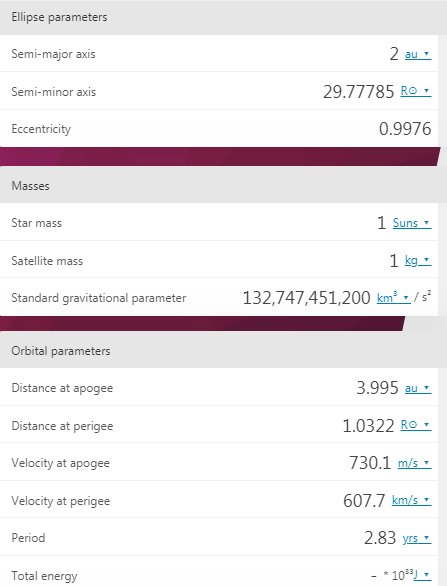 Would such a mission be more useful than observing sungrazing comets? Could such a close perihelion be survived by electronics? What instruments would such a mission embed? Could it be widely crowdfunded by the hype behind "Contest for the fastest man made object ever relative to the sun, guiness book certified"?

I'm writing this as if Parker Solar Probe met the criteria for the question, because it's honestly the closest thing you're likely going to see to the question as it is currently posed.

Parker Solar probe is the only one that comes to mind, but it is at 8.5 solar radii not 1 solar radii. No other missions I know of are looking to surpass or duplicate Parker Solar probes current objectives. From this graph here we can see the sunshield becoming less and less effective the closer to the sun we get. My assumption here is that we do not have technology to pass within a single solar radii to the sun. (sic) But this is unsourced speculation based on that graph.

Would such a mission be more useful than observing sungrazing comets?

Most certainly, direct observation is always better than terrestrial observations of remote objects. More on this is added into the section that lists Parker Solar Probe's instrumentation.

Could such a close perihelion be survived by electronics?

It's proven that at 8.5 solar radii electronics can be shielded as Parker Solar probe accomplished this. Anything lower than 8.5 solar radii is unproven and would need R&D to be anything other than speculative. The temperature here is 6000K, I don't think getting too much closer to the sun would increase temperatures much (sic), but it would put you at increased risk for getting hit by ejected mass and demolishing your probe entirely.

What instruments would such a mission embed?

I'd assume it would embed very similar instruments to the ones NASA decided to put on the Parker Solar probe. The instruments on that probe are:

Surveyor of the invisible forces, the FIELDS instrument suite captures the scale and shape of electric and magnetic fields in the Sun’s atmosphere. FIELDS measures waves and turbulence in the inner heliosphere with high time resolution to understand the fields associated with waves, shocks and magnetic reconnection, a process by which magnetic field lines explosively realign.

The Wide-Field Imager for Parker Solar Probe is the only imaging instrument aboard the spacecraft. WISPR looks at the large-scale structure of the corona and solar wind before the spacecraft flies through it. About the size of a shoebox, WISPR takes images from afar of structures like coronal mass ejections, or CMEs, jets and other ejecta from the Sun. These structures travel out from the Sun and eventually overtake the spacecraft, where the spacecraft’s other instruments take in-situ measurements. WISPR helps link what’s happening in the large-scale coronal structure to the detailed physical measurements being captured directly in the near-Sun environment.

The Solar Wind Electrons Alphas and Protons investigation, or SWEAP, gathers observations using two complementary instruments: the Solar Probe Cup, or SPC, and the Solar Probe Analyzers, or SPAN. The instruments count the most abundant particles in the solar wind — electrons, protons and helium ions — and measure such properties as velocity, density, and temperature to improve our understanding of the solar wind and coronal plasma.

The Integrated Science Investigation of the Sun — ISʘIS, pronounced “ee-sis” and including the symbol for the Sun in its acronym — uses two complementary instruments in one combined scientific investigation to measure particles across a wide range of energies. By measuring electrons, protons and ions, ISʘIS will understand the particles’ lifecycles — where they came from, how they became accelerated and how they move out from the Sun through interplanetary space. The two energetic particle instruments on ISʘIS are called EPI-Lo and EPI-Hi (EPI stands for Energetic Particle Instrument).

Could it be widely crowdfunded by the hype behind "Contest for the fastest man made object ever relative to the sun, guiness book certified"?

Probably? Maybe? Not really a question for Space SE. Regardless, Parker has this record now.

A very related question I've asked was: At what distance to the sun would the Parker Solar Probe completely fail?

If the above information doesn't sate you, combine it with the information provided in that question as well.

What is the material and reflectivity of the surface of Parker Solar Probe's heat shield that faces the Sun?

Note, if any of this information is invalid feel free to edit or comment as always.

10
What's our limit in sending probes to distant bodies?
8
Are there any gas giant probes planned that will return images or video?
6
Are there any private space probes presently active?
10
Are multiple sub-probes feasible for fast flyby missions to outer Solar System objects?
6
Are there any missions planned to the "new" dwarf planets?
4
What could femto probes do?
5
How do Field Programmable Gate Arrays affect the capabilities of probes?
10
Why space probes are so different from each other?
8
Have there been any probes launched that were actually clusters of probes?
12
How come there are so few TNOs the Voyager probes and New Horizons can visit?