Why does this photo of the Hubble Space Telescope look so weird? 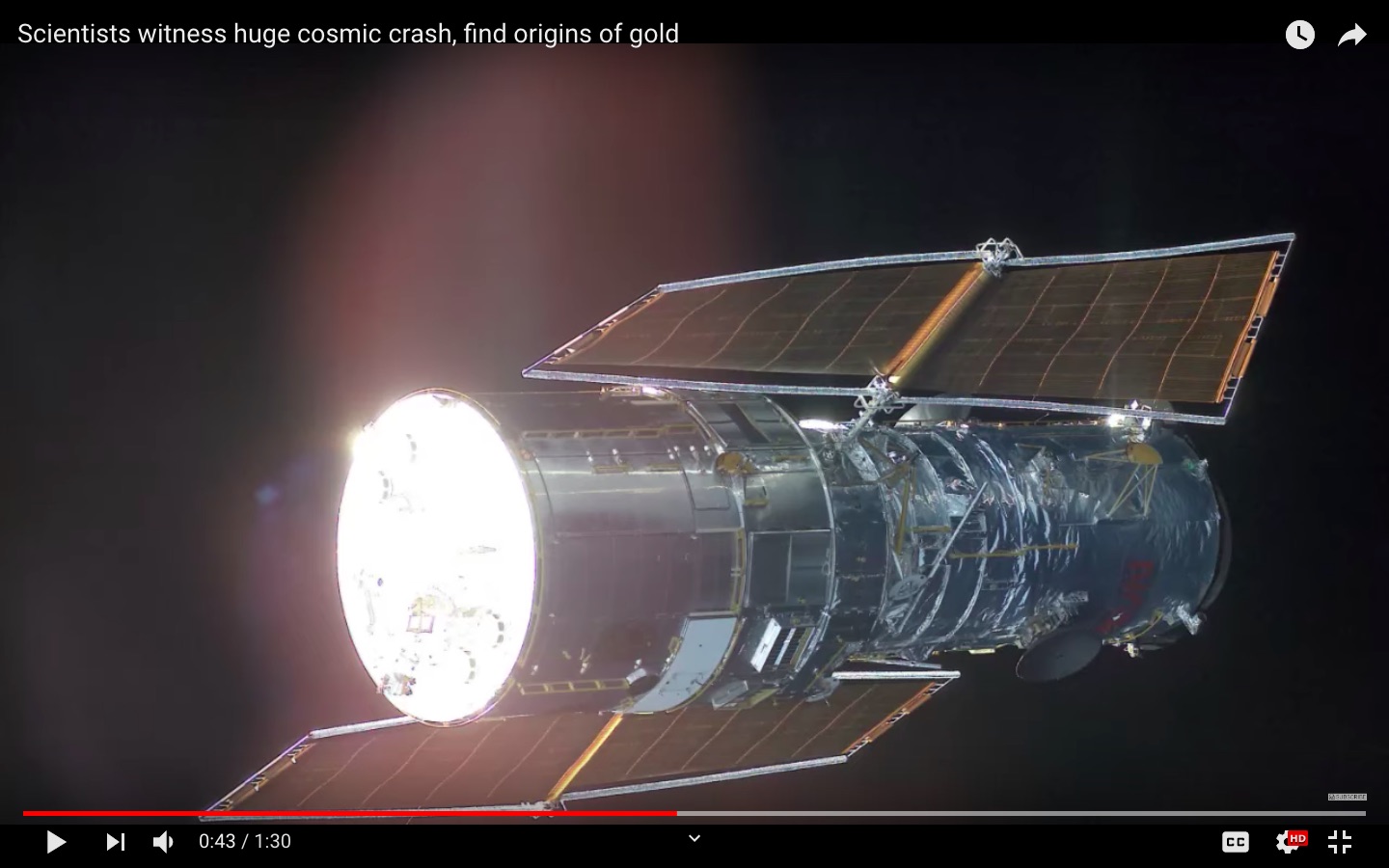 Question: Can someone identify this photograph of the Hubble Space Telescope seen as a still in the Los Angeles Times YouTube video Scientists witness huge cosmic crash, find origins of gold, figure out how it was taken, and explain the following strange things about the image:

There is more discussion of Hubble's solar panels in comments and answers to Is the Hollywood “Enemy of the State” satellite at all based on a real satellite?.

I can't stop thinking of this:

For the solar arrays, they have been replaced a couple times, and that "generation" of solar arrays always looked warped 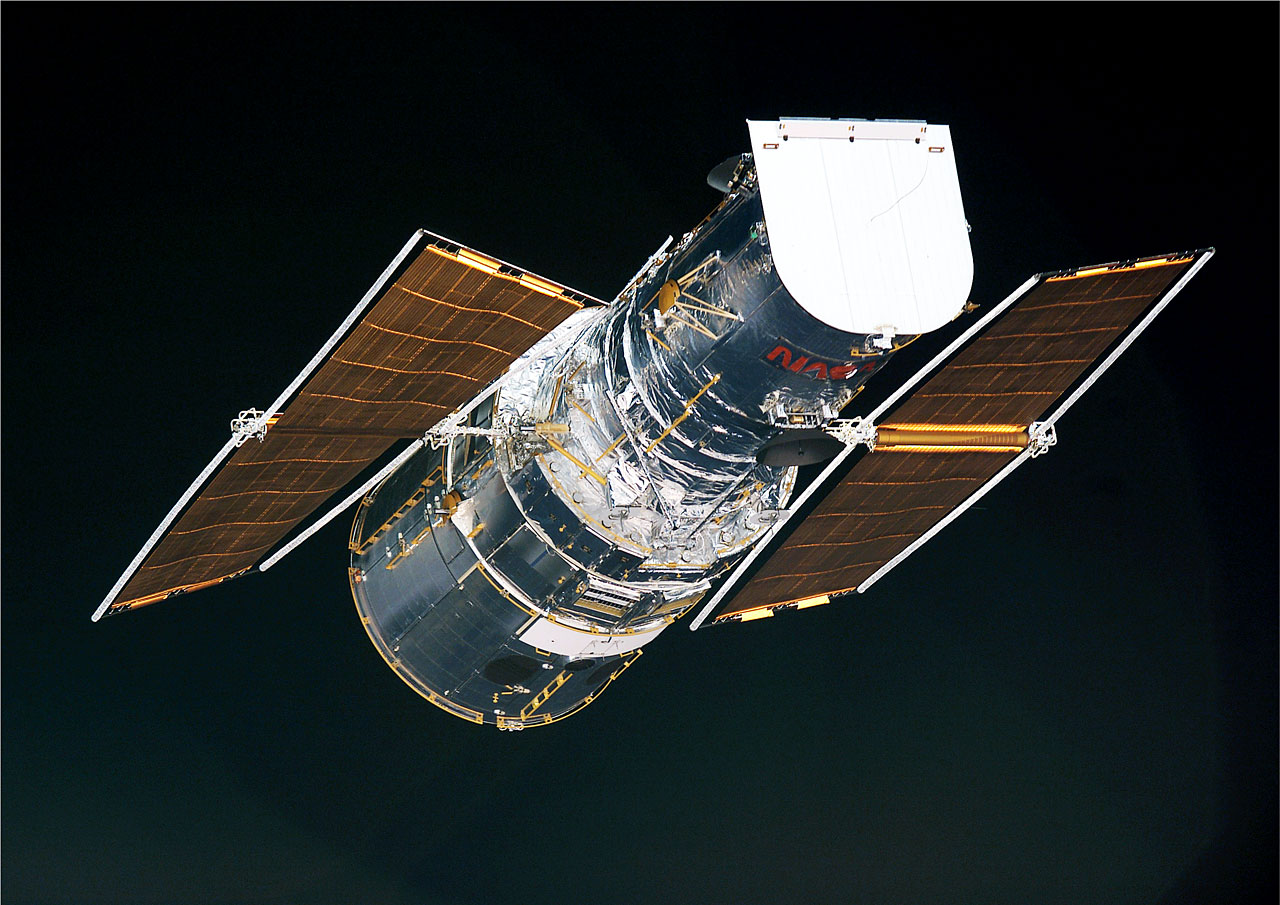 According to this quora post https://www.quora.com/Considering-Hubble-Telescope-is-25-years-old-have-the-solar-panels-been-replaced-at-least-once-given-their-degradation-in-space-happens-much-faster it was due to a failed compensation mechanism for the solar array deploymer/actuator.

Concerning the glow, that's the servicing end with towel bars for the shuttle to perform docking so Hubble can be serviced. The glow is likely just a reflection of the sun along with some lens flare on the image. It's hard to light balance space photos if you have a high light section surrounded by the darkness of space. This is also probably why we see no stars in the image?

How it was taken would be an interesting guess. Based on the resolution of the photo I think it has to be before or after a servicing mission, and looking that the timeline https://www.nasa.gov/mission_pages/hubble/servicing/index.html It seems that there were both old solar array and no color photos for SM1, so it rules that out, along with second generation solar arrays (the ones in question) being replaced by SM3B. The look of the photo seems the match the style of the SM2 photos on thst page, so my guess would be that an astronaut took the photo sometime between Feb. 11-21, 1997. EDIT: Found to have been taken in 2002, see comments.

Not the answer you're looking for? Browse other questions tagged nasa space-shuttle identify-this-object space-telescope hubble or ask your own question.

3
Is the Hollywood "Enemy of the State" satellite at all based on a real satellite?