Features seen on the Space Shuttle's solid booster; what does "LOADED" mean exactly?

The question Please explain the time reference shown in Shuttle launch engineering video links to the very cool video Ascent - Commemorating Shuttle. After about 22:25 in the video there is footage from "Camera 33" showing the external fuel tank and one solid booster.

As the booster passes by on the right side of the image, I noticed the following sequence of things pass by, superimposed on the otherwise smooth white matte surface of the booster.

Question: What are these, and what exactly does "LOADED" mean? 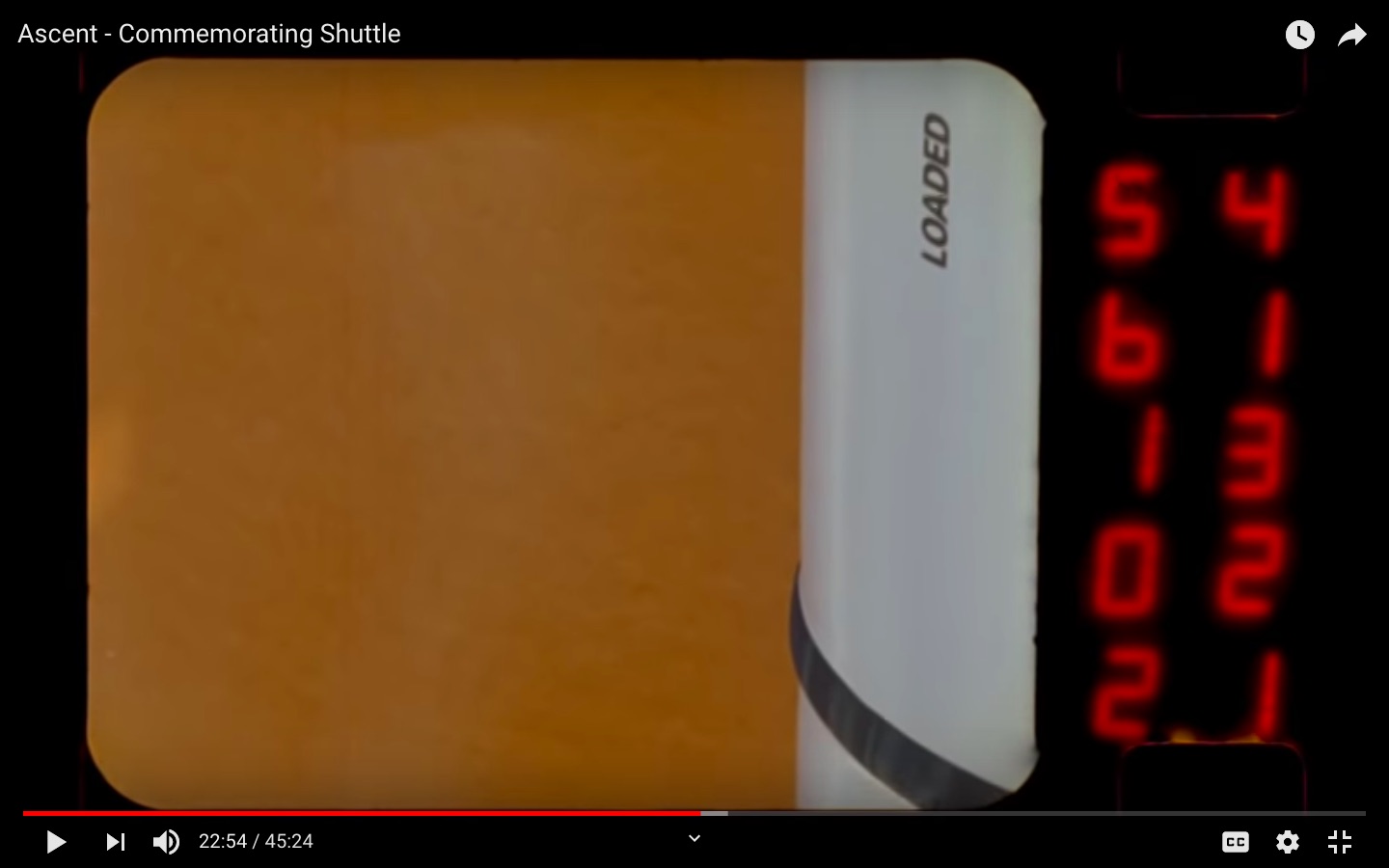 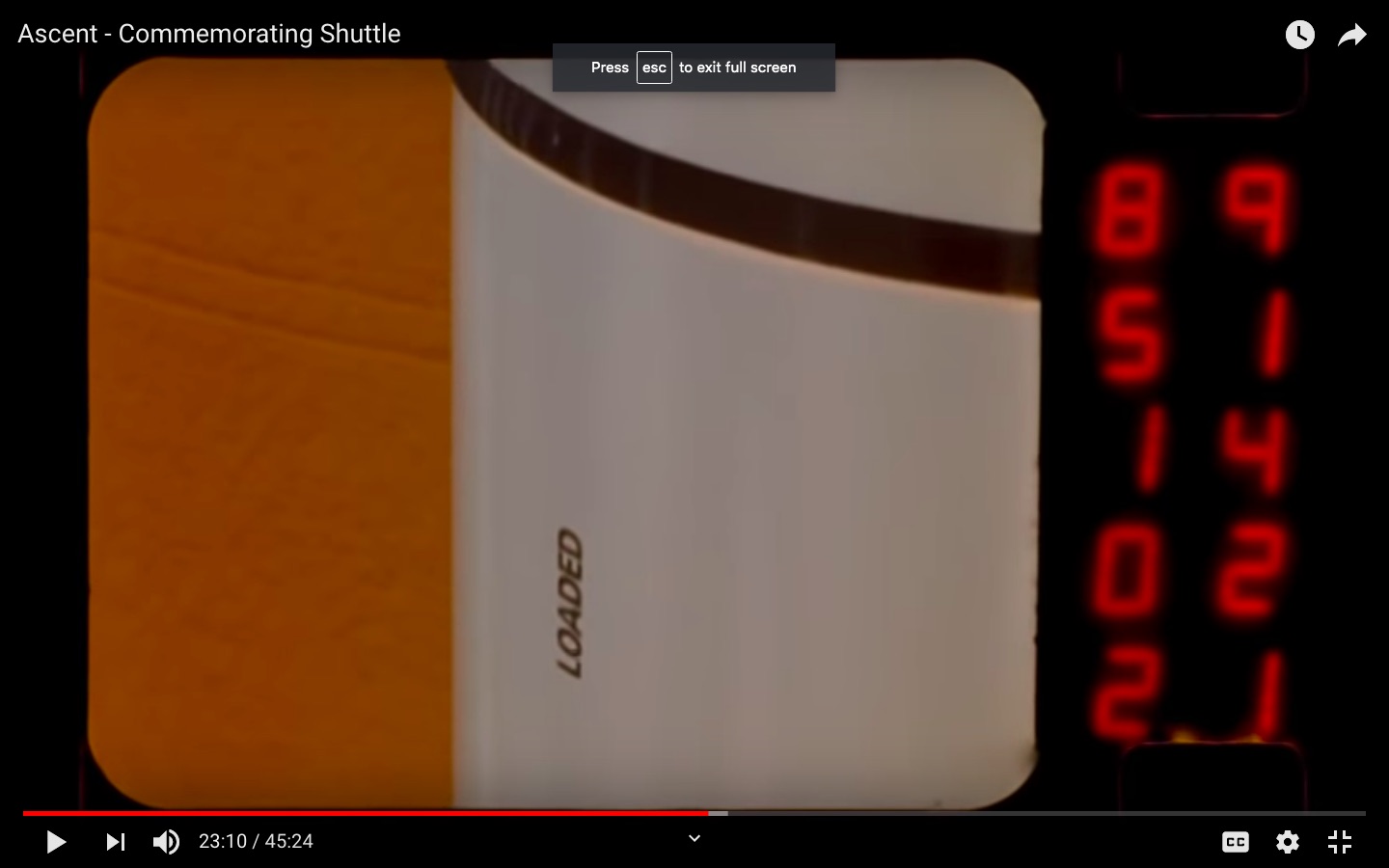 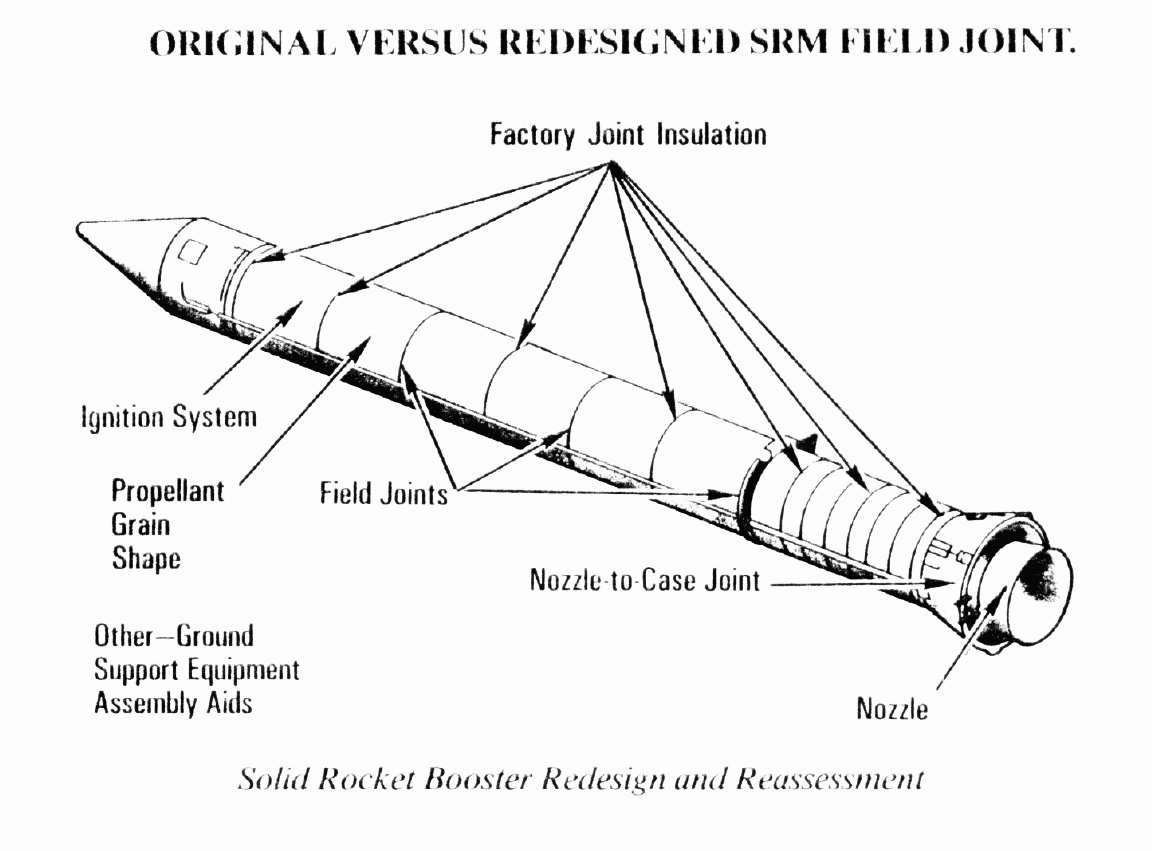 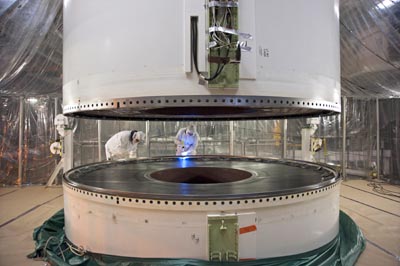 Both kinds of joints are pinned joints. As shown in this picture, there are a large number of holes around the joint. Once the segments are aligned, pins are inserted into the holes. Then a retainer band goes around the outside of the joint to hold the pins in.

Here is a cutaway drawing of the factory joint. 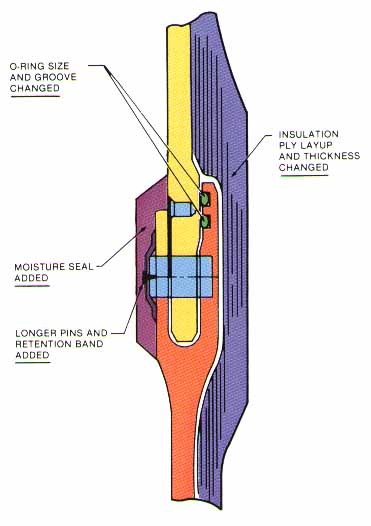 That's it for the factory joints. These are the black bands you see.

Here's a cutaway drawing of the field joints showing the heaters, insulation, retaining band and pins. 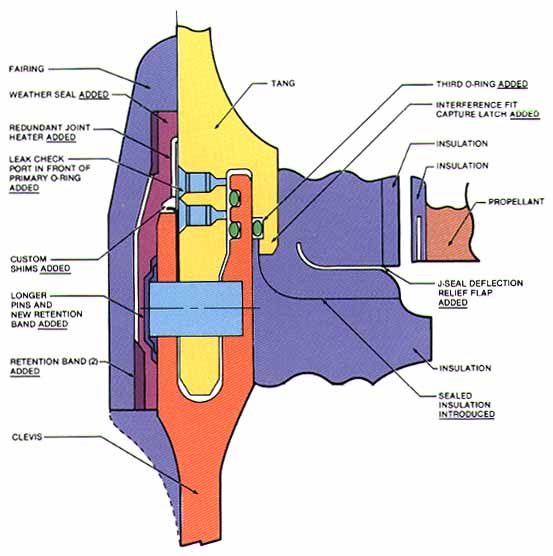 LOADED just means the casing has propellant in it. I haven't found a reference for that one either. But, here is a segment with the counterexample: INERT 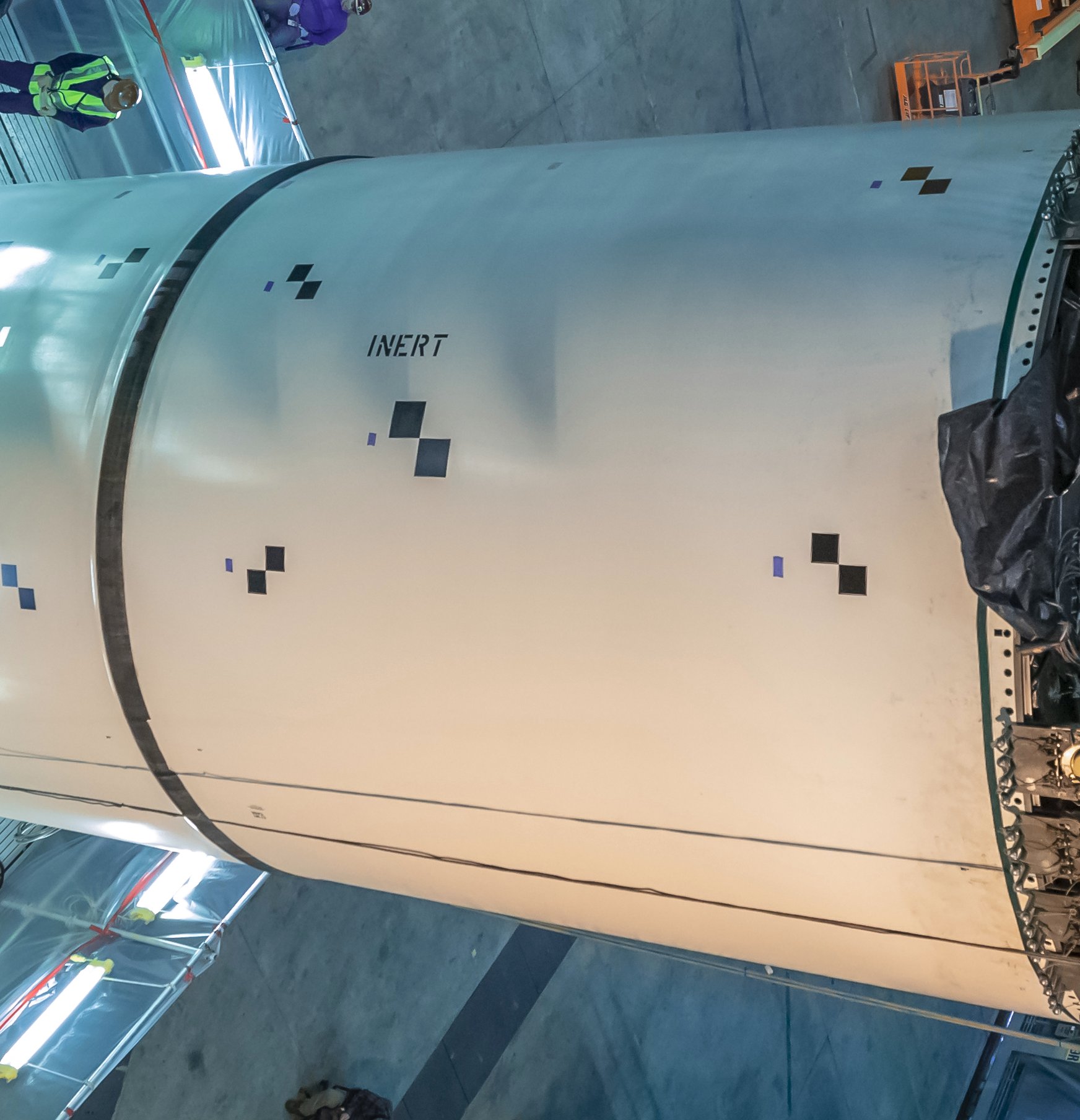 Bonus SRB labeling fact: the SRB segment railcars are labeled with DO NOT HUMP. 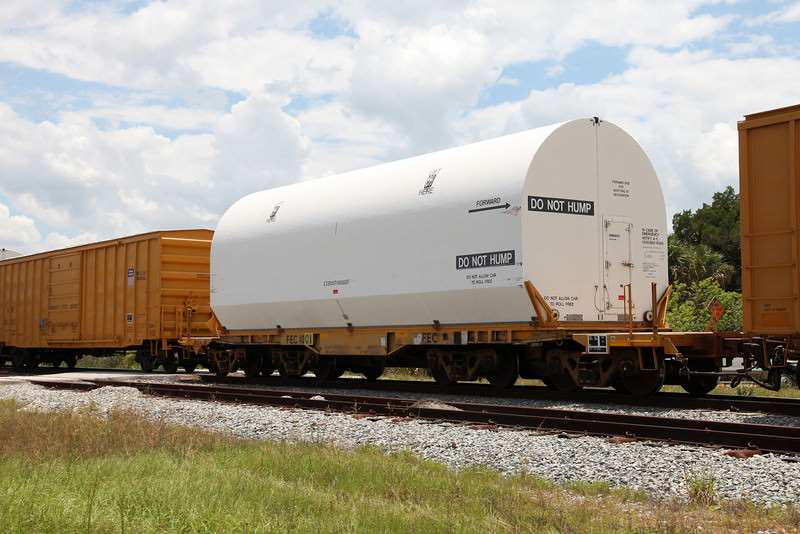 That means they should not be subjected to "humping", a process where "rail cars are pushed up a hill (hump), uncoupled, and then rolled downhill into remotely controlled sorting tracks." (source: Union Pacific glossary)

In the military, color codes are used for the same purpose: to make it easy to distinguish between live missiles (with propellant and explosives on board) and training rounds (without explosives, used to train people in missile handling).

The black bands are a rubber coating over the joints between sections. The white bands are another joint cover, I think. The black ones are applied in the factory, which means the white ones are applied on the launch site when the 4 booster segments are joined. Each segments consists of smaller barrel sections that are joined at the factory before the propellant is cast into the section.

The much wider black band at the top was painted on the left-side booster only to make it easier to distinguish between them during descent and splashdown.

Not the answer you're looking for? Browse other questions tagged launch space-shuttle identify-this-object booster srb or ask your own question.