Why were there so many icicles in this Space Shuttle launch area? (Challenger disaster)

The blogpost Lessons From NASA Disasters: When Curiosity Deficits Kill is about the importance of freedom of curiosity for members of organizations. However it contains many Space Shuttle-related images.

The one below presumably shows some area associated with the Space Shuttle's launch pad on the morning of the Challenger disaster. 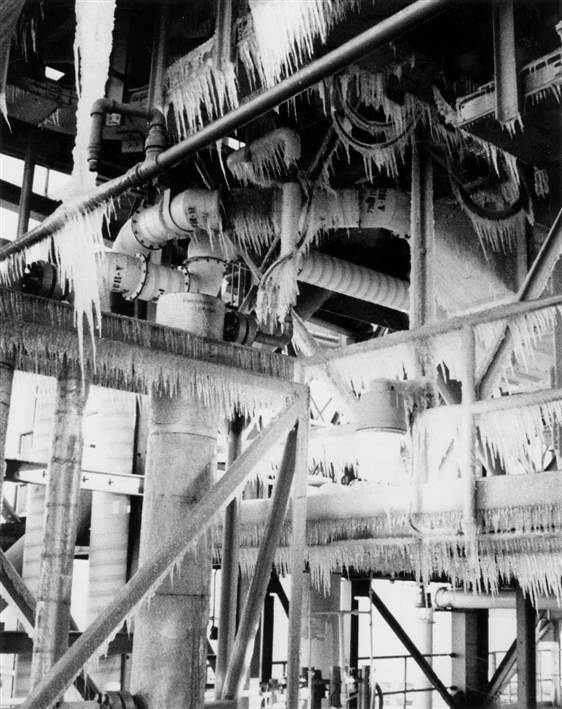 Knowing the weather forecast, the pad crews drained the water pipes or left them running to prevent them freezing and bursting.

With sub-freezing temperatures predicted, ground crews drained most of the water pipes at the launch pad to minimize ice formation. Those that could not be drained were left running overnight, and strong wind gusts blew water onto pad structures where it subsequently froze.

The freeze protection plan for the launch pad was implemented, but the results were not what had been anticipated. The freeze protection plan usually involves completely draining the water system. However, this was not possible because of the imminent launch of 51-L. In order to prevent pipes from freezing, a decision was made to allow water to run slowly from the system. This had never been done before, and the combination of freezing temperatures and stiff winds caused large amounts of ice to form below the 240-foot level of the fixed service structure including the access to the crew emergency egress slide wire baskets. Ice also was forming in the water trays beneath the vehicle.

Rockwell (makers of the Orbiter) were super concerned about the ice flying around at liftoff and damaging the tiles.

"I couldn't believe they came out of the MMT [Mission Management Team] meeting with a recommendation to launch. Based on the ice alone, I thought it would be no-go. The ice was an unknown."

Consider this a partial answer, I can't tell where exactly on the pad that picture is. This picture I took shows that there are a lot of pipes on the pad. The quote from the report says " below the 240-foot level of the fixed service structure including the access to the crew emergency egress slide wire baskets" My picture shows the joint between the rotating and fixed service structures. 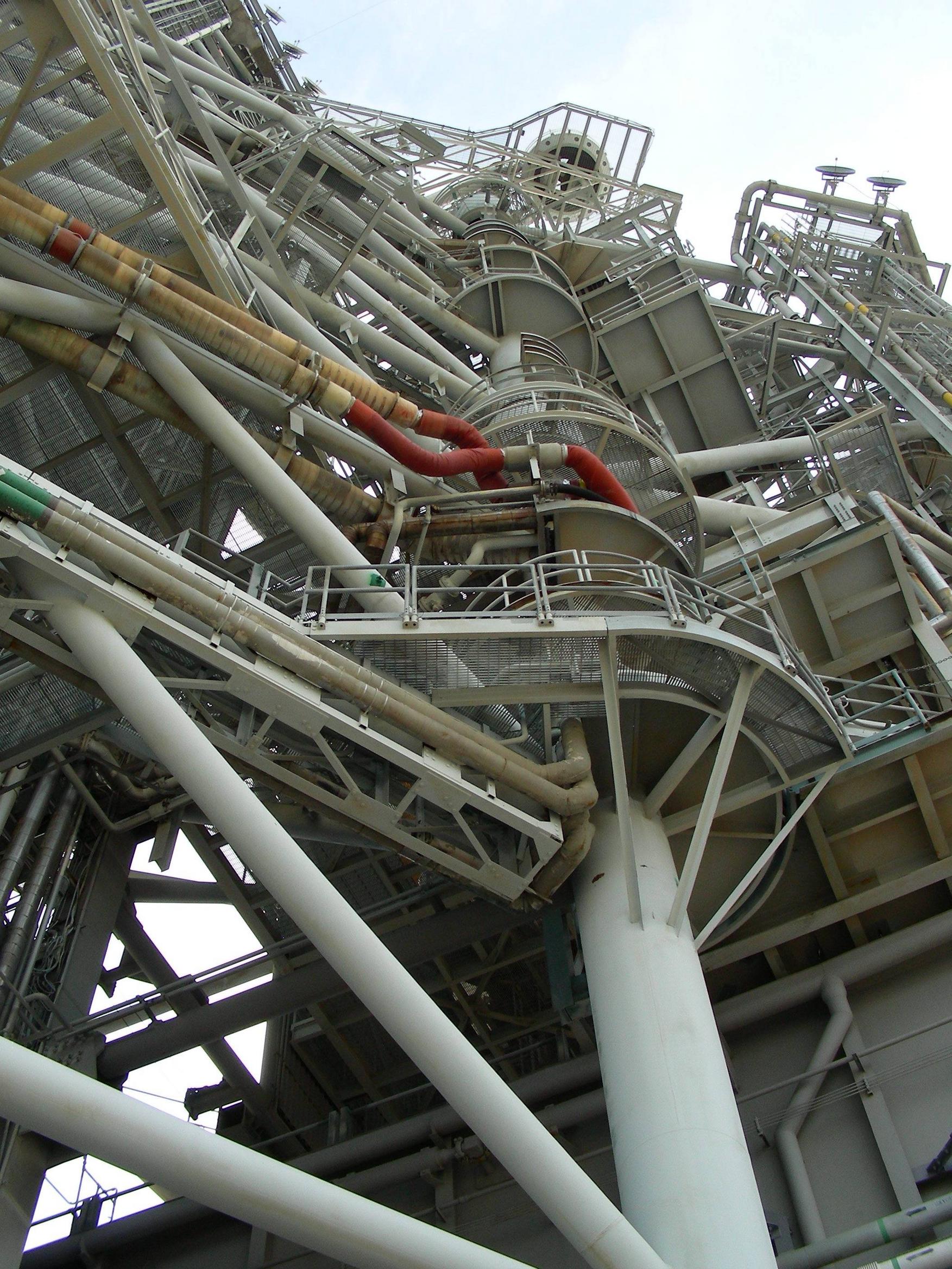 Not the answer you're looking for? Browse other questions tagged launch space-shuttle srb ice or ask your own question.