Are there any space probes or landers which regained communication after being lost?

Are there any space probes/landers which regained communication after being lost like this one?

In all these cases signal is lost and recovered in a controlled fashion, with the exact moments of contact lost and recovery perfectly known and planned. But I guess you are asking for cases where contact was unintentionally lost and then recovered. There are also some interesting cases where that happened:

Here you have a picture taken from Rosetta of the Philae lander (in the center-extreme-right side of the image) photographed in the shadow cast by the walls of the crack: 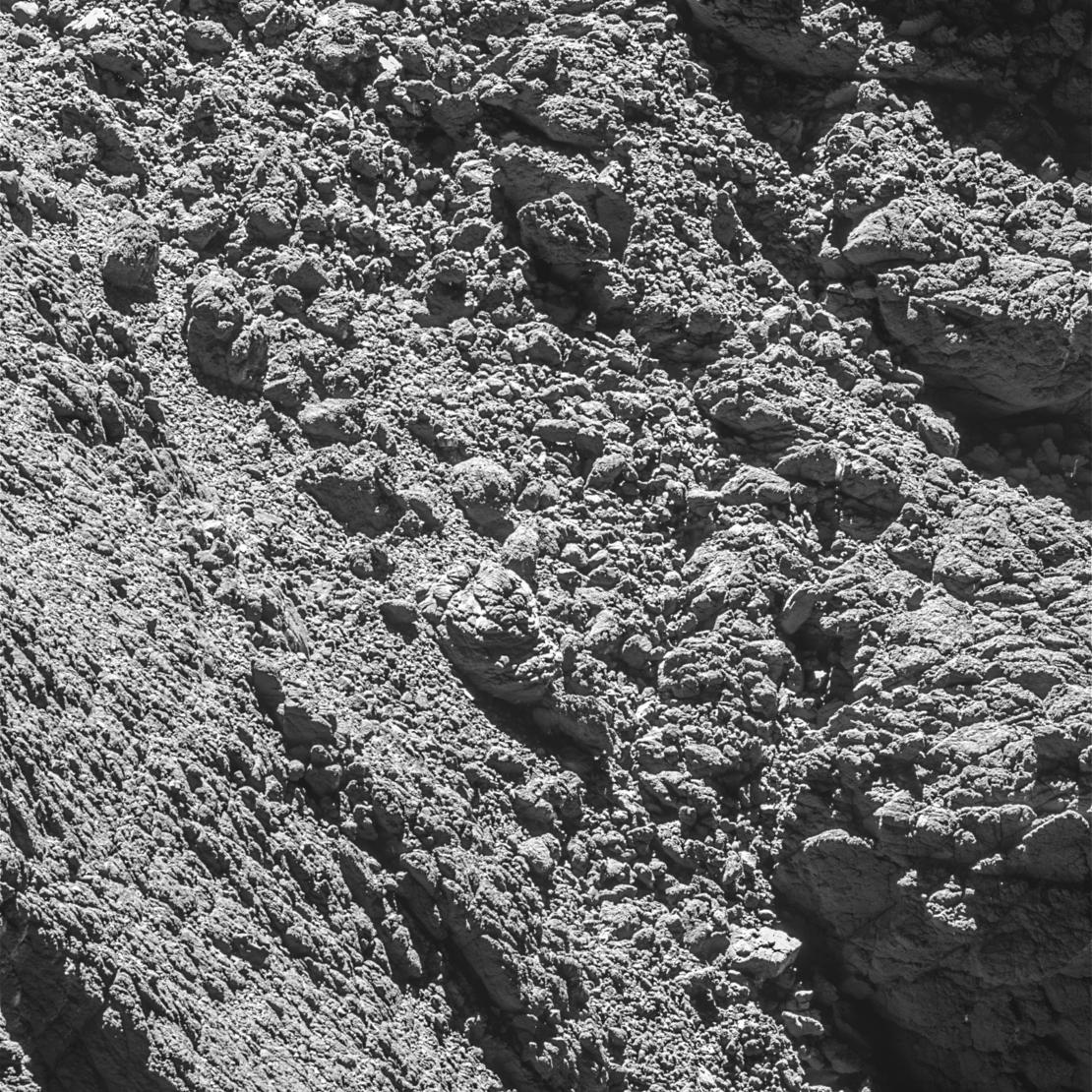 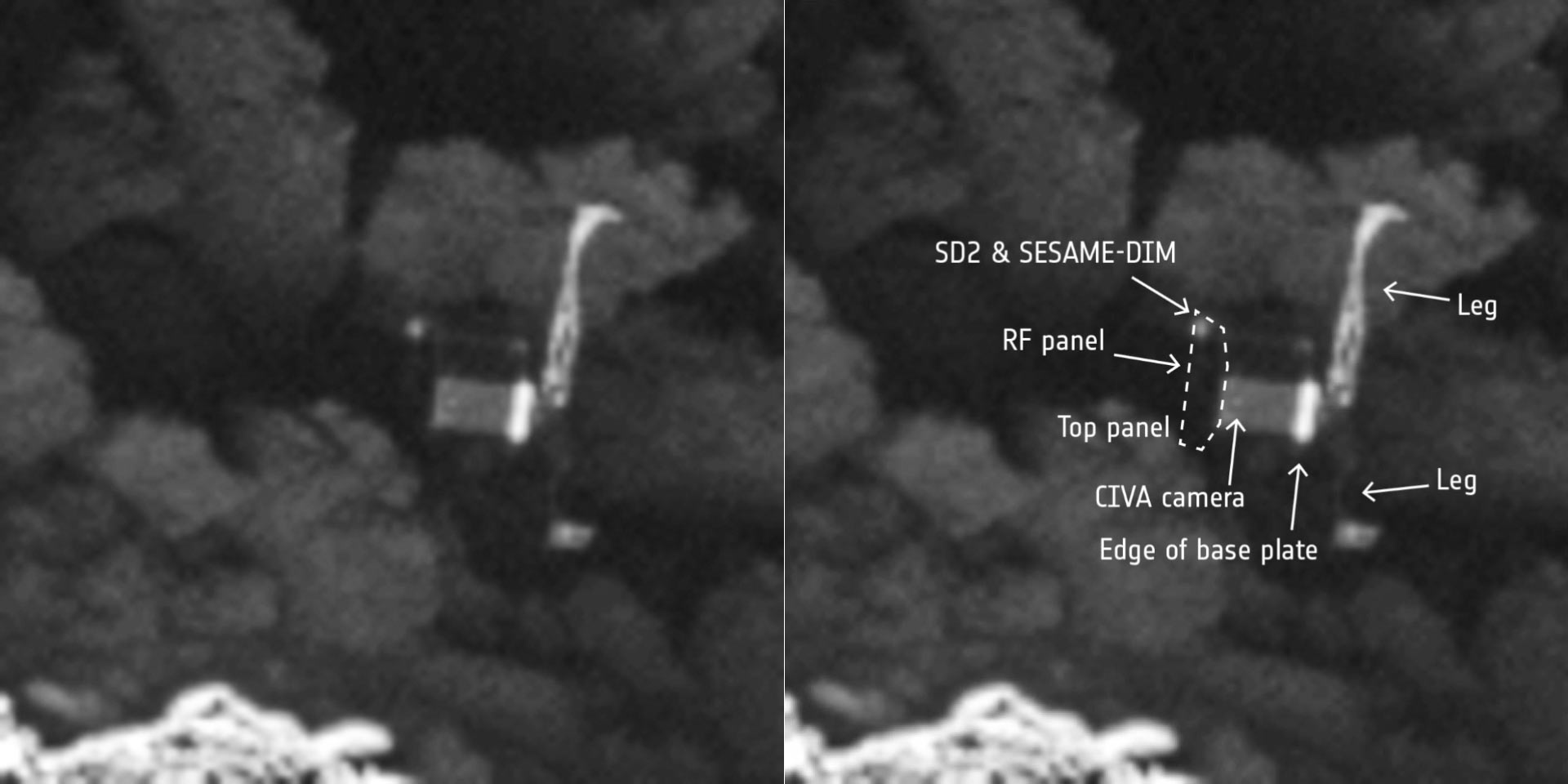 Are there any space probes\landers which regain communication after being lost?

Contact was lost with IMAGE on December 18, 2005, 07:39 UTC and it was detected again by amateur satellite hunter Scott Tilley on January 20, 2018. You can read more about it in that Wikipedia article and this answer and this answer

SOHO was nearly lost. Communications was severely impacted by a loss of attitude control and antenna pointing. It was touch-and-go for a while:

From Is this what station keeping maneuvers look like, or just glitches in data? (SOHO via Horizons) (you can read more about it there):

If you look closely at the "top" there's a little blip, and excursion toward the sun. I think this is the famous, frightening episode in June to November 1998 when SOHO was almost lost. There is a page of recovery docs or you can read about it in Aerospace America May 1999: Saving SOHO or the article by ESA's F.C. Vandenbussche SOHO’s Recovery – An Unprecedented Success Story or for the more of the technical details, Roberts 2002 The SOHO Mission L1 Halo Orbit Recovery From the Attitude Control Anomalies of 1998.

In this case the spacecraft was not lost so much as people simply stopped talking to it/looking for it for a while:

On May 29, 2014, two-way communication with the spacecraft was reestablished by the ISEE-3 Reboot Project, an unofficial group[6] with support from the Skycorp company. On July 2, 2014, they fired the thrusters for the first time since 1987. However, later firings of the thrusters failed, apparently due to a lack of nitrogen pressurant in the fuel tanks. The project team initiated an alternative plan to use the spacecraft to "collect scientific data and send it back to Earth", but on September 16, 2014, contact with the probe was lost.

The question Which Voyager spacecraft “mutinied”, and what really happened? describes a situation where the spacecraft was not really "lost" but it at least appeared that Voyager 2 was no longer taking commands.

Not meeting the criteria of the question but there is day probe from Pioneer which was not intended to survive but continued to operate for 45 minutes after impact.

A number of other probes have lost contact for various software related reasons, including the voyagers but being software recovery is more possible than for a lander suffering some form of physical mishap.

Need to mention Akatsuki probe, which lost contact for an hour instead of 20 minutes entering Venus orbit in 2010. This incident led to five year delay in achieving destination.

Not the answer you're looking for? Browse other questions tagged nasa isro chandrayaan-spacecraft or ask your own question.

17
Why would a Deep Space Network antenna send up a carrier signal without any data?
24
Suppose Zuma wasn't "lost" — what would it take to detect it?
17
Is this what station keeping maneuvers look like, or just glitches in data? (SOHO via Horizons)
7
Which Voyager spacecraft "mutinied", and what really happened?
6
Is it possible for amateurs to determine the orbit of satellites
5
After 21 years of silence how and by whom was OSCAR-7 first identified as functional?
3
Did Zuma complete at least one orbit?
2
Help with ISEE-3's historic L1 halo orbit's Spice kernels (1978-82); still available somewhere online?
1
Did ISEE-3 spend a few years in a halo orbit around sun-earth $L_1$ without using any fuel?

15
Changes made to ISRO GSLV-D5's CUS and FBTP since GSLV-D3's LH2/LOX CUS failure to sustain ignition?
28
Does India have plans to explore Mars after Mangalyaan?
1
Is there any central world organization which authenticate achievement of various space agencies missions?
1
Orion Exploration Mission-1; clarification and additional trajectory information?
1
Chandrayaan-2 orbiter and lander communications with Earth (IDSN)
16
Is there any way to determine the fate of Chandrayaan-2?
7
Did the cold temperature of the lunar south pole cause Chandrayaan-2's on board electronics to fail?
9
Why would thermal imaging be used to locate the Chandrayaan-2 lander?
10
What went wrong in the Chandrayaan-2 mission with the Vikram lander?