What caused so many objects in Earth orbit to “go NEA”? (no elements availabe)

T. S. Kelso tweeted the following, is this a case of lost and found? How can so many substantial objects become lost like this? The list of 23 objects "formerly known as Prince NEA" all seem pretty large to get lost!

We just got a big release of TLEs for 23 objects formerly classified as NEA—the third release this week. That removes 37 objects from the NEA list—great progress! 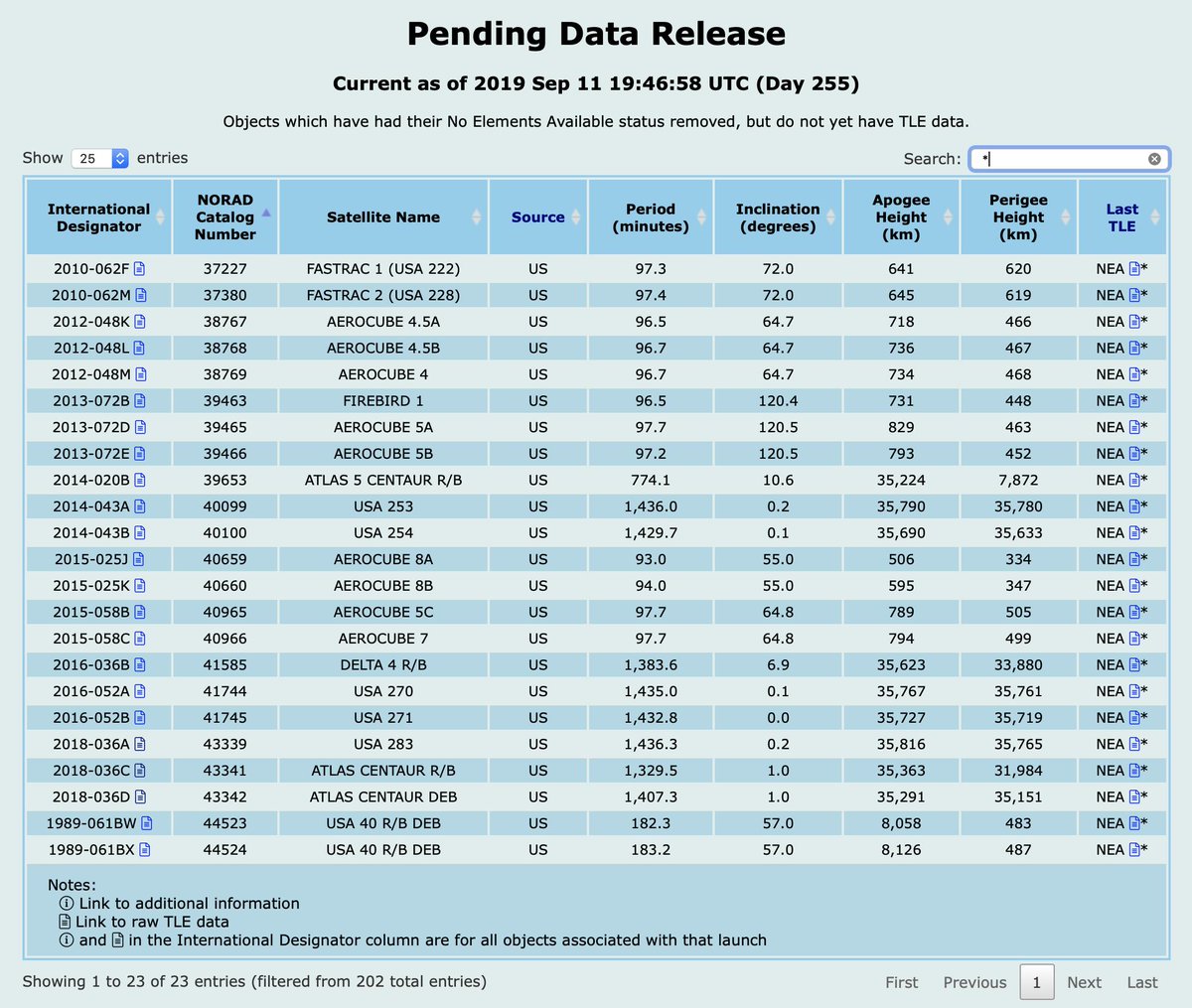 When an object becomes "lost", we usually know most of the orbital information, including apogee, perigee, inclination and orbital period. Those are shown in the table.

What's not known is where in that orbit the object is currently located.

The reason for this is that the position over time is very sensitive to the initial values. As a simplified example, a 1m/s velocity error grows into a nearly 100km position error within a day.

TLEs expire, their error in position grows to about a kilometre within a couple of days (in LEO, that list has mixed orbits)

Just knowing the initial values for all these objects isn't enough to predict their position after a few weeks or months, they could potentially be anywhere in their orbit.

If the cubesats and debris listed in that table weren't observed again before their initial TLE expired, they are lost. We know they are up there, we know the shape of the orbit, but we don't known where they are. They are lost because nobody gave observing these things priority

However if they are observed again, and their TLEs re-established, it's easy to plot the orbit back in time, to confirm that they are the same objects. This is what happened here. New observations found objects that turned out to be the original lost ones.

This happens frequently with asteroids as well, we can often see in 19th and 20th century data when an asteroid was observed but subsequently lost.

Many (if not all) of the objects with "NEA" status are/were classified, or were manifested along with classified missions. Many "USA" satellites (and their rocket bodies) do not have publicly-available orbital elements.

Not the answer you're looking for? Browse other questions tagged two-line-elements tracking radar or ask your own question.

6
How many antennas does Kurs use in toto, and what are each of their functions?
4
What would be a “big picture” understanding of how the orbits of Earth satellites are monitored?
3
Has a TLE ever been issued for a spacecraft trajectory not bound to Earth orbit?
0
What are monostatic radar observations, and how will Deep Space Network's DSS-13 be used to observe asteroid 1999 WK4's flyby of Earth?
4
What caused the ISS Two Line Element Day of Year problem beginning 12-24-2019?
8
Why are objects in this highly elliptical orbit present in Vimpel but not USSpacecom