How were the “dust recepticles” installed on the Apollo 17 LM floor?

During the Apollo 17 mission, dust on the lunar module floor was swept into floor receptacles which were sealed before lift-off, but some dust was still present in the cabin atmosphere after lunar orbit insertion.

Question: Was the floor of the Apollo 17 lunar module modified from previous LM's to have these recepticles added (I'm imagining some hole in the floor with a sealed box below it), or are these above-floor receptables affixed to the floor? Are there photos or drawings? 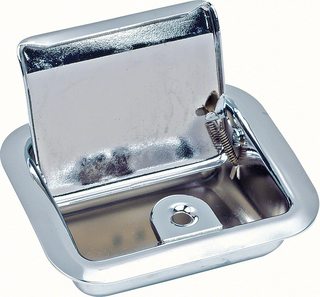 There isn't much documentation on the design or evolution of the LM floor. There are holes where dust could plausibly be swept into, but it's not clear whether they were designed for that purpose.

Prior to ascent from the lunar surface, the cabin activities included covering all holes in the lunar module floor into which dust had collected or could be swept. Although considerable dust appeared in the cabin upon insertion, taping the holes definitely prevented a major dust problem in zero-g.

The crew compartment deck measures approximately 36 by 55 inches. It is constructed of aluminum honeycomb bonded to two sheets of aluminum alloy. Non­flammable Velcro pile strips, which contact hooked Velcro material on the astronaut boots, are bonded to the deck surface. Handgrips, recessed in the deck, aid the astronauts during egress and ingress through the forward hatch.

Originally I thought that the ascent engine cover my also have had pockets to sweep dust into, but I am no longer convinced of that.

It seems that there may have been changes to the LM floor throughout the program. Compare this picture of a LM at KSC: 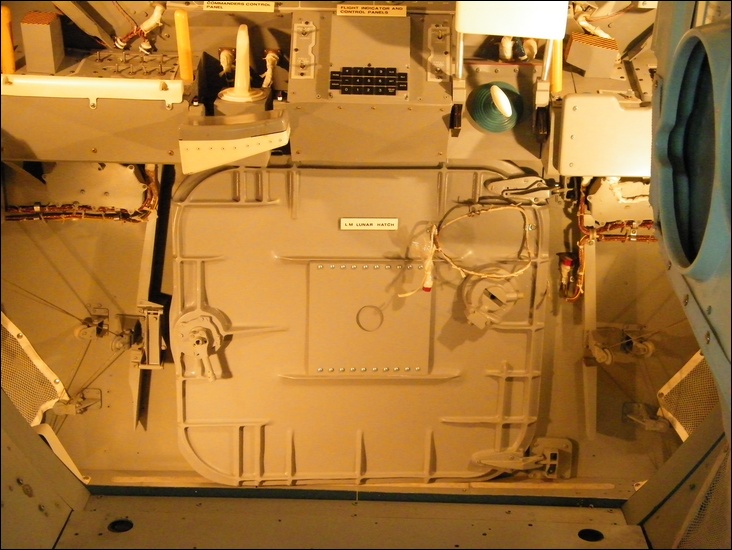 to this one from the Smithsonian: 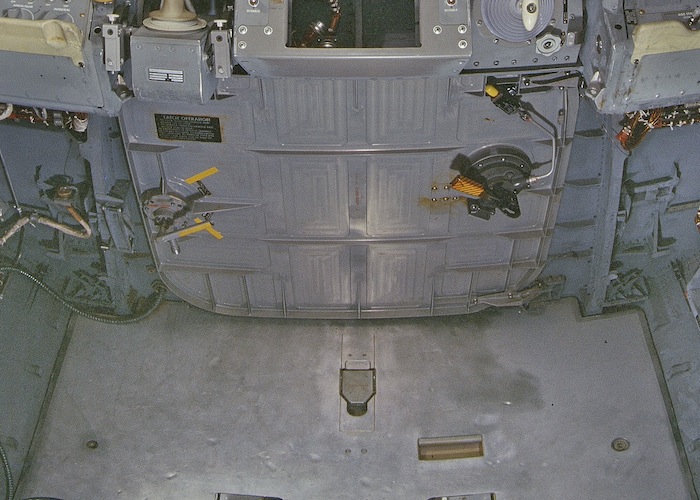 There certainly are holes in the floor where dust could be swept into. And at least one of the slots on the floor of the Smithsonian photo looks does like a handhold.

Not the answer you're looking for? Browse other questions tagged apollo-program dust apollo-17 or ask your own question.

43
How often is duct tape used during crewed space missions?
24
How exactly did the floor of an Apollo LM look like after EVA(s)? Seeking photo!
8
Did the Apollo astronauts suffer any health effects from inhaling lunar regolith?

12
What did Apollo need the crewed Command Module for?
20
Could an Apollo LM land uncrewed?
10
What was the “sour milk smell” during the 1967 Apollo 1 testing?
24
How exactly did the floor of an Apollo LM look like after EVA(s)? Seeking photo!
5
Why did the Apollo cabin repressurization valve cause a banging sound?
4
What are “uncoupled attitude maneuvers” and why do them?
7
How much could “sublimator operation” have possibly contributed to Apollo 11's “sizable downrange miss”?
4
Was the kill-the-moon-bugs disinfectant the same as the kill-the-Earth-bugs disinfectant?
31
Was the Apollo 13 CO2 problem a matter of capacity, or of rate?
6
How (the heck) was coherent synthetic aperture radar (SAR) implemented using photographic emulsion aboard Apollo 17?