What exactly is an F-mission?

The complete wording on the patch is as follows:

Question: What exactly is an F-mission? 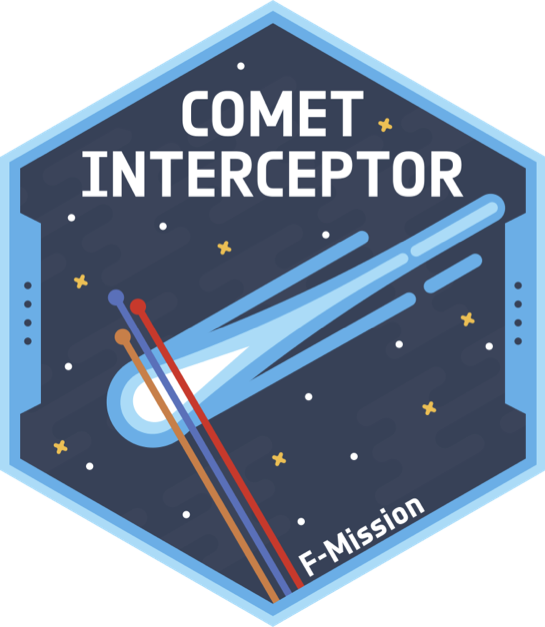 It is a “Fast Mission” opportunity. These are missions that address an opportunity in the near future that would possibly be missed with the normal mission development timeline.

Historically, ESA missions are classified as Large (L), Medium (M) or Small (S). The distinction is not on size of the payload, but on the technology development required for the mission, and consequently the number of years required to get from idea to launch:

In 2018, the F-class was announced in addition to the existing classes. These missions are small (under 1000 kg including fuel), cheap (under 150 M€) spacecraft that can piggyback on one of the upcoming M-class mission launchers:

This Call for a Fast mission aims at defining a mission of modest size (wet mass less than 1000 kg) to be launched towards the Sun-Earth L2 Lagrange point as a co-passenger to the ARIEL M mission, or possibly the PLATO M mission.

Not the answer you're looking for? Browse other questions tagged terminology deep-space esa comet mission-patch or ask your own question.

11
What is a reference mission?
10
What is the status of ESA's proposed human mission to the Moon?
5
What exactly did the Outer Planets Panel say in their recommendation for outer planets missions?
3
What is the story behind NICER's mission patch?
6
What does the four-leafed clover on mission patches produced by SpaceX signify?
2
What is the universal emblem that represents space exploration?
8
Apollo Mission Insignia patches, were they stitched by hand or numeric control?
17
What is a "fee area" exactly and why is it named that way?
2
What mission is this Chris Hadfield photo associated with and what is the location? And what is that thing?
22
What is "mission design"? What do mission designers do (if such a designation exists)?