What measures were taken to clear wildlife from the Shuttle Landing Facility?

What was done to prevent or remove wildlife such as alligators and birds from the runway at Kennedy Space Center, so the Shuttle could land safely?

A series of 25 liquid propane cannons, placed in strategic locations along the east and west sides of the SLF runway, are controlled by air traffic controllers in the tower and remotely by bird-watchers in the field. These cannons, installed in September 2007, are fired randomly by zone, individually or all at once. Each rotates in a 360-degree pattern for the greatest effect.

More intractable avians got a personal visit. The gun was - reportedly - only used to scare them.

Smith fires shotguns and pistols loaded with blanks to scare large flocks of birds away from the runway. From time to time, he sounds a special siren from his truck or uses a remote control to set off cannons. 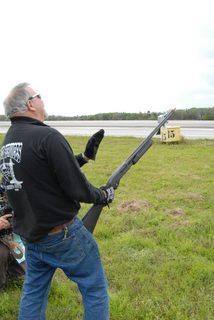 For mobile speed bumps such as alligators, my memory says a walkdown was done of the runway prior to landing. I can't find a reference for that, however, except for this rather vague statement:

Prior to each Kennedy Shuttle landing, it is the task of a special crew to clear the runway of all debris, including any alligators that might be sunning themselves on the runway surface. 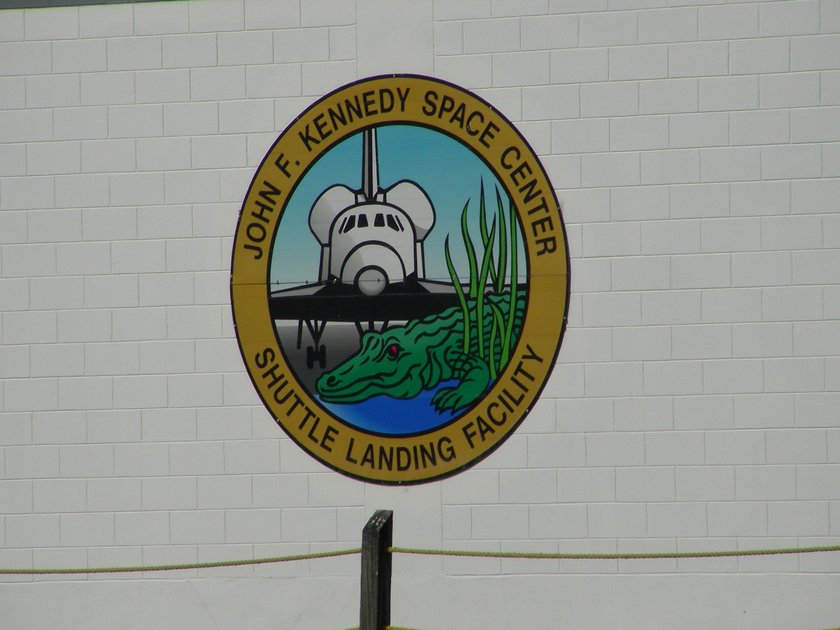 59
Why is the Shuttle Landing Facility runway surrounded by water?
26
Could the Space Shuttle have landed on any long runway other than those specially reinforced at Kennedy (TTS), and Edwards (EDW)?
19
If the Space Shuttle missed its landing approach, what could have been done?
12
What is the problem with aborting a Space Shuttle launch?
2
Could a shuttle be built for Mars?
3
NASA's good luck eagle
5
What military forces provided Space Shuttle search and rescue?
5
What specific event determined the "end" of a shuttle mission?
2
Can the Space Shuttle land on Mars assuming there is a paved surface for landing?
9
Can the space shuttle use OMS engines during landing?