What was an “insurance cover”? 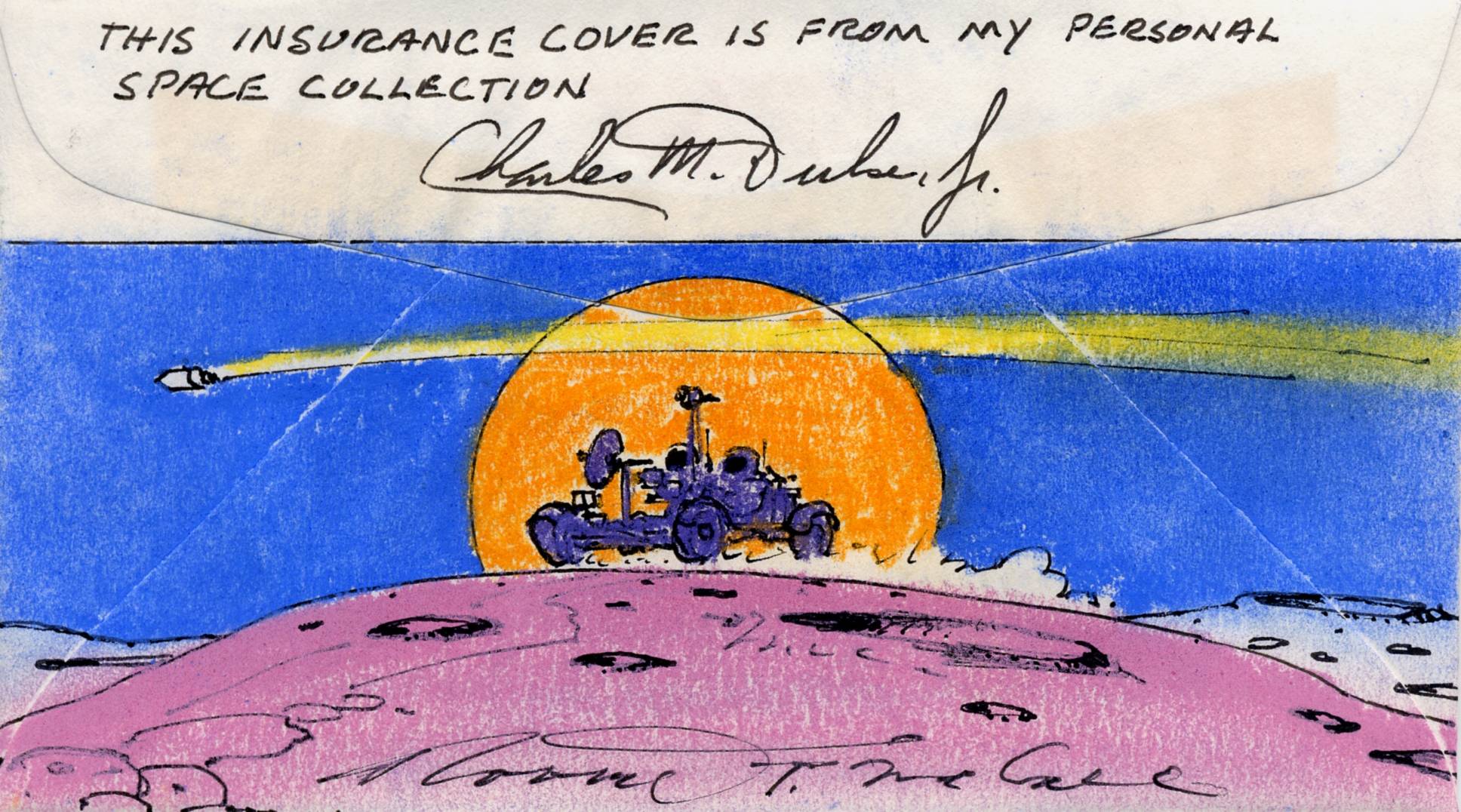 It's an envelope (for letters, forms etc.) that was signed by one of the Apollo astronauts before their flight.

The Apollo insurance covers are autographed postal covers signed by the astronaut crews prior to their mission. The insurance covers began with Apollo 11 and ended with Apollo 16. The ability of astronauts to obtain much life insurance was limited, so they signed hundreds of postal covers before they left, on the presumption that they would become highly valuable in the event of their death.

Not the answer you're looking for? Browse other questions tagged apollo-program insurance or ask your own question.

11
Who provides the insurance for SpaceX launches?
5
How will insurance work for manned commercial missions?
9
Did Charlie Duke actually get the measles?
1
At what time in the Apollo 14 mission did the maneuver shown in this image happen, and what exactly was happening?
3
How close did Apollo 16 astronaut Charles M. Duke Jr. get to the edge of Plum crater?
22
Was “I have the farts, again” broadcast from the Moon to the whole world?
27
Apollo Command Module heatshield tube - what was it for?
12
What programs did David Scott add to the Apollo computer for Apollo 15?
4
Why did Charlie Duke catch the brass ring?
7
What was the nature of the communication problems during Apollo 11's Eagle's descent? How were other antennas selected?