Why do some struts used in aerospace vehicle structures taper at the ends?

This ISS truss segment S6 (in the Space Station Processing Facility) shows quite a few examples. 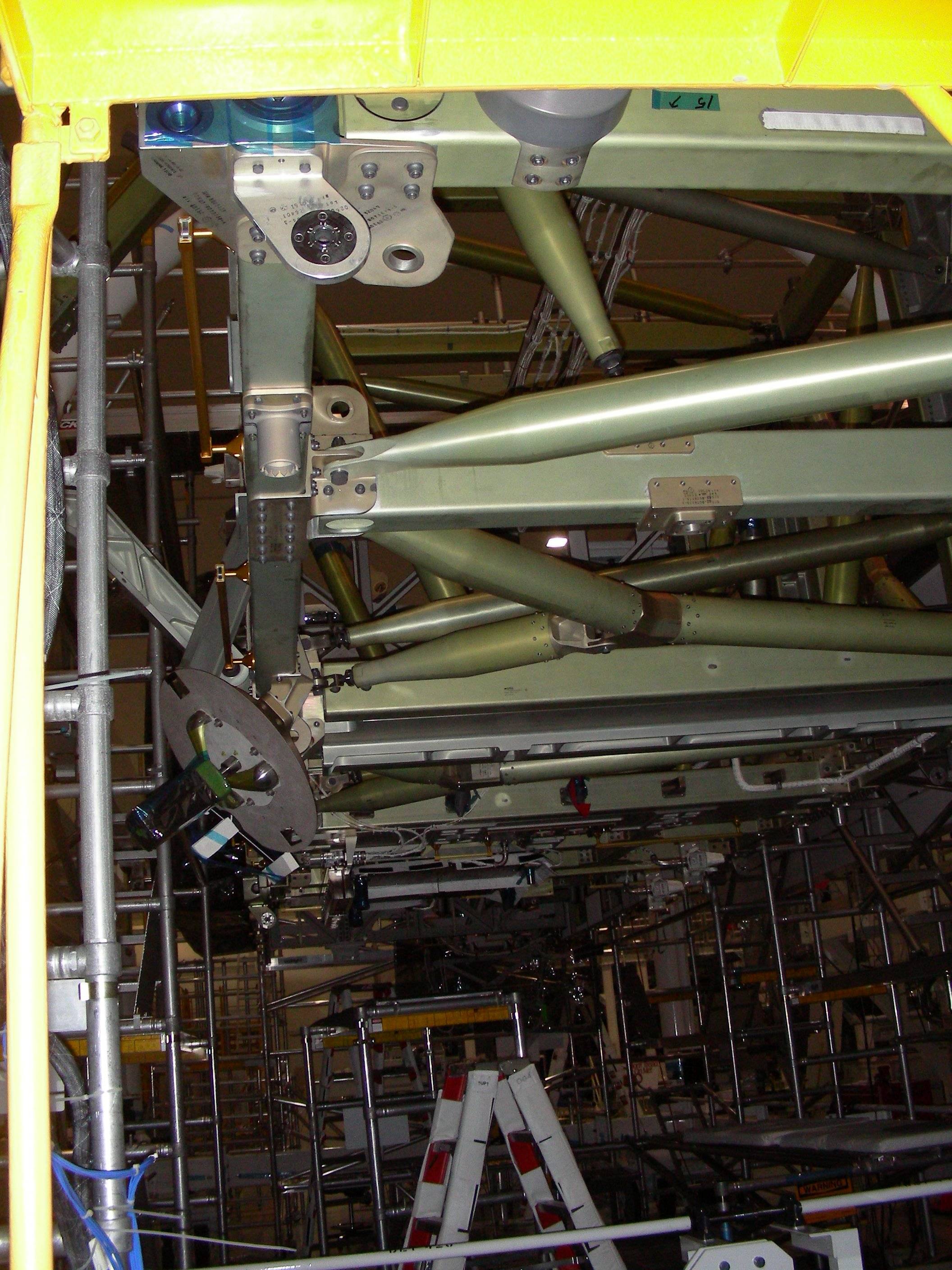 I've also seen them in the shuttle Orbiter midbody and aft compartment.

It would seem to complicate fabrication of the struts.

I'm looking for a For-Dummies level explanation; structures is not my field.

A detailed discussion can be found in this report from NTRS.

To sum up, the limiting case driving the design of struts is the compressive load capability.

To answer why it is tapered, we must first know why the struts are "fat" to begin with.

Notice all the tapered struts have pinned connections, which means they only transmit axial loads (tension and compression), and don't transmit any bending moments. A long, slender strut under compressive load is going to be limited not by its compressive strength directly, which is generally a function of the material and the cross-sectional area, but by its resistance to Euler buckling.

Buckling is a structural instability in which a column in compression deflects sideways, often suddenly. Sometimes this is used deliberately, as in the case of the ISS solar array mast flex battens, but in most structural cases, this is highly undesirable.

In particular, the term $EI$ refers to the bending stiffness, where $E$ is the Young's Modulus of the material and $I$ is the area moment of inertia. Sparing too much math, for a fixed cross-sectional area, $I$ is maximized by moving the material as far away from the center as possible.

Thus, the thicker the column or strut, the more load it can carry. Even more importantly, it's the material on the outside of the strut that provides the most resistance, so wide struts can be made hollow on the inside to minimize weight. Page 23 of the report linked above has two graphs that show how the weight of the strut that can support a given load changes with its inner diameter.

Thus: Struts are "fat" because that's the most weight-efficient way to resist buckling under compressive load.

Remembering that the strut is a hollow tube that terminates in a pinned connection at each end: compressive and tensile loads must flow from one pin to the other. Let's imagine a few alternative designs.

Thus: Struts are tapered because that design is mass-efficient, manufacturable, and strong.

Not the answer you're looking for? Browse other questions tagged structural-design or ask your own question.

0
What are those tilting/rotating platforms called that hold spacecraft during assembly, testing, and sometimes transport?

11
Why are balloon tanks used by so few rocket designs?
9
Why are stages not connected by the engine nozzle? Why are interstages used?
6
Why are the SpaceX Starship, “rings” the width that they are?