What did Luna 3's illuminator illuminate and why did it need a cover?

This comment below this answer to How was it possible for the Apollo 11 to film and take pictures with such radiation? links to the svengrahn.pp.se post Luna 3 - the first view of the moon's far side.

It shows the annotated image below of Luna-3. The image is a partial cut-away view, the lower half shows the external area and the upper half shows some of the internal components I believe.

Near the "bottom" of the spacecraft (the end with the Pivoting antennas and Lunar sensors) there is something labeled "Cover of illuminator".

Question: What did Luna 3's illuminator illuminate and why did it need a cover?

One of the origins of Luna-3 was the work by Boris Raushenbakh on attitude control started in 1955 in the NII-1 rocket research institute of the Ministry of Aviation. This work was co-ordinated with Korolev's design bureau and had as its goal stabilised photo-reconnaissance satellites. Raushenbakh's group was contracted by the lunar project section Korolev's design bureau OKB-1 to design the attitude control for the E-2 variant of lunar exploration craft intended to image the Moon's hidden side. The manager of the lunar probe project at OKB-1 was Gleb Maksimov. An excellent account of these early Soviet lunar missions can be found in (4) and (14). A cutaway sketch of the space probe with a Soviet-era translation of Russian captions added is shown below. 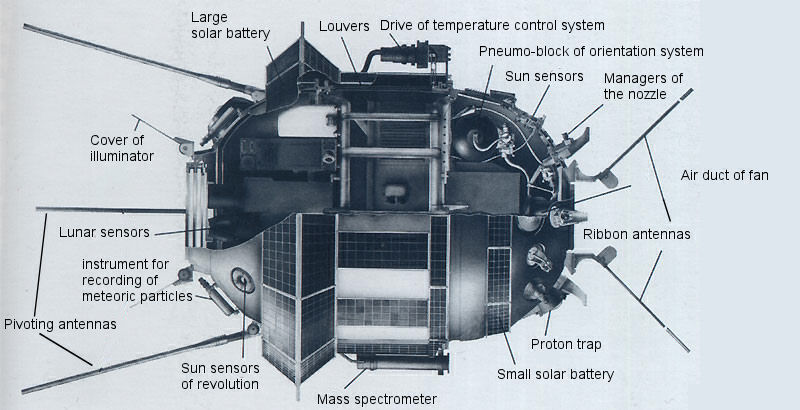 That appears to be a translation error.

This picture (figure 6.8) from Soviet Robots in the Solar System by Wesley T. Huntress, JR. and Mikhail Ya Marov shows that the flat surface at the left of the image in the question is an optical window. There are two semicircular aperture covers (shown open in the picture) which are labeled 'cover of illuminator' in the question picture. 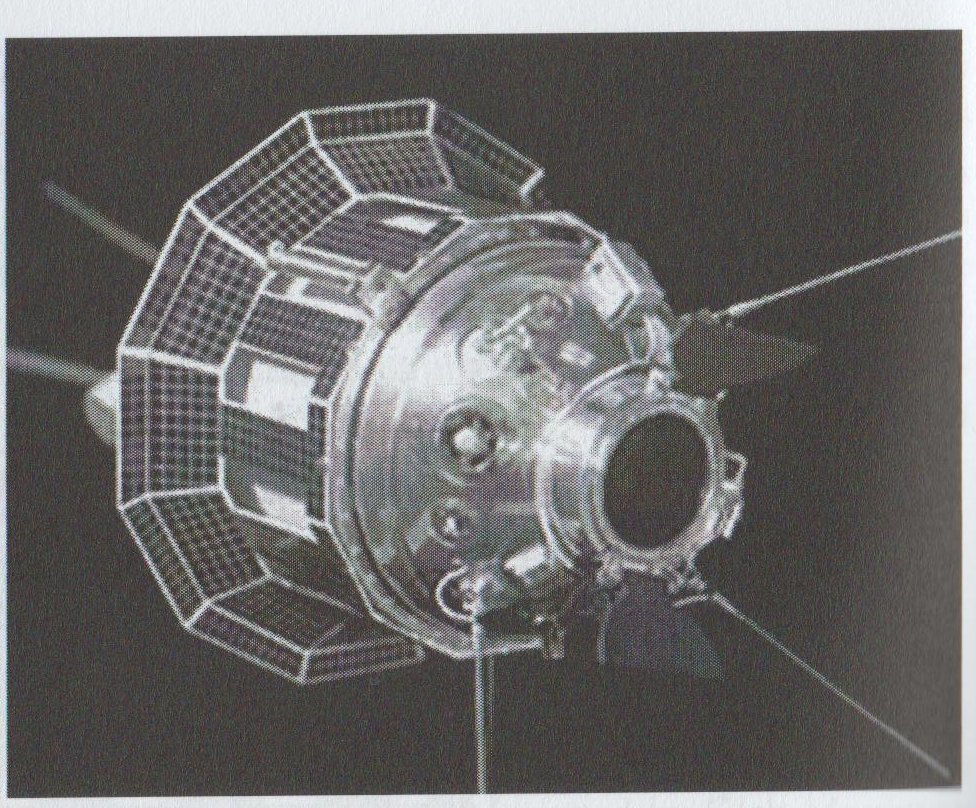 I suppose you could call it an 'illuminator' since when the covers are open, the window allows light in to the film camera package behind it. In the question picture, the camera package is labeled 'lunar sensors'.

For the 'why' part of the question, I can only assume that the aperture covers were to protect the optical window during launch and separation.

Note: There is a discrepancy between this photograph and other photographs and drawings in the book. The picture in the question matches the other drawings. Namely, the orientation of the "belt" of solar panels is reversed in this photograph, as if the solar panel belt had been slipped off, flipped 180 degrees, and slid back onto the spacecraft.

Not the answer you're looking for? Browse other questions tagged identify-this-object soviet-union luna or ask your own question.

22
How was it possible for the Apollo 11 to film and take pictures with such radiation?
1
How did Luna 3's pivoting antennas and ribbon antennas work?

10
Why did the Soviets skip the suborbital phase?
23
What celestial body did NASA carve and why is it eating a spacecraft?
8
How did the Luna spacecraft collect samples of the moon and containerize them for return to Earth?
5
Where in space did Luna 2 release its sodium?
1
Exactly what was Surveyor 3 doing with a spring-loaded boxing glove-like device?
1
How did Luna 3's pivoting antennas and ribbon antennas work?
2
What were Mars 2's conical aerodynamic braking shield and "gunpowder" engines?
3
Why did Luna 16 go to the Moon at night? (Extreme cold vs robotic sampling & launch back to Earth)
7
Why did Luna 1 enter a heliocentric orbit?