Tracking the Soyuz MS-15 approaching the ISS with binoculars

Next Wednesday, September 25th, the Soyuz MS-15 will be launched from the Baikonur cosmodrome. I guess the trip to the ISS will be long (6 hrs to 24 hr) as usual.

I want to see both the ISS and the Soyuz approaching it with my binoculars. The idea is to see them chasing each other and take some pictures. But for that I need to know the TLE of the Soyuz.

About 6 hours after launch, the Soyuz spacecraft can be observed near the ISS. About three minutes later, Soyuz will fly after the ISS and will be visible in the same orbit. Therefore use https://www.n2yo.com/

The duration of the trip to the ISS varies. Until 2012, astronauts always spent about two days in the Soyuz spacecraft before docking to the ISS.

Since then, some rendezvous have taken place only six hours after lift-off, after the Soyuz has circled Earth four times! During that time, the astronauts begin to acclimatize to microgravity while they monitor the spacecraft's systems. En route to the International Space Station

P.P.S. Infographics on the official page of Roscosmos on Facebook. The path of the Soyuz spacecraft to the ISS will take 6 hours. Docking will happen on September 25 at 19:45 UTC. 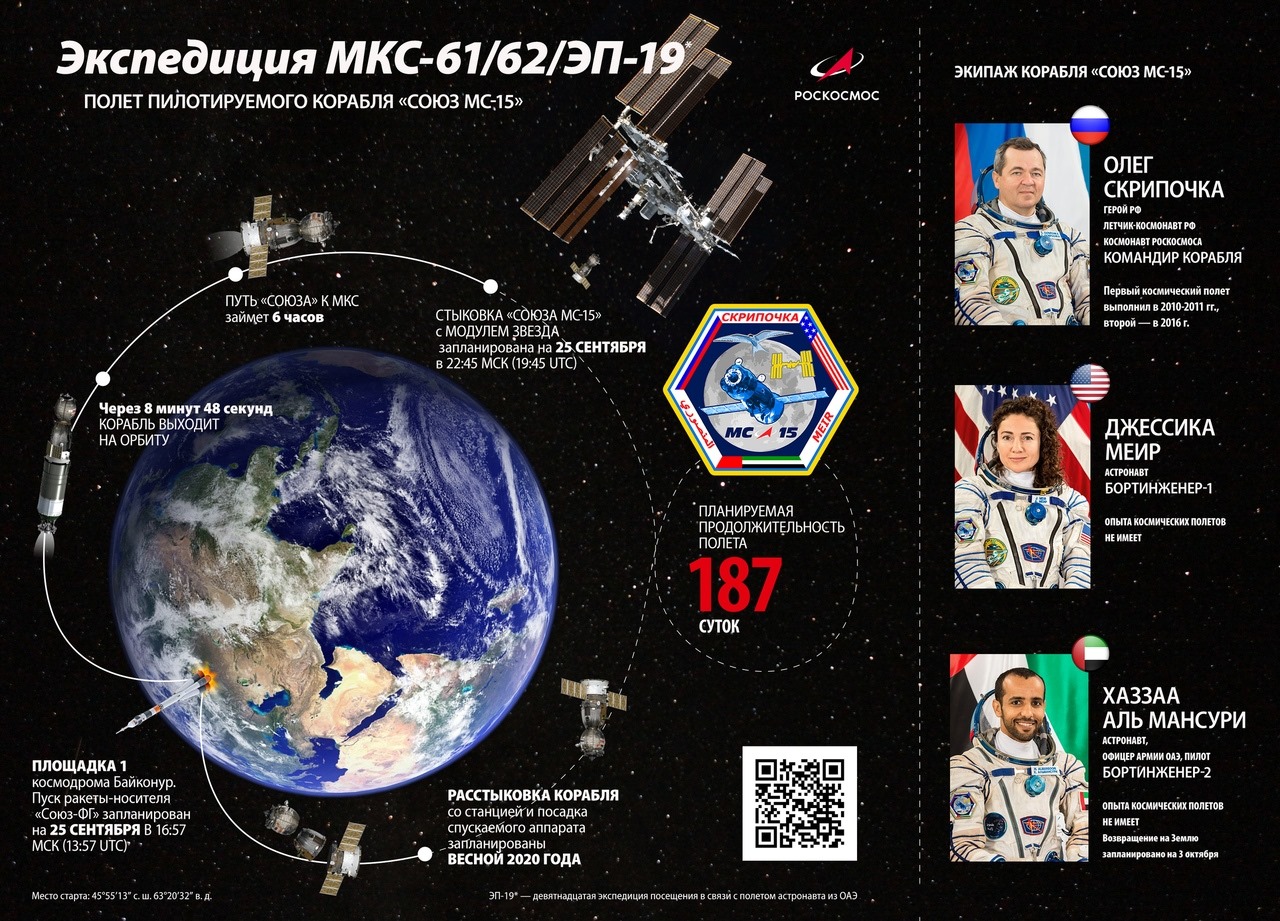 Not the answer you're looking for? Browse other questions tagged iss crewed-spaceflight soyuz-spacecraft observation or ask your own question.

19
What is the “ISS's Keep Out Sphere” and what is its radius?

4
Do meteor showers from 209P/LINEAR cometary debris pose a threat to the ISS and other Earth-orbiting satellites?
12
Why does SpaceX not label the Dragon capsules externally?
32
Has the ISS ever not had a lifeboat?
9
What is this huge, red, blinking light structure on Earth seen from the ISS in this video?
3
Where is the hole now? (ISS/Soyuz spacecraft hole)
18
What typically gets sent to the ISS?
15
Are there any superstitions practiced in space?