Why does Curiosity have two images of itself on itself, or is one a QR-code?

The first image in CNN"s New images show Mars as you've never seen it before shows a partial "selfie" by the Curiosity rover which includes what looks like two images on the rover itself.

The one on the left appears to be a line drawing of itself, and the one on the right might be an abstraction of that, or a QR code, or something else. For similar looking 5x5 and 6x6 "space QR-codes" see answers to Have “QR” or other 2D barcodes been used in spaceflight?

However that image also looks to me like an abstraction of Curiosity's outline, with the bottom squares illustrating the rover's Rocker-bogie mounted wheels and the "T" on top representing the rover's MastCam.

Question: Why does Curiosity have (at least) two images of itself on itself, or is one a QR-code? 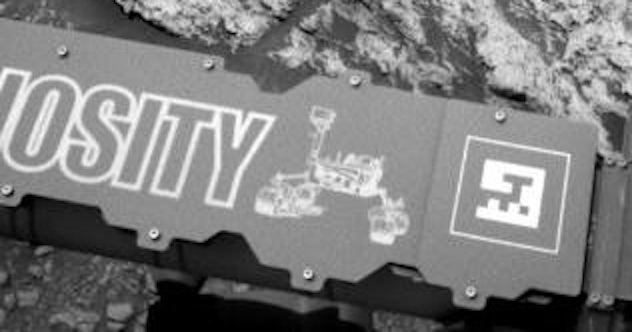 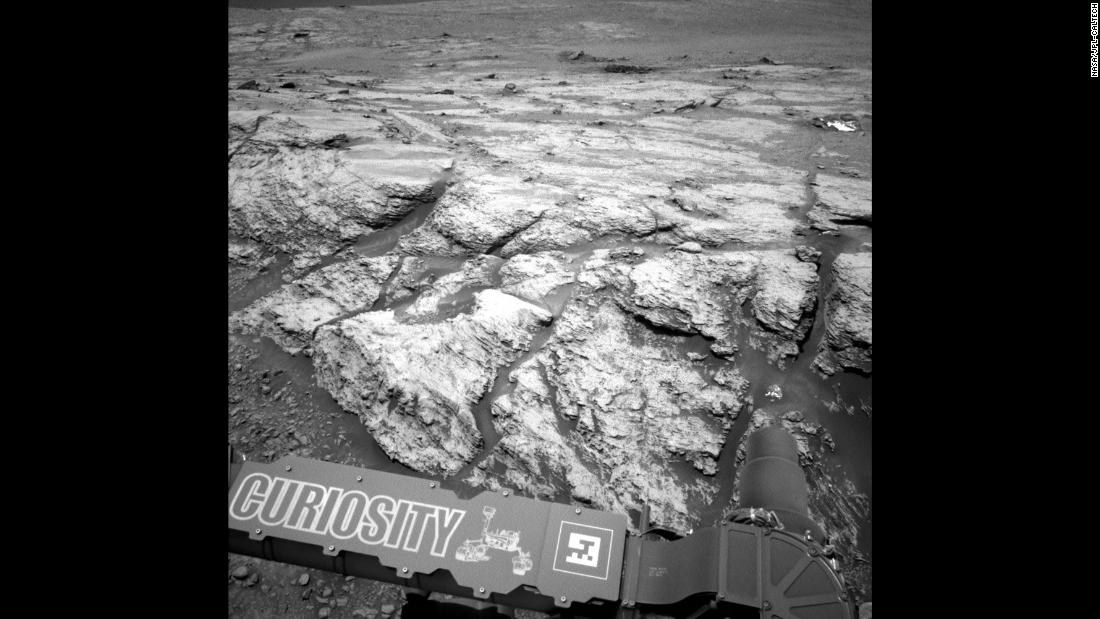 The right image is an augmented reality tag, according to NASA/JPL, and as commented by @aml.

Although early QR codes had fewer pixels than the ones seen nowadays, all have had black-white-black concentric "targets" at three corners. Those can't fit into a 6x6 grid, not even the one-target Micro QR variant.

AR tags and QR tags are distinct. Despite JPL's claim in their photo's caption, the only overlap in their specifications and their uses is squareness and pointing cameras at them.

Not the answer you're looking for? Browse other questions tagged mars identify-this-object rovers curiosity or ask your own question.

3
How big would a QR code have to be on my roof for a satellite to be able to scan it given today's allowable resolution?
4
Have "QR" or other 2D barcodes been used in spaceflight?
3
Why are there different types of fiducial markers on Perseverance?

31
Who took the Curiosity rover's self-portrait photo from the surface of Mars?
59
Curiosity: Why did they "reinvent the wheel" instead of using pressure tires?
20
Curiosity is still dirty! How will the ExoMARS Rover keep its solar panels dust-free and collecting sufficient power?
6
Where exactly on Mars was Curiosity when this image was taken?
2
Will the Rosalind Franklin (ExoMars) rover solar panels be able to clear themselves of dust by tilting?
8
Has Curiosity ever taken a good hard look at the dirt covering its top surface? Can it? Have individual particles been sized?