What is the purpose of orbital frame of reference for a satellite orbiting the earth?

You are describing the Local Vertical Local Horizontal (LVLH) frame of reference.

It is used to describe the orientation of the spacecraft in relation to the Earth's surface.

For example, if you wished to point an instrument at the point on the Earth directly below the spacecraft, the craft would fly in a constant LVLH attitude. But its inertial attitude would be rotating once per orbit.

The ISS flies in a more-or-less constant LVLH attitude so that its 'nadir' axis points at the center of the Earth. 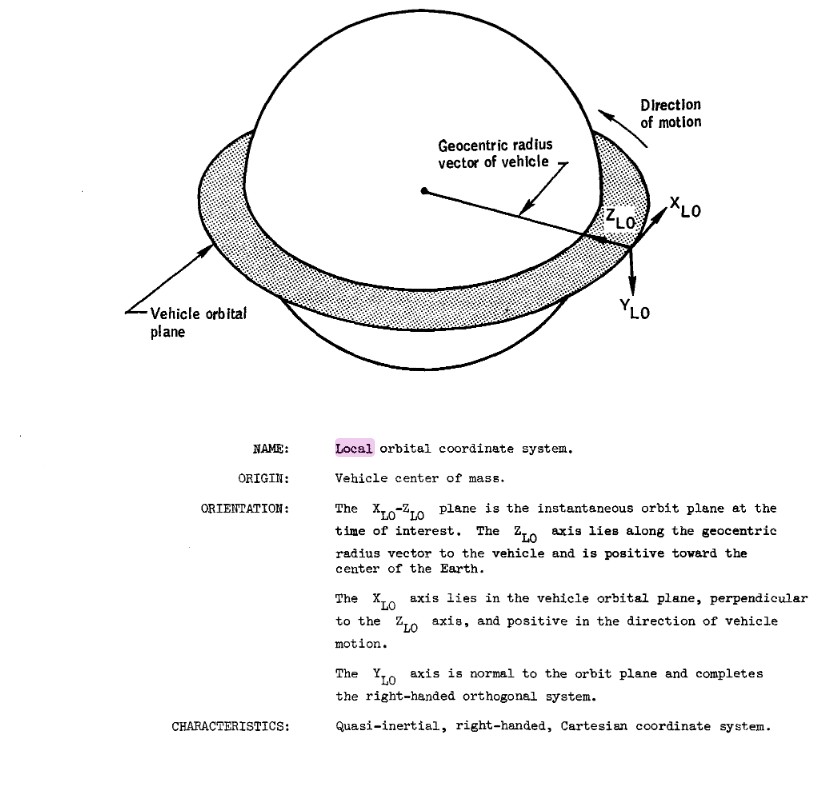 Not the answer you're looking for? Browse other questions tagged orbital-mechanics artificial-satellite attitude nanosatellite or ask your own question.

2
How can I compute the attitude of a satellite given its yaw, pitch, roll, and velocity?
6
How can you predict an orbit, based on an initial position and an initial direction vector?
3
Calculating velocity state vector with orbital elements in 2D
3
What are the symbol definitions in the equations for finding orbital elements?
3
Why is Angular Momentum of Satellite Rotating in ECI Frame?
4
How would off-apsis burn effect the angle and position of new apoapsis
4
Calculate Argument of periapsis of orbit given focus and two points on ellipse