what happens to particles that escape the atmosphere on planets in the solar system?

What happens to particles that escape the atmosphere of planets? (not just earth).

Do they eventually form a uniform distribution of particles overtime? Do they inevitably to fall into the gravitational pull of other entities? Do a lot escape the solar system? Do they just orbit the host planet?

I've heard of using ramjets to capture interstellar particles, though not particularly feasible, so there seems to be some dispersion of particles in the universe outside of celestial bodies.

Additionally the answer here to a related question seems to indicate the leftovers from ion drives can be picked back up by earth quite feasibly, and presumably particles ejected due to just barely leaving escape velocity would be travelling much slower.

If by "particles", you mean atoms and similar size things, it's not really just about escape velocity. 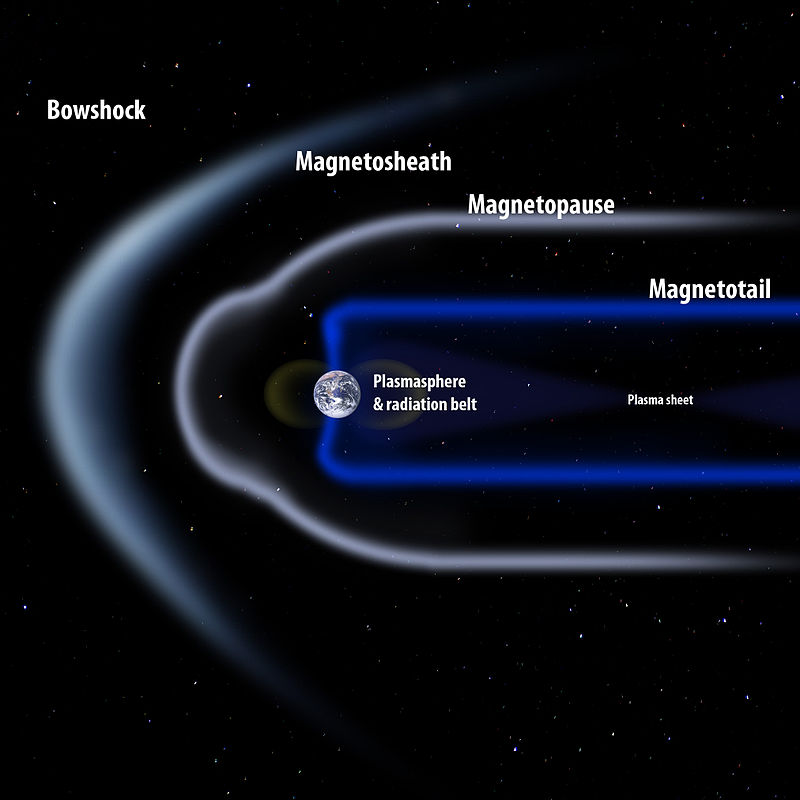 Once the atoms get more than a half-dozen or so radii away from Earth, they're directly in the solar wind: Atoms out there have mean free paths that are short enough that they collide, come to equilibrium, and move outward with the solar wind.

Inside that, both gravity and (in some cases) magnetism generally binds atoms and charged particles. Slowly some, particularly the lightest ones, will pick up enough energy and momentum to reach the solar wind and be blown away.

Not the answer you're looking for? Browse other questions tagged atmosphere physics escape-velocity or ask your own question.

4
Does “What happens beyond Kármán, stay beyond Kármán”?
4
Where do ion propulsion's ions go? Do they remain in the solar system or shoot out into interstellar space?