How is this reentrant storage area on JAXA's HTV 8 protected during launch?

The image below is from Spaceflight Now's Fresh batteries, experiments on the way to the International Space Station

In the photo there appears to be a giant reentrant "hole" in the side of the HTV spacecraft with some heavy equipment that is equipped with the standard grapple thing for the ISS' robotic arm.

During launch I can't see how this opening could be exposed to the atmosphere. I would expect it to be covered since all that insulation would probably rip off in supersonic atmospheric flight, but in the image it looks flush with the lower part of the spacecraft painted white, so I'd like to understand how this is covered for launch. 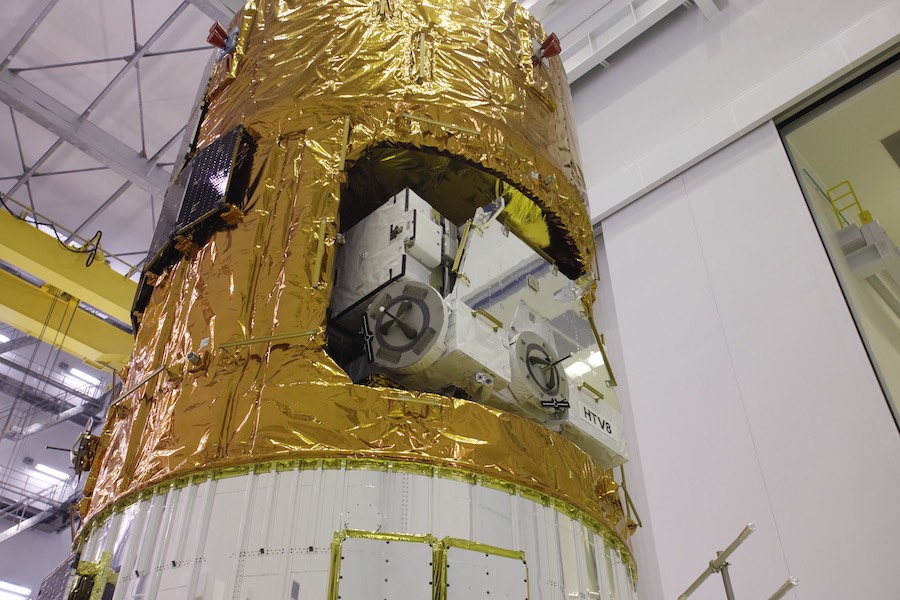 It's all covered by a payload fairing that isn't flush with the body of the spacecraft. A picture is worth a thousand words: 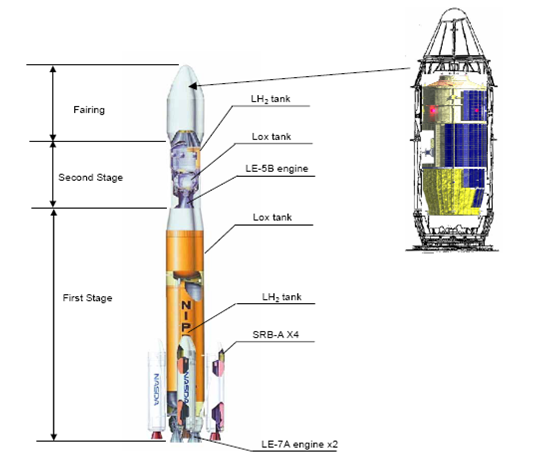 Not the answer you're looking for? Browse other questions tagged launch jaxa htv or ask your own question.

19
How much of an advantage do equator-proximal launch sites provide?
9
During launch, how is the launch vehicle tracked?
12
How does a rocket navigate during launch?
8
How are solar panels protected from the Sun?
11
How does JAXA's “Int-Ball” manage airflow to optimally navigate inside the ISS?
3
Why JAXA's tilted launch from a tilted rooftop?
8
During the launch of a rocket, how close are the nearest humans?
2
How will JAXA's space elevator-testing cubesat experiment work?
4
How does the HTV Small Return Capsule get used?
5
Why were there so many icicles in this Space Shuttle launch area? (Challenger disaster)