So, I have the Radial and Tangential Velocity Vector (like in Figure 1) and also the Cartesian coordinate of 3D velocity vector. For reference, you can see in this link. Where, $o_{dot}$ vector matrix have 3 components (only X,Y component), first element $V_R$ and second element $V_T$ like in the Figure 1. 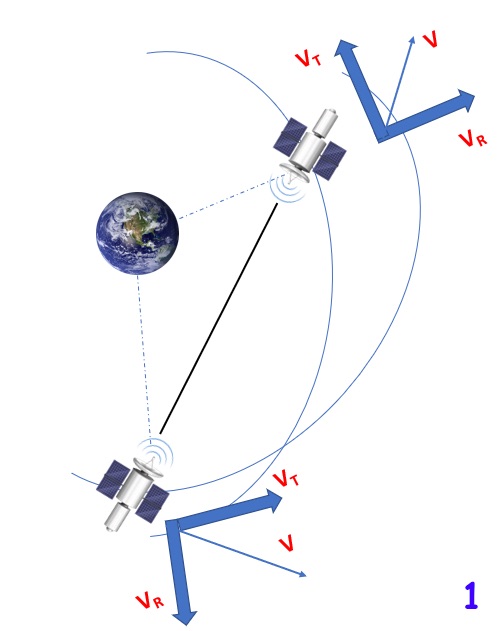 But to calculate Point Ahead Angle and Doppler Effect I should follow, this velocity vector like in Figure 2. Where Vp is the perpendicular or the tangential (I guess so!) one and Vr is aligned with Line-of-Sight, where radius is the Range between 2 satellites, as describe here by @uhoh 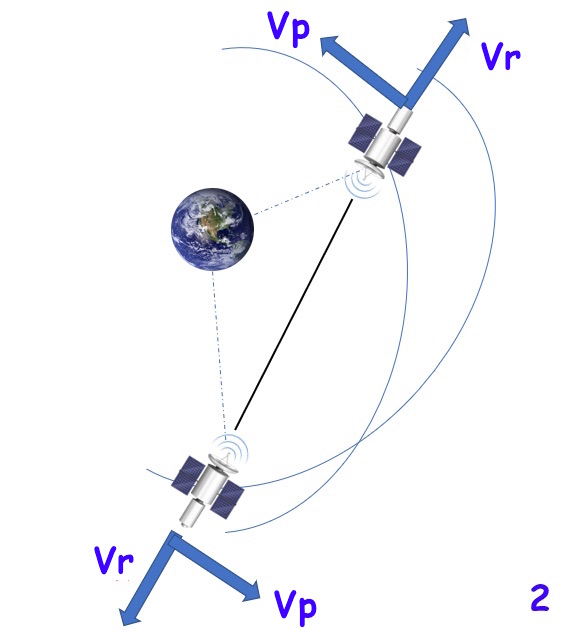 But how to transform the velocity vector as in orbital mechanics point of view (lets take we all are in same inertial frame) from derived in Figure 1 to Figure 2 formation. Is it simply rotation of the angle (angle between Earth-Satellite1-Satellite2) where radial velocity must align with line-of-sight, how?

4
Deriving the changes in Keplerian Elements induced by small impulses
2
Inter-Satellite Link (ISL) for TV broadcast
3
Low-thrust spiraling to escape, is the flight path angle (gamma) at C3=0 always 39 degrees?
0
How to find instantaneous positions of a central body of specified mass that results in an osculating orbit?
3
Why do the optimal thrust vectors point so far away from the velocity vector for the Psyche mission?
1
Point Ahead Angle and Doppler Shift Frequency Changes Calculation with the tangential/radial velocity component for Inter-Satellite Link
1
Point Ahead Angle Calculation between LEO-GEO Satellite (ISL Scenario)
0
How to deteremine the angle between Sun and 2 probes?
1
Confusion with direction (vector) of minimum velocity required to reach an orbit and escape velocity
1
Rotation matrix / coordinate transformation of maneuver parameters from Prograde, Normal, Radial to Cartesian XYZ?