Why was the nose cone on the Space Shuttle's external tank pointy?

Inspired by comments under this answer to this question Just how pointy does a rocket's nosecone need to be? (see also Why are the nose cones of current spacecraft less pointy?)

Why was the External Tank's nose cone pointy? 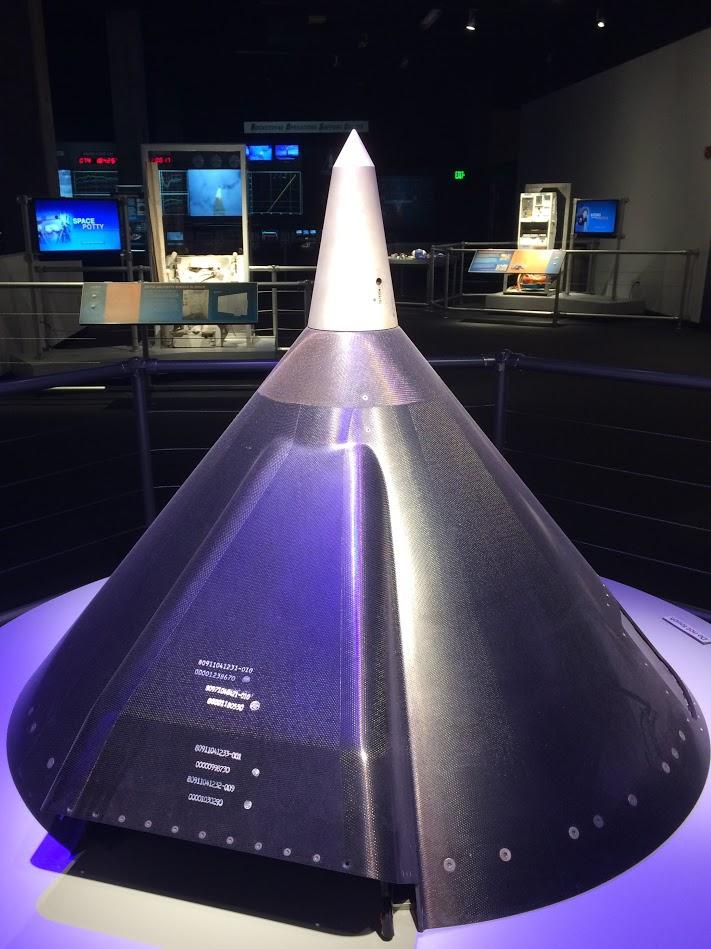 The original External Tank nose cone design was indeed blunt - almost like a fireplug, as seen in this 1975 concept art. 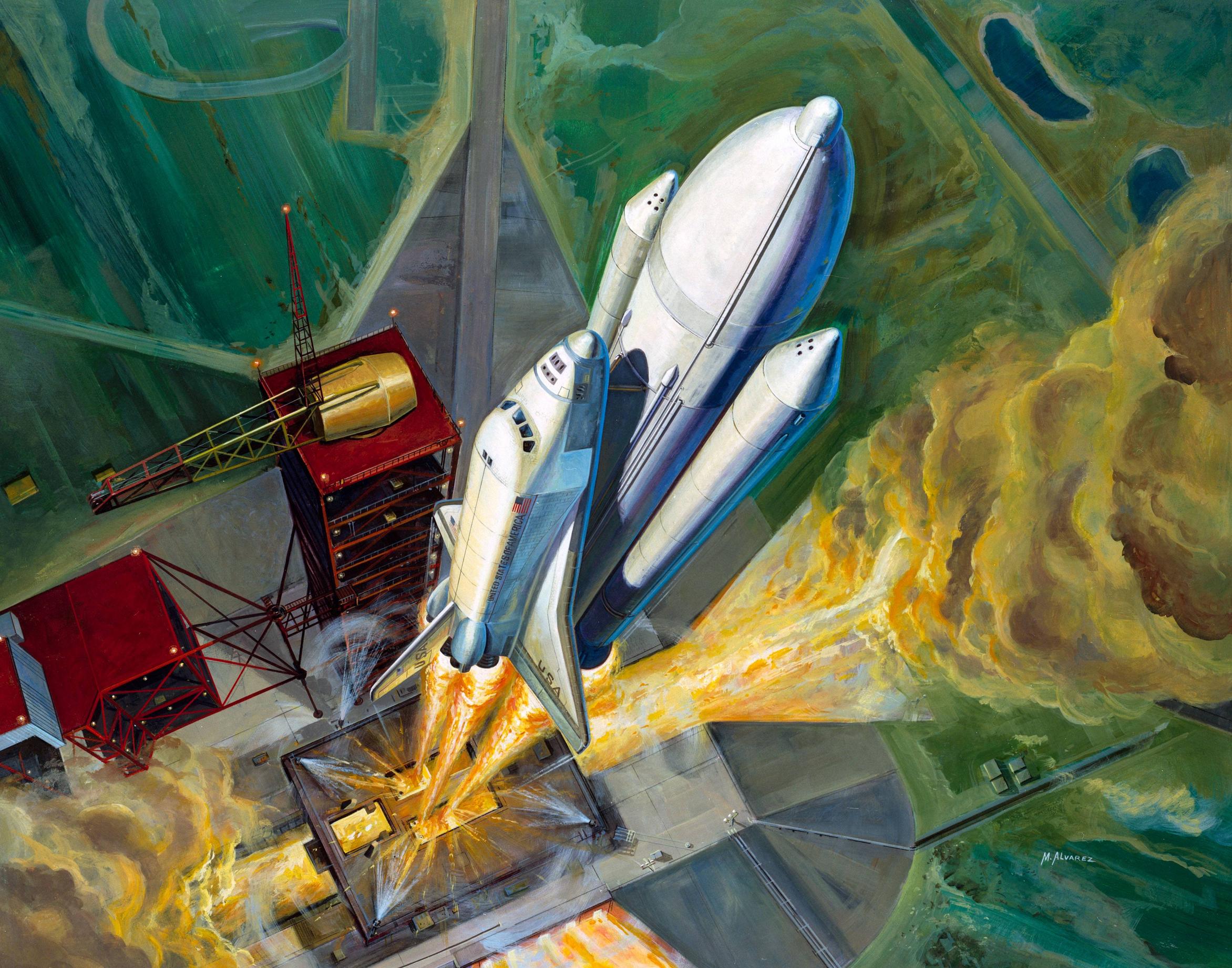 [Image source - lost in the mists of time to me, but NASA somewhere]

However, wind tunnel testing at the Arnold Engineering Development Center revealed that this configuration caused unsteady aerodynamic buffeting at some conditions. A bi-conic spike design was conceived and further wind tunnel testing showed that it eliminated the problem.

The nose cone served several functions besides its aerodynamic one. 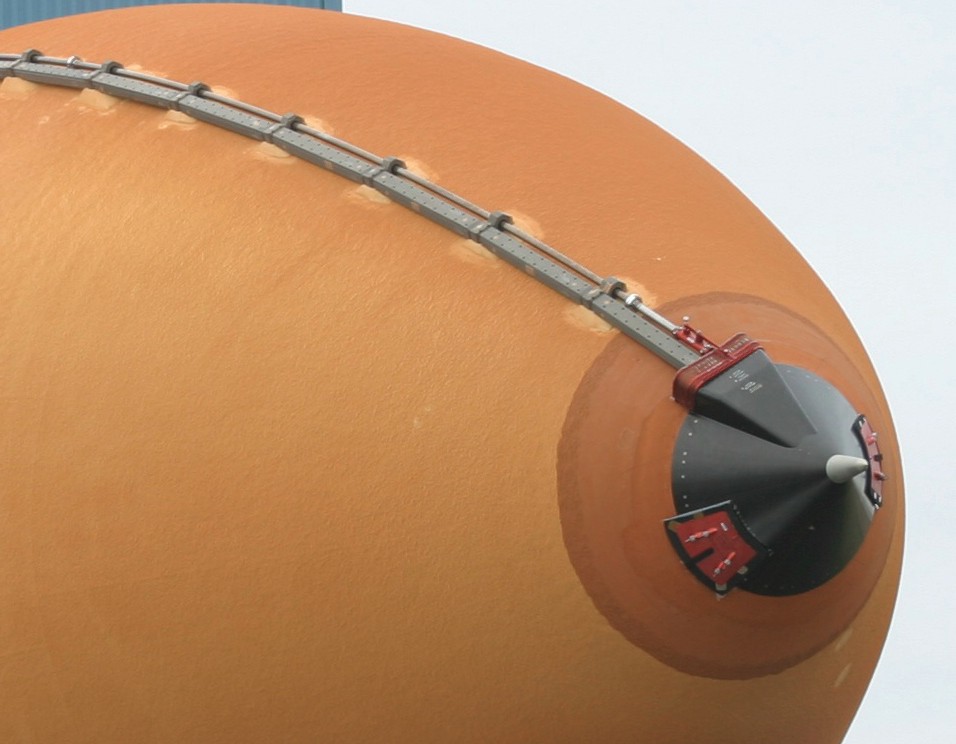 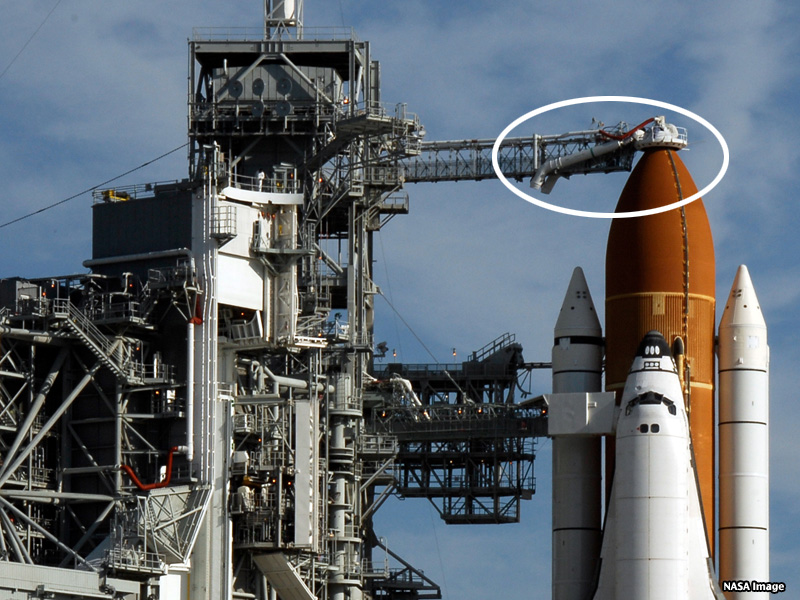 Not the answer you're looking for? Browse other questions tagged space-shuttle design aerodynamics external-tank or ask your own question.

17
Is this egg-shaped nose cone a good, aerodynamic design?
5
Just how pointy does a rocket's nosecone need to be?
8
Why are the nose cones of current spacecraft less pointy?

8
Why are the nose cones of current spacecraft less pointy?
10
Why not jettison the nose-cone from Falcon Heavy side boosters for better control authority?
26
What's on the bottom of the Shuttle's external fuel tank?
6
How big of an external tank to replace the shuttle SRBs with more LH2 and LO2?
2
Why didn’t the space shuttle external tank have pressure-relief vents?
5
Just how pointy does a rocket's nosecone need to be?
22
What is the function of the corrugations on a section of the Space Shuttle's external tank?
10
How were the Space Shuttle and its External Tank connected (structurally)?
14
Why is the Space Shuttle's External Tank fuelled through the Orbiter's main engine plumbing system?