What does "stirring tanks" mean?

The Apollo 13 disaster occurred right when the "oxygen tanks were stirred".

What does that mean?
What benefits does it give?
What would happen if they didn't stir the tanks? 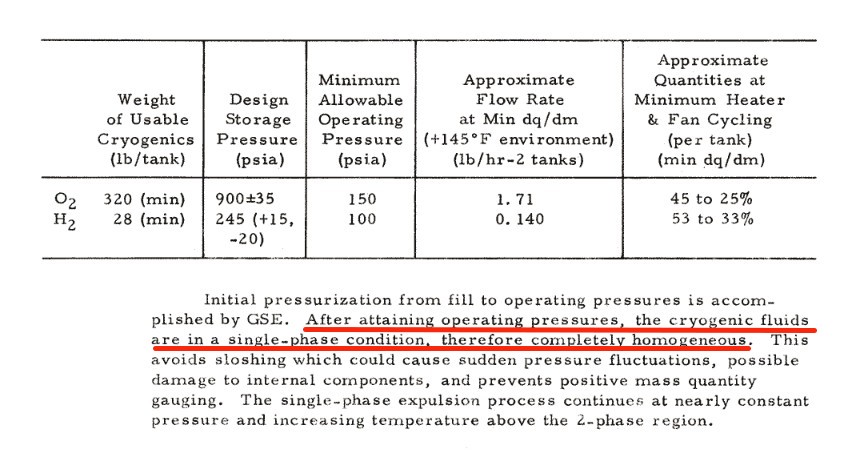 Stratification is the development of a temperature gradient and, therefore, a density gradient in a tank during heater operation. The fluid temperature is greatest near the heater surface, decreasing with distance from the heater. The corresponding density gradient proceeds from lowest density near the heater surface to higher density away from the heater. Since the heater surface is in close proximity to the quantity sensor, the development of stratification in a tank can often cause erroneous low readings by the quantity sensor because the fluid density in the vicinity is not representative (it is lower) of a homogenous tank density. The development of the stratified gradient may be so gradual that the error in quantity reading is not obvious, but it will be reflected in usage rates computed over relatively short time intervals. Dramatic decreases in quantity readings, on the order of 10 percent decrease in a few minutes, have been observed in H2 tanks on occasions. Such large quantity decreases may initially be interpreted as a tank leak. However, an actual quantity loss of such high rate would also be accompanied by an abnormal pressure decay. Tank stratification will not cause an abnormal pressure decay.

Quote from the Shuttle EGIL Console Handbook, from my personal notes.

From this NASA pdf:

At 46:40:02 Mission Elapsed Time during the Apollo 13 mission, both oxygen tank fans were powered on, hopefully to get a more accurate reading of the tank pressure.

In fact, the pressure is not influenced by fan operation. The reading of the capacitance tank gauge depends on a uniform temperature of tank contents. 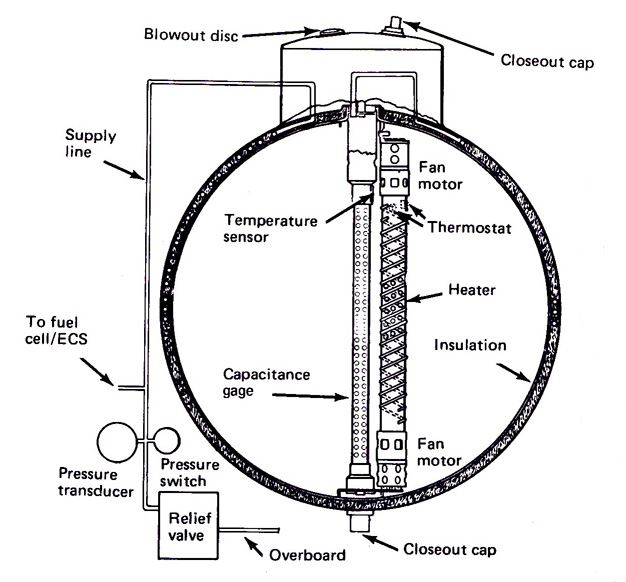 56 hours into the mission, at about 03:06 UT on 14 April 1970 (10:06 PM, April 13 EST), the power fans were turned on within the tank for the third "cryo-stir" of the mission, a procedure to stir the oxygen slush inside the tank which would tend to stratify. The exposed fan wires shorted and the teflon insulation caught fire in the pure oxygen environment. This fire rapidly heated and increased the pressure of the oxygen inside the tank, and may have spread along the wires to the electrical conduit in the side of the tank, which weakened and ruptured under the pressure, causing the no. 2 oxygen tank to explode. This damaged the no. 1 tank and parts of the interior of the service module and blew off the bay no. 4 cover.

Image and quote from this NASA page.

Through the first 46 hours of the mission, telemetered data and crew observations indicated that the performance of oxygen tank 2 was normal. At 046:40:02, the crew routinely turned on the fans in oxygen tank 2. Within three seconds, the oxygen tank 2 quantity indication changed from a normal reading of about 82 percent full to an obviously incorrect “off-scale high” reading of over 100 percent. Analysis of the electrical wiring of the quantity gauge revealed that this erroneous reading could have been caused by either a short circuit or an open circuit in the gauge wiring or a short circuit between the gauge plates. Subsequent events indicated that a short was the more likely failure mode.

So the fans were activated to mix the supercritical fluid oxygen to get a uniform temperature and uniform density for a better result from the capacitive filling level probe. Previous readings were above 100 %.

As Organic Marble mentioned, the tank stored neither gaseous nor liquid nor solid oxygen. The oxygen was in another state, the supercritical fluid.

Not the answer you're looking for? Browse other questions tagged oxygen apollo-13 tanks or ask your own question.

23
Why would oxygen be stored as a super critical fluid?
7
Loading tanks for supercritical oxygen and hydrogen on the launch pad, how to achieve low temperature and high pressure?

13
Why is the EMU space suit pressurized to 4.3 psi specifically?
2
How to find an optimal number of propellent tanks?
23
Why would oxygen be stored as a super critical fluid?
18
What are SpaceX's Starship's header tanks?
3
What was pressure and temperature of LM oxygen tanks?
6
What effects did the different air pressure and air composition in certain spacecraft have on astronauts?
5
How do the Dynetics-led team's ALPACA lander's "drop tanks" rendezvous and jettison work in terms of trajectories?
1
Lunar starship descent motors' tank design