Why should be velocity through the nozzle throat be sonic?

I have read (even on this site), that exhaust gas velocity is (normally?) sonic (exactly Mach 1) through the choke point of a De Laval, or convergent-divergent, nozzle:

At the "throat", where the cross-sectional area is at its minimum, the gas velocity locally becomes sonic (Mach number = 1.0), a condition called choked flow.

Why is that optimal/required?
What would be the effect of exhaust gas being supersonic through the throat?
And what about subsonic (eg Mach 0.9)?

Uwe's comment on the question is spot on. The characteristics of the flow through the nozzle depend critically on the pressure ratio - the two pressures being the pressure at the entrance to and exit from the nozzle.

This figure from The Dynamics and Thermodynamics of Compressible Fluid Flow by Shapiro shows the variation in properties based on the pressure ratio. 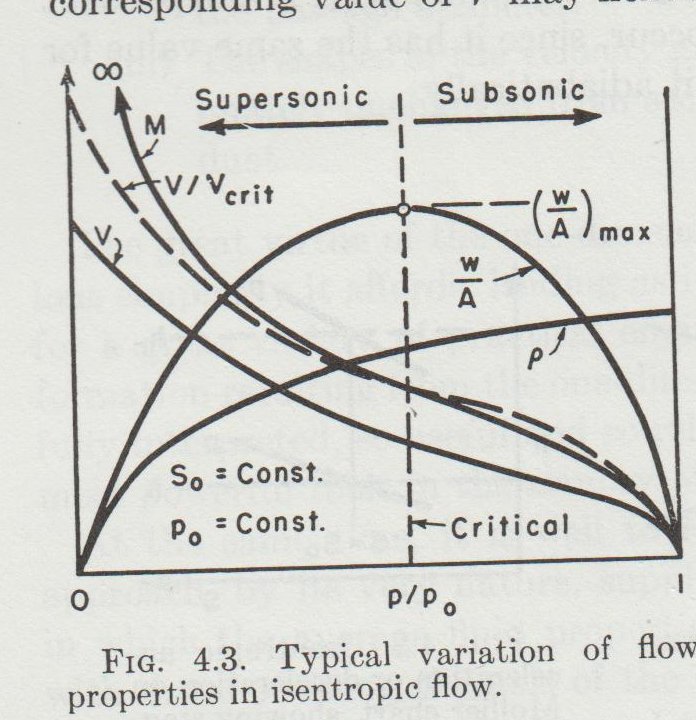 The next graph from p. 87 shows the same parameters plotted against Mach number. You can see the knee in the area ratio curve at the critical pressure ratio well here. This corresponds to the throat of the nozzle. 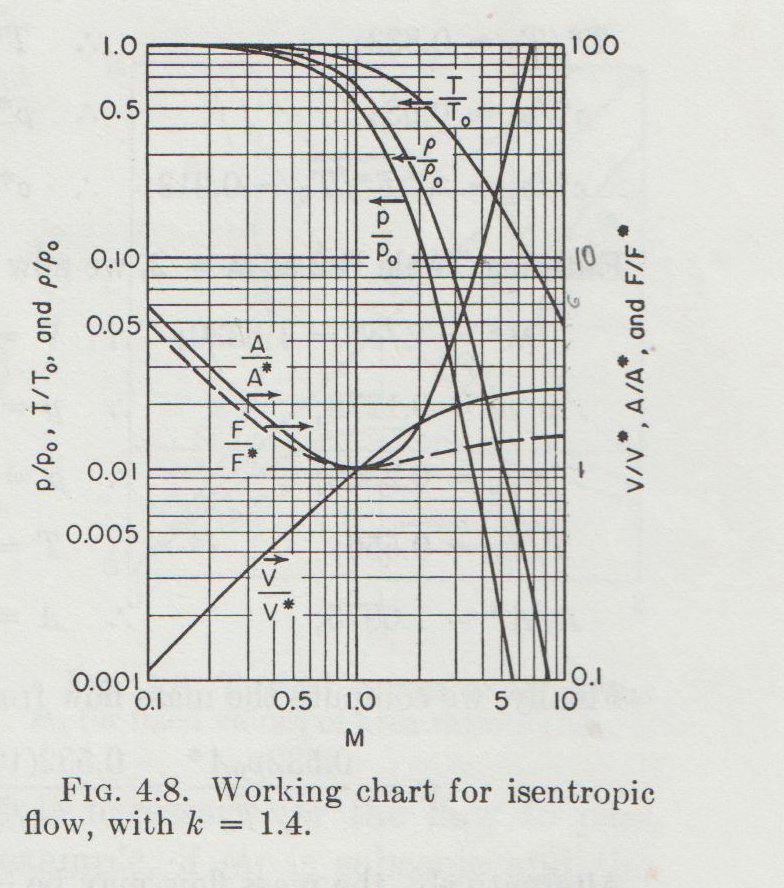 There's a good discussion of the phenomenon here

If you lower the back pressure enough you come to a place where the flow rate suddenly stops increasing all together and it doesn't matter how much lower you make the back pressure (even if you make it a vacuum) you can't get any more mass flow out of the nozzle. We say that the nozzle has become 'choked'. You could delay this behavior by making the nozzle throat bigger ... but eventually the same thing would happen. The nozzle will become choked even if you eliminated the throat altogether and just had a converging nozzle.

The reason for this behavior has to do with the way the flows behave at Mach 1, i.e. when the flow speed reaches the speed of sound. In a steady internal flow (like a nozzle) the Mach number can only reach 1 at a minimum in the cross-sectional area. When the nozzle isn't choked, the flow through it is entirely subsonic and, if you lower the back pressure a little, the flow goes faster and the flow rate increases. As you lower the back pressure further the flow speed at the throat eventually reaches the speed of sound (Mach 1). Any further lowering of the back pressure can't accelerate the flow through the nozzle any more, because that would entail moving the point where M=1 away from the throat where the area is a minimum, and so the flow gets stuck. The flow pattern downstream of the nozzle (in the diverging section and jet) can still change if you lower the back pressure further, but the mass flow rate is now fixed because the flow in the throat (and for that matter in the entire converging section) is now fixed too.

The changes in the flow pattern after the nozzle has become choked are not very important in our thought experiment because they don't change the mass flow rate.

Not the answer you're looking for? Browse other questions tagged nozzle exhaust velocity supersonic or ask your own question.

10
Convergent-Divergent / De Laval Nozzle Dimensions
9
In space, how far from the nozzle is the exhaust from a space-craft capable of causing damage?
2
How complex is the science of a fixed nozzle shape?
2
Why is the Merlin 1D Vacuum nozzle bigger than the Merlin 1D nozzle?
2
What causes those curtain-like hot and cool spots in the 2nd stage nozzle of this Electron ELaNa 19 launch?
2
How is the exit velocity of the flow in a sounding rocket nozzle?
8
What is the velocity distribution of the exhaust for a typical rocket engine?
6
Nozzle throat velocity