What is the white stuff emerging from a hole on the surface of Mars?

Edit: It can almost certainly be excluded that the white spot was caused by Curiosity's ChemCam's laser, because it doesn't make sense that the laser was used at that time without taking images with ChemCam.
The only images captured by ChemCam on sol 550 were taken at least 1 hour before and at least 3 hours after the white stuff appeared on the surface of Mars, so it's highly unlikely that when that happened the laser was used. 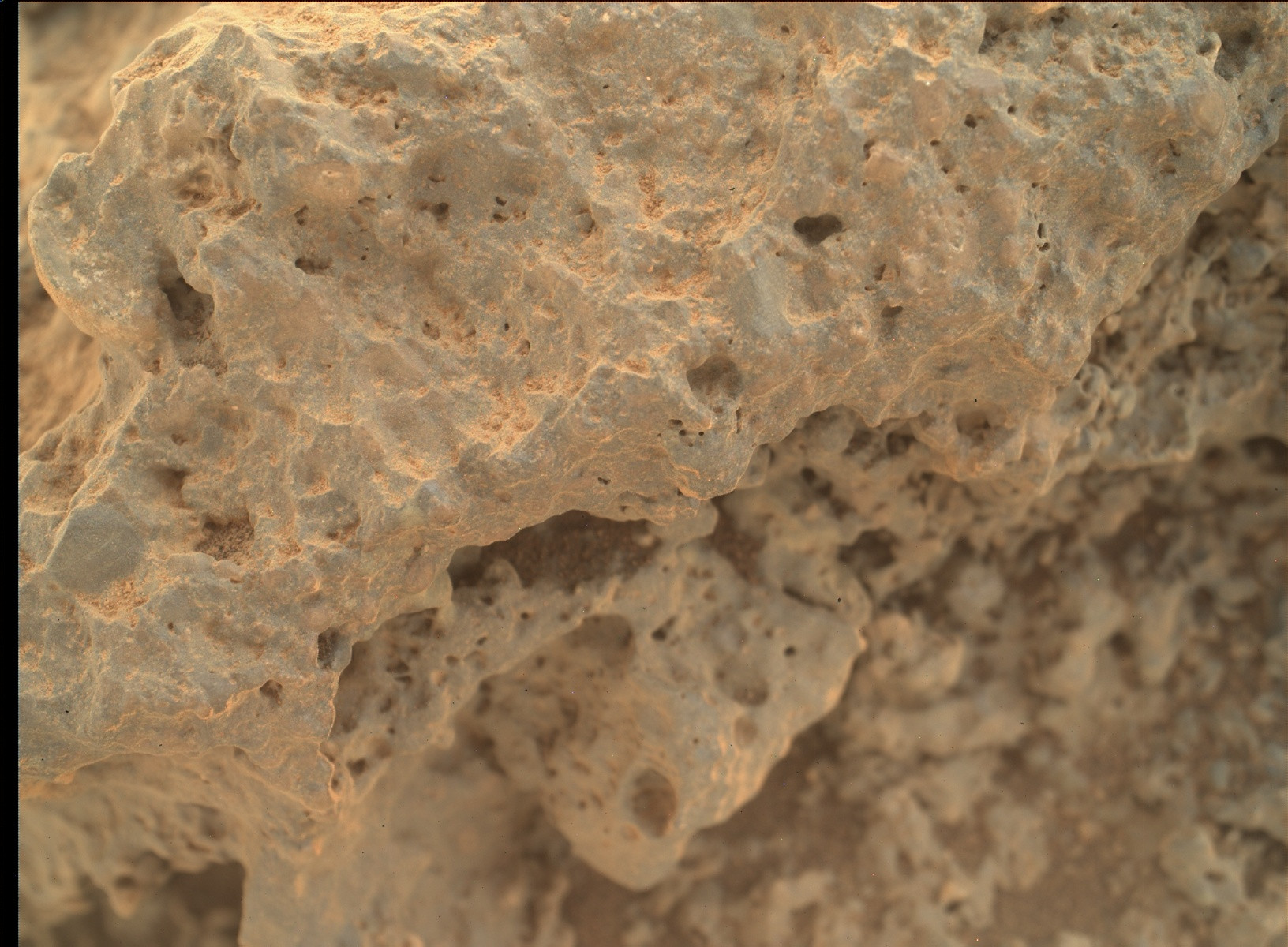 4 minutes later, white stuff seems to have emerged from one of the holes on that image, shown in the image below. 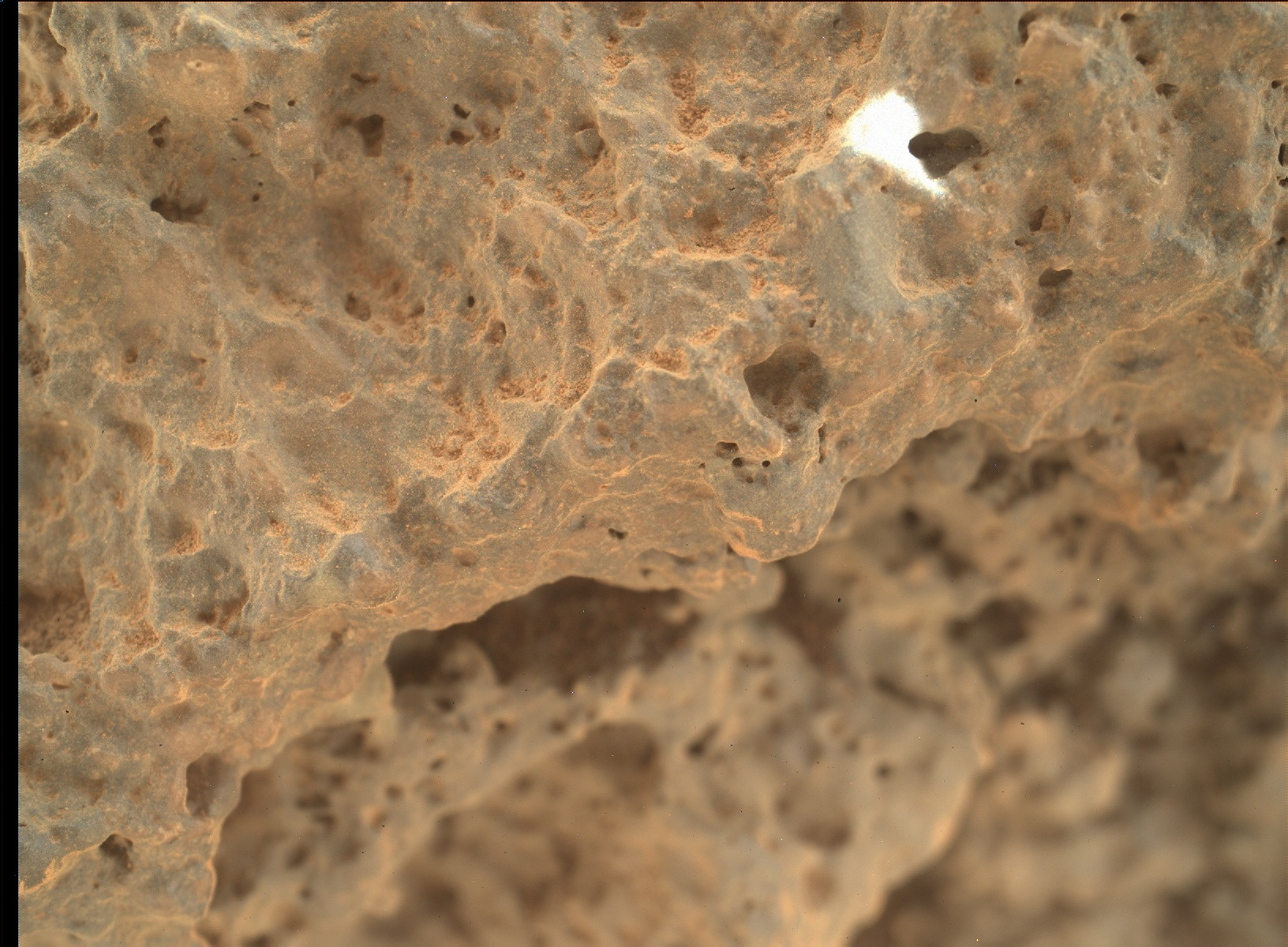 The pictures above are part of a sequence of raw images shown on the mars.nasa.gov site. 6 images captured in 30 sec. show this white stuff, after that another feature was imaged.

What could this be ?

That's almost certainly ChemCam's laser vaporizing some rock for its spectrometer. You can see similar white spots in this video:

The laser fires in short pulses 10 times a second, and there's gaps between the video frames captured by MAHLI. The two are not synchronized and only sometimes align, allowing MAHLI to see the laser. Other times, MAHLI only captures the time between pulses and things like dust being kicked around.

It's clearly not a physical material on the rock, as this image taken at 08:09:22 UTC shows the spot:

The descriptions at those links refer to a multi-image focus merge process which will increase the odds of the laser spot being caught if the laser is on.

Not the answer you're looking for? Browse other questions tagged mars curiosity geology or ask your own question.

59
Curiosity: Why did they "reinvent the wheel" instead of using pressure tires?
6
Who discovered "Egg Rock"? The Curiosity rover or people?
3
Is it recorded and/or documented when and where Curiosity's ChemCam's laser has zapped on Mars?
11
What likely is the chemical composition of the thin piece of material on the surface of Mars on the image below?
4
Are there any images of Curiosity during the sky crane operations?
8
Has Curiosity ever taken a good hard look at the dirt covering its top surface? Can it? Have individual particles been sized?
21
Is this white stuff seen by the Mars Phoenix Lander water or carbon dioxide ice?