Why do two Starships dock in such a manner their heat shields face opposite sides?

In the Starship Launch Animation, first, a crewed Starship launches and reaches orbit. Then the fuel tanker Starship rendezvous with the former and docks like this for orbital re-fuelling.

It can be seen that the heat shields (windward side) of the ships face opposite sides. This can be inferred from the fact the two ships have slight variations near the landing legs and the backward actuator (or body flap). And also note the difference in reflection of light from the sun by the surfaces of two Starships.

Another view of the two ships in docked mode: 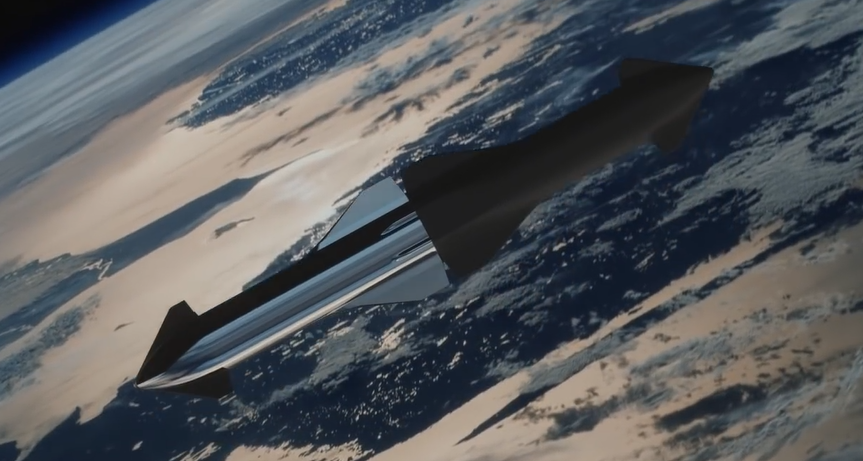 So, Why do two Starships dock in such a manner their heat shields face opposite sides? Is there any specific reason or something not to care much in an animation? I think there must be some kind of scientific reason for this type of docking.

If you back one Starship onto another with the heatshields pointing in the same direction the LOX pipe would face the methane pipe. In order for the LOX and methane pipes to align correctly one ship needs to be flipped over.

So Starship pipework must be arranged in a straight line that passes through the centre of the 9m diameter to facilitate this. There could be more than 2 pipes but the same logic applies with 4 fold or 6 fold symmetry.

Not the answer you're looking for? Browse other questions tagged spacex docking spacex-starship refueling or ask your own question.

7
Knudsen Pumps - Have they been used in Space Exploration?