Could the length of a craft affect it adversely during aero-breaking or gravity assist?

Would the length of a space craft be a limitation when considering aerobreaking or gravity-assist? I have to assume there would be some crazy stress tension on a longer body craft in one of those circumstances.

It would most certainly affect breaking if "air bags" were deployed. Unless those are just science fiction.

Yes, with gravity-assist slingshots, parts of a very long craf could be a subject to torque due to gravity gradient along the craft's truss, and if it's not constructed to withstand these forces, it could tear it apart or deform by tidal forces. Due to this torque, the craft could also enter into a violent spin. We can actually observe similar happening to larger comets and asteroids as they shoot past massive celestial bodies, perhaps most famous of those is the comet Shoemaker–Levy 9 that that broke apart and collided with Jupiter in July 1994:

Same could of course happen also during aerobraking, but mostly due to difference in decelerating forces along the craft's body due to atmospheric drag. At velocities involved, atmosphere actually behaves as a fluid, and the flow shapes along the ram-facing side and bends around its corners. As it does that, it has to increase its velocity relative to the rest of the medium the craft is surrounded with, and increases its kinetic force with it. As these deflected jets catch up with the slower flow around the craft, rapid deceleration and change in vector cause shockwaves and form local eddies along the edge of the craft's ram-facing side. This is actually easier to demonstrate than using some comets that impacted Jupiter, just take a sheet of paper, hold it above your head and release. You'll notice it'll slightly bend at its edges due to these air currents forming along its bottom side. 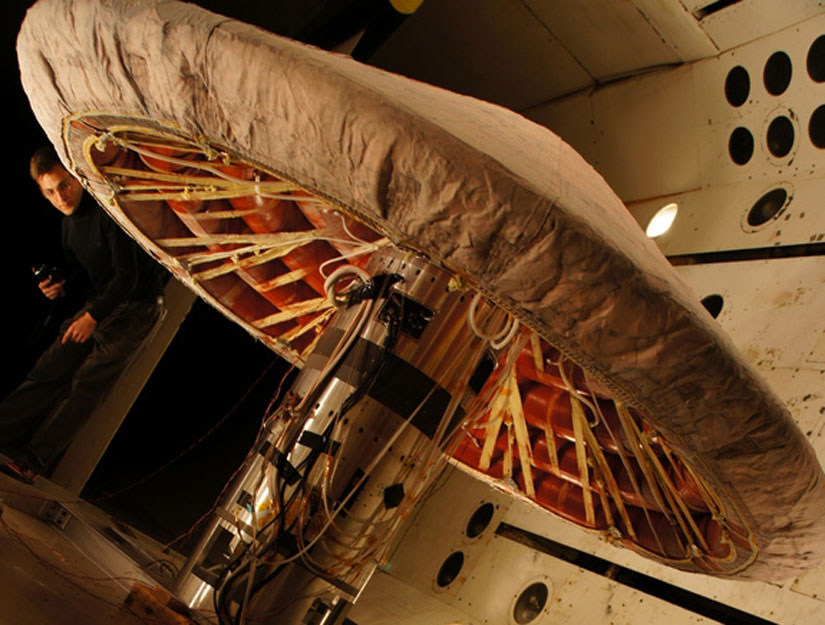 Not the answer you're looking for? Browse other questions tagged gravity-assist aerobraking or ask your own question.