Why use an air conditioning blanket instead of supplying air into the fairing?

This answer explains that some Atlas payloads were covered in an air coditioning blanket before launch.

I can imagine that the payload has some thermal requirements, but a blanket looks lust plain strange from today's perspective. Why a blanket was used instead of just supplying conditioned air straight into the fairing?

The blanket was a temporary solution. Later Agena launches have an AC supply to the fairing itself. This was Thor-Agena 11, a reconnaissance satellite launch: 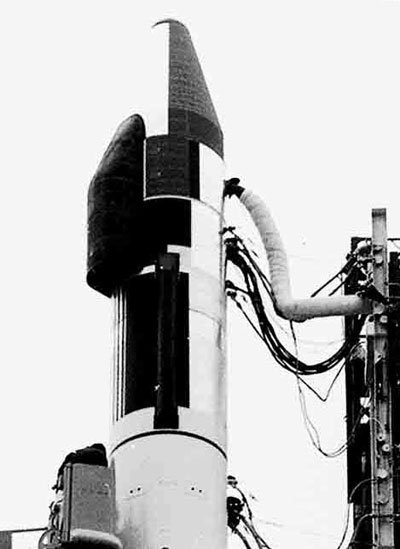 I haven't found a source that gives a rationale for this choice. But keep in mind this was the start of the age of spaceflight, and many things were tried out - and replaced if/when a better solution was found.

It may have been something as simple as an initial batch of fairings that was produced without AC ports, heating inside the fairing turned out to be a problem and a quick, temporary solution was rigged up until new fairings could be produced.

4
What's the puffy fabric-like material around the upper stage at launch of Ranger 5?

17
Why do KSC crawler-transporters use caterpillar treads instead of rail tracks?
14
How can the 6.5 m primary mirror of the JWST fit inside the 5.4 m fairing of Ariane 5?
6
Do each of the fairing halves now use thrusters post-deployment? How does that work?
14
On large diameter Atlas V fairings, why is the Centaur inside the fairing?
5
Could a fairing vacuum protect the payload from acoustic loads?
8
Neutron boosters second stage inside the fairing, is this unique?
2
Why the payload fairing separation occurred at high altitude of 183 km for Vega C VV21?