Why is the Heat Shield of ESA's Solar Orbiter Black in colour?

Solar Orbiter (SolO) is a planned Sun-observing satellite, under development by the European Space Agency (ESA). Due to its proximity to the Sun, it receives about 13 times more solar energy than we receive on Earth, causing the temperature of its sunward-facing side to soar to 600°C. So there must be a Thermal Protection System (Heat Shield) to prevent the spacecraft from melting. ESA's webpage gives the following explanation:

To protect the spacecraft and payload, a high-tech heat shield has been designed that is made of several protective layers of titanium, the outer of which is coated with a protective skin called “Solar Black", which has been developed specifically for Solar Orbiter.

We know that any spacecraft gets heated by the Sun due to Thermal Radiation. White colour is a good reflector and a poor absorber of thermal radiation. On the other hand, black colour is a good absorber and a good emitter of thermal radiation. According to me, white is the best choice of heat shiels, as it is far better to reflect the radiation instead of absorbing it and emitting it. If you remember properly, the Parker Solar Probe, also had a heat shield, but its sunward-facing side was white in colour, and not black.

The following rendering shows that the heat shield is black in colour: 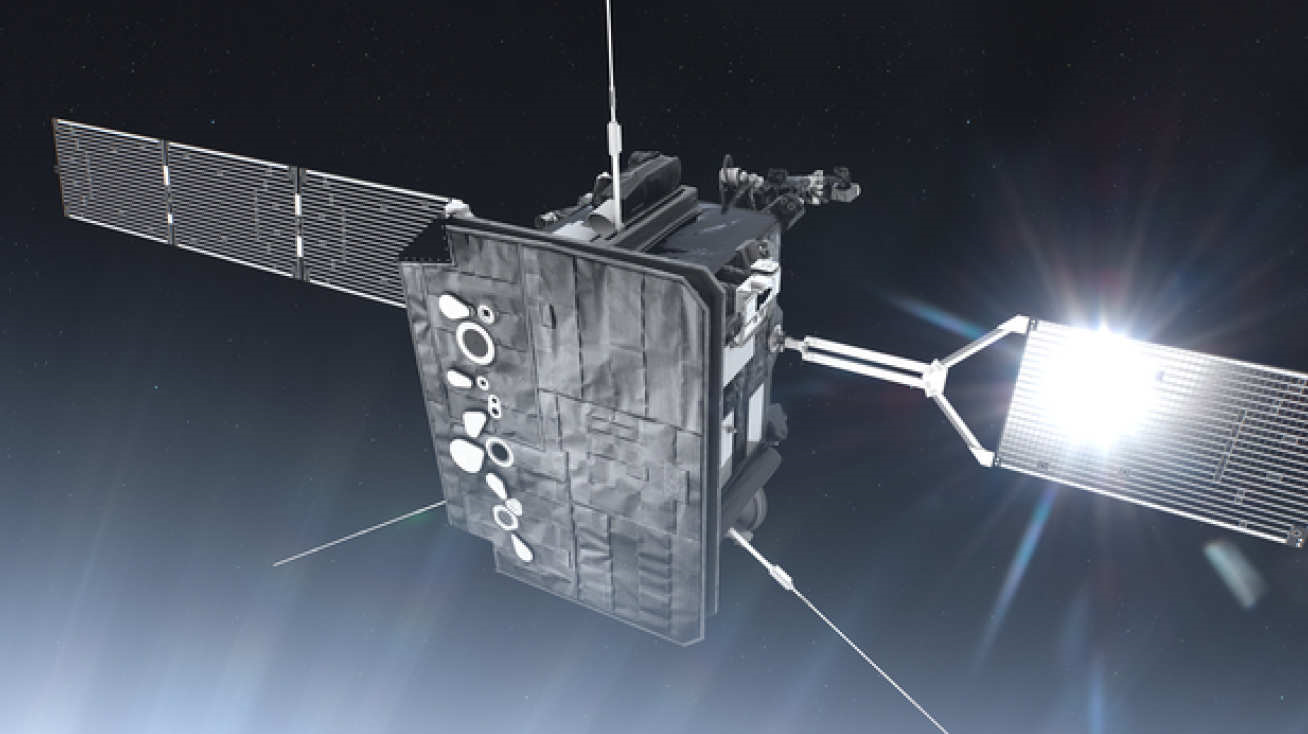 The following image shows only the heat shield ready to be tested in a Thermal Vacuum Chamber: 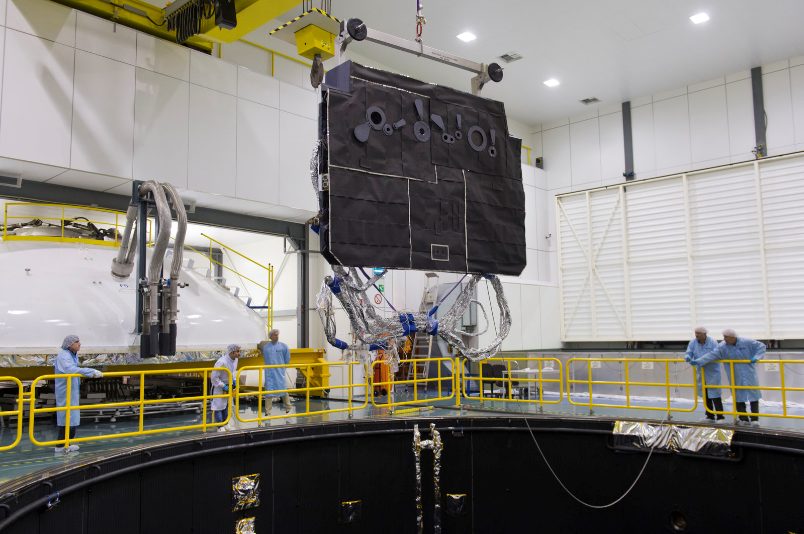 I don't understand why is the sunward-facing side of ESA's Solar Orbiter is black in colour, instead of white. Why did they choose black over white (on a thermodynamic basis)?

A few differences, which I could think of between Parker Solar Probe (PSP) and Solar Orbiter (SoIO), relevant to our analysis are as follows:

Apparently, black was chosen despite its thermal properties. This 2005 paper was written at the end of the assessment phase where technical feasibility of the mission has been demonstrated.

It shows several options were studied, including a white shield.

Materials with a/e (absorption/emission constant, ed.) close to 1 could also be used. Typically this could be a Carbon-Carbon based shield. This material is also the baseline for NASA’s solar probe [4]. This alternative would have a much higher front layer temperature than some of the more white alternatives. However, the use of such materials could simplify the AIV/AIT (Assembly, Integration and Test/Verification. ed.) concept as there would be less need for testing degradation and the testing of the shield could be done with infrared lamps instead of a representative sun-flux.

Both using a black and a grey front layer have been shown as viable solutions for the heat shield, which could be implemented while keeping complexity to a minimum.

(emphasis mine). They chose black because it represented the easiest development path, and despite the higher temperatures the front shield would experience.

This MLI (multilayer insulation, ed.) would use ABS (Alumina- Boria-Silica, ed.) as the front layer, which would have an a/ε of about 0.45 and high temperature resistant metallic foils such as titanium. The MLI would be supported by a sun shield support structure consisting of aluminium honeycomb.

This ABS MLI would be a new development, while carbon-carbon is well-known.

They investigated coatings, and found them unsuitable:

Only non-organic coatings would be possible to use due to the UV-flux. These coatings could potentially have a rather low a/ε value, although the End of Life (EOL) value would be uncertain. With a typical white coating it is assumed that the EOL a/ε could be as about 0.6. Nevertheless it would require extensive testing in a representative environment to make sure that this value is not exceeded, as the coating is likely to not sustain very high temperatures. Using coating on a metal will also have the problem that if some part of the metal gets exposed to direct sun light the metal could heat up drastically and thus the shield could fail.

This meant it wasn't feasible to take the carbon-carbon shield and just paint it white.

Not the answer you're looking for? Browse other questions tagged thermal esa heat-shield heat esa-solar-orbiter or ask your own question.

27
Why are RTGs different colors?
8
What is the material and reflectivity of the surface of Parker Solar Probe's heat shield that faces the Sun?