Why were Nix, Cerberos and Styx discovered later than Charon?

Charon, a moon of Pluto, was discovered in 1978. Today we know that Pluto has three additional moons, but they were discovered 3 decades later? Also, Hubble Space Telescope was in operation since 1990 - how could it miss for 15 years that a planet has so many other moons?

This is the 1978 image of the Pluto system that led to the discovery of Charon. This is a negative, so the big black blob in the middle is Pluto and Charon. Charon? It's the little bump on the upper right of that blob. You can barely make out Charon. Additional satellites? No. This is a 1990 image of Pluto and Charon taken by the Hubble: 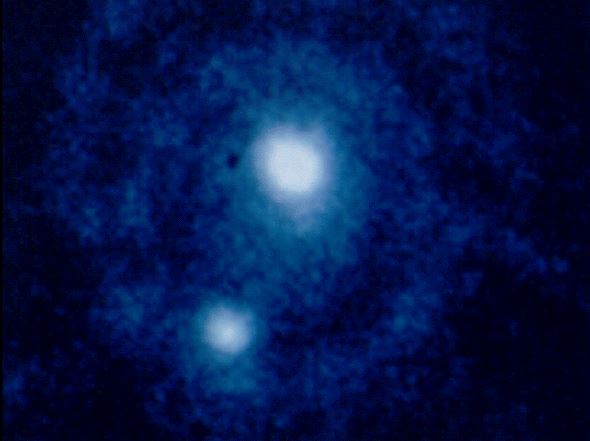 This was before multiple upgrades to Hubble's optics, and multiple upgrades of the ground software that processes Hubble imagery. The light gathering quality and the resolution just weren't there in 1990 to resolve those small moons. 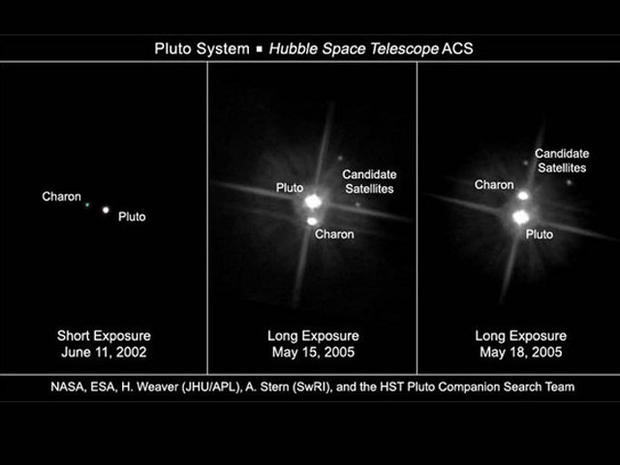 Notice the marked improvement in the quality of the images compared to 1990. However, it wasn't until overexposed images were taken in 2005 that enough light was gathered to suggest that Pluto-Charon system had additional moons.

Not the answer you're looking for? Browse other questions tagged moons astronomy pluto hubble or ask your own question.

8
NASA just announced 715 new exoplanets were discovered, what do we know about them?
9
Was Hipparcos Satellite really necessary? Can't Hubble do everything that Hipparcos did?
10
Pluto's satellites other than Charon orbits around Pluto or center of gravity between Pluto and Charon?
4
Why is part of this New Horizon's Charon high resolution image missing?
29
How is the Hubble main mirror protected from debris?
40
If there's nothing special about Pluto, why was it discovered so early?
4
Latitude and longitude lines for Pluto and Charon
2
Hubble's one-gyro mode; how does it work for attitude control, stabilization, and slewing?
20
Escaping moons conflict with what I understand of gravity