Could not silica aerogel dramatically increase the atmospheric pressure on Mars? 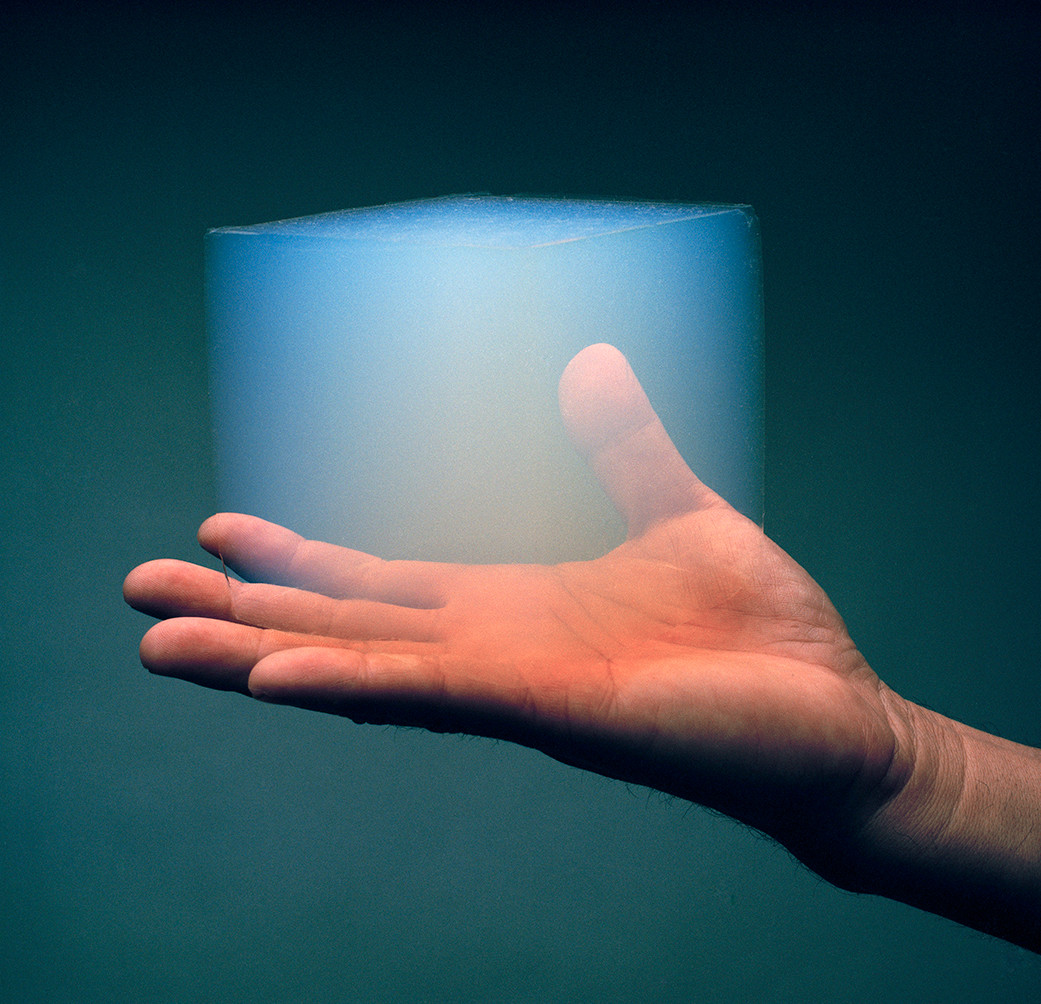 In the NASA article Want to Colonize Mars ? Aerogel Could Help a study about the potential of aerogel as a building material on Mars is reviewed.

In an experiment 2-3 centimeters of silica aerogel allowed simulated Martian sunlight to heat the surface beneath it by up to 65$⁰$ C, enough to raise temperatures on the martian surface and melt water ice.

The aerogel experiment was inspired by the heating process that creates so-called dark spots on the CO$_2$ ice caps during the spring. Like aerogel, the ice is translucent, allowing sunlight to heat the surface below. As the soil warms, CO$_2$ gas accumulates between the ice and the warm surface, causing the ice to rupture.

In april 2011, NASA announced that the Mars Reconnaissance Orbiter had found a large, buried deposit of frozen carbon dioxide at the planet's south pole. It has a volume of about 12,000 cubic km and holds up to 80% as much CO$_2$ as today's Martian atmosphere.

Could not a flexible layer of silica aerogel on this deposit dramatically increase the atmospheric pressure on Mars, allowing liquid water to pool on the surface much more easily in lower regions ?

As a consequence of the thickening atmosphere it would get somewhat warmer on Mars, allowing ground water ice to melt on summer days and maybe (who knows ?), even methane to be released, like in the Siberian taiga ?

3
How rapidly would a manned capsule have to dive to simulate Martian gravity?
8
Will suits worn on Mars lose kilograms of “expendable water” each time they are used?
7
Can a machine process and run on $CO_2$ and $H_2O$ for an $O_2$ by product?
16
How can an *increase* in atmospheric temperature cause an *increase* in the atmospheric mass density?
5
What is the most economical way to vaporize the CO₂ deposit near the south pole of Mars?
2
What are the temperature and pressure inside the CO$_2$ deposit on Mars?
6
What precautions are planned to prevent samples returned from Mars crashing and releasing organisms on Earth?