In a shuttle launch, what would have happened if all three SSMEs failed during flight?

I'm certain there are several flight regimes where this could happen, and that the procedures should be different for each one. For instance, this is a very different question before lift off than it is at 100km. So, presuming that the SSMEs were burning and then all three cut out, what was the procedure at each regime, and what would have happened?

Much of the time, you would die.

Refer to the 3 OUT BLACK ZONE chart from here 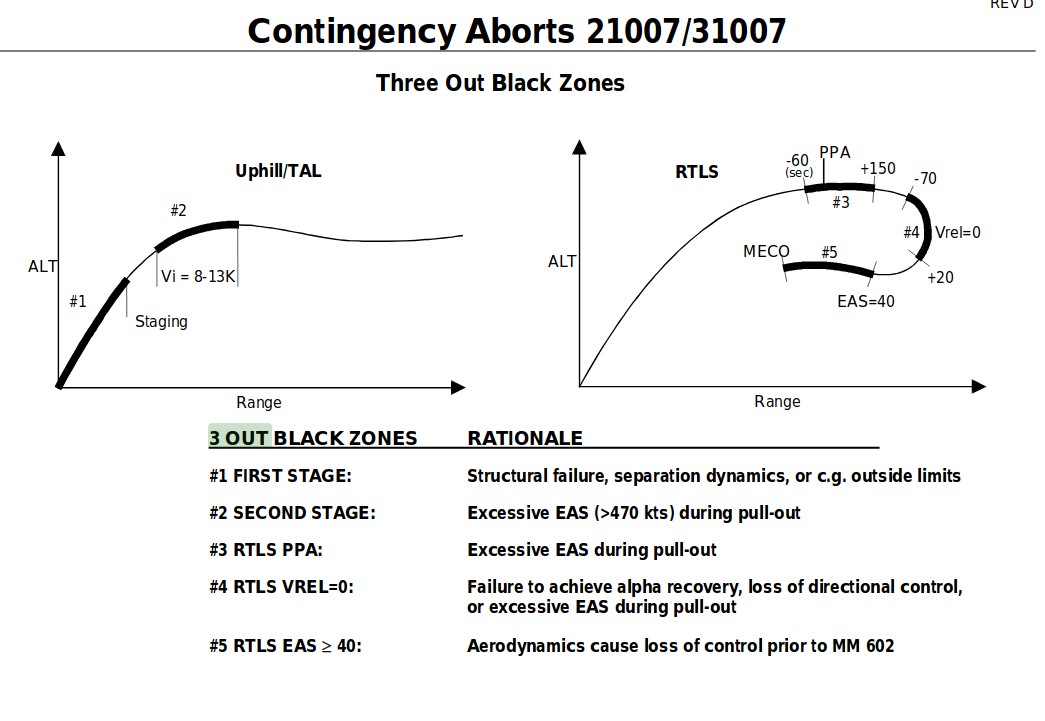 The heavy black lines show where the situation is not survivable (black zone).

Acronymology for the black zone charts:

The crew would select the appropriate abort procedure from this eye chart in the Ascent Checklist. 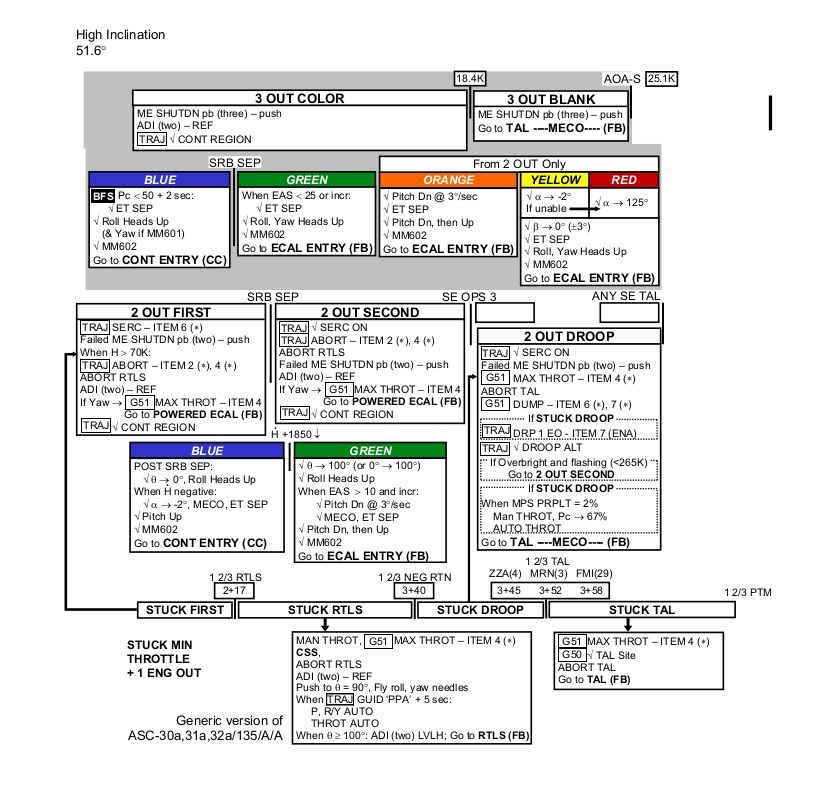 There's a lot going on here; I strongly suggest you read through the Contingency Abort document in my first link. One could literally write a book on this answer. Just as a taste, here are the definitions of the "color regions" for the three-engine out cases. 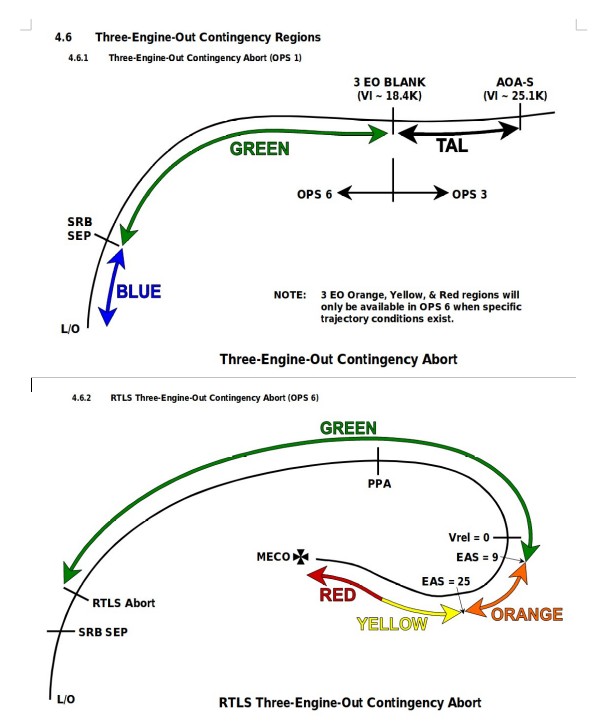 16
Challenger Shuttle: could the crew have survived?
14
What (if anything) could have caused all three shuttle main engines to stop at the same time?
2
Space Shuttle RTLS in 3-engine-out: what does it use for propulsion?