What (if anything) could have caused all three shuttle main engines to stop at the same time?

From my previous question, you'd have a bad time if it happened. What could cause it to happen, if anything? My parameters are:

There were a few common cause, credible failures.

Engine operation was normal until the fuel inlet pressure dropped. As the pressure decreased, the engine responded in a predictable manner. Automatic shutdown of engine 2023 was verified by telemetry data. Data recovered from the salvaged engine 2021 control computer verify that this engine also had begun shutdown. Salvaged control computer data from engine 2020 showed that this engine was within 20 milliseconds of shutdown when the computer stopped. Inspection of recovered engine hardware verified that all engines were shut down in a fuel-lean or oxygen-rich condition which resulted in burn through and erosion of the engine hot gas circuits. 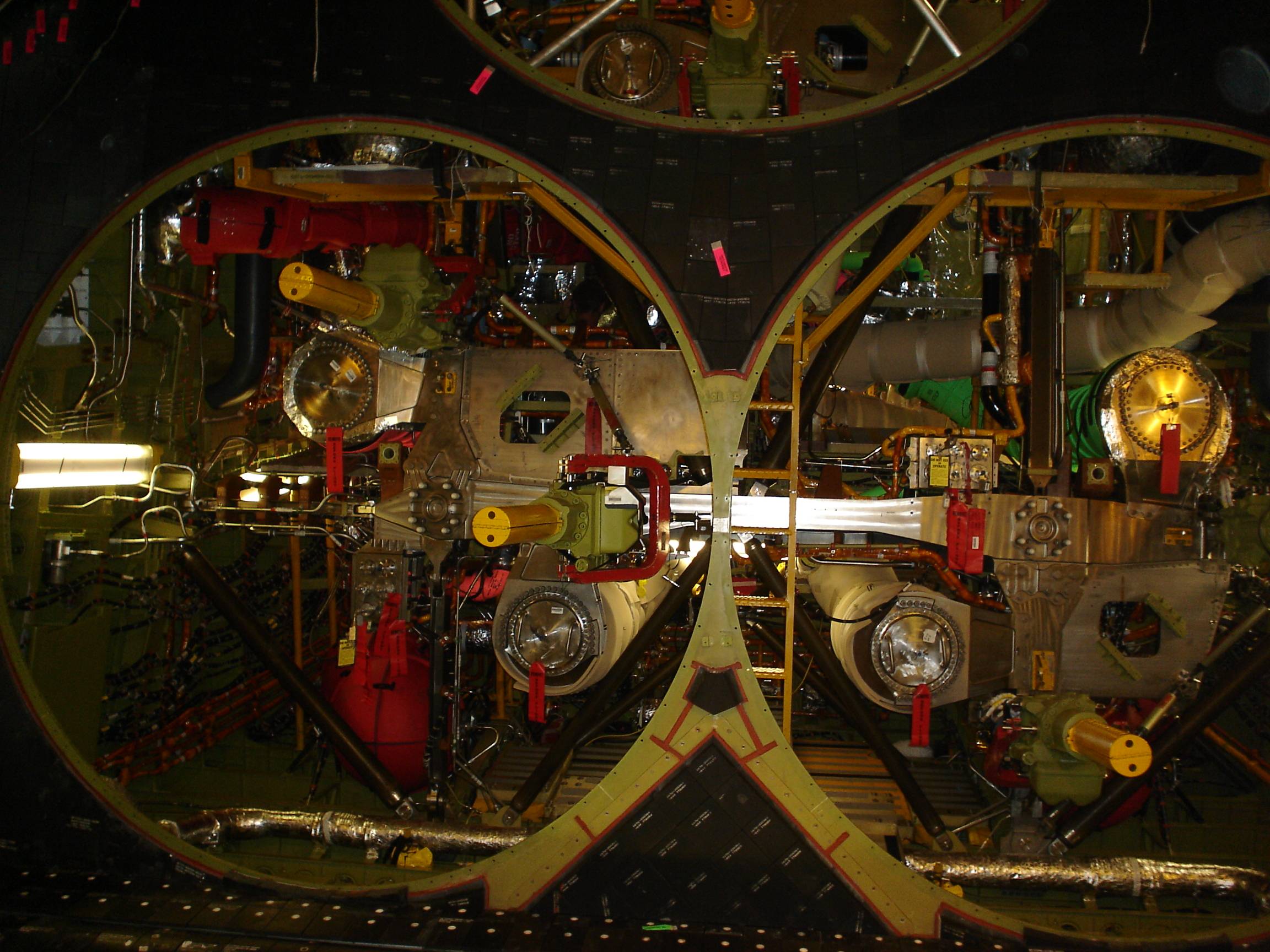 (personal photo of the engine mounts, looking into the Orbiter aft compartment from outside) 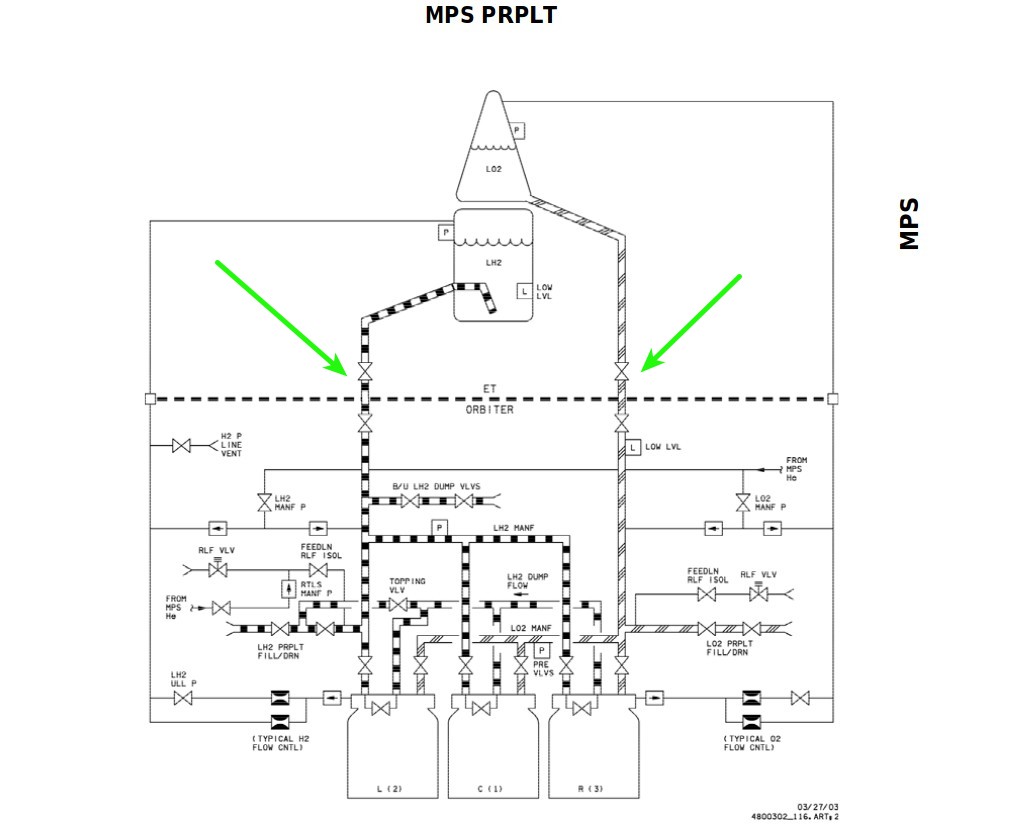 (schematic from the Ascent Pocket Checklist, annotated by me)

On January 6, 1986 during the second launch attempt of STS-61C, the MPS liquid-oxygen inboard fill-and-drain valve was not commanded closed because the liquid-oxygen (LOX) loading automatic sequencer (terminal countdown sequencer / control software) did not receive the closed-switch indication from the replenish valve as required by the prerequisite control logic. This resulted in the automatic sequencer initiating a hold at launch minus 4 minutes 20 seconds. The ground operator verified replenish-valve closure using flowrate and other parameters, but did not close the inboard fill-and-drain valve prior to issuing the resume command to the automatic sequencer at launch minus 2 minutes 55 seconds. This allowed LOX to drain back out of the external tank through the tail service mast vent-and-drain valves until the ground operators noticed the inboard fill-and-drain valve was still open and manually closed the valve. Although unknown at the time, approximately 14,000 to 18,000 lbm of LOX had been inadvertently drained out of the external tank.

Another hold was initiated by ground personnel at launch minus 31 seconds to review the previous out-of-sequence loading termination and obtain a 5-minute liquid-oxygen drain through the main engines. During the hold, the liquid-oxygen main engine temperature dropped below the engine start requirement of 168.3 degrees Rankine by approximately 3 degrees. The engine limit was exceeded because the amount of LOX lost overboard through the fill-and-drain valve caused the colder, more-dense LOX to be drawn in from the external tank. The countdown was recycled to launch minus 20 minutes and oxygen replenish flow was reestablished. The launch was scrubbed when it was determined that the vehicle could not be recycled within the allowable launch window. If the launch had occurred, the reduced LOX quantity in the external tank would have caused early SSME shutdown due to LOX depletion resulting in a Trans-Atlantic Abort Landing (TAL).

Not the answer you're looking for? Browse other questions tagged space-shuttle failure ssme or ask your own question.

22
How was fuel crossfeed achieved, between the main tank and the Shuttle?
18
In a shuttle launch, what would have happened if all three SSMEs failed during flight?

18
If the Space Shuttle missed its landing approach, what could have been done?
22
What are the small gas jets at the rims of the Space Shuttle Main Engines?
9
Could the Space Shuttle orbiter have used the Energia HLLV (used by Buran)?
32
What are the 'lights' inside Shuttle main engines at landing?
3
Was launch pad 110R ever used again after being obliterated on 3 July 1969?
0
What was the quickest launch-to-complex-milestone time achieved by a shuttle mission?
18
In a shuttle launch, what would have happened if all three SSMEs failed during flight?
4
What is the maximum apogee a Space Shuttle could have reached?
16
Challenger Shuttle: could the crew have survived?