Has anything "changed" about the way that NASA will procure technology for the Artemis program?

A video in the Space.com article NASA Taps Maxar to Build Lunar Gateway Power Module for Artemis Moon Plan shows the NASA director explaining the series Artemis 1, 2, 3... and announcing that the solar electric propulsion system for the gateway will be procured from the Colorado-based company Maxar and explains that the procurement is being done differently than ever before for NASA and that people will have to "get used to it".

In the video, Bridenstine says:

The contractor that will be building that element is… drum roll… Maxar. Maxar is going to build that for the United States of America. (applause). And I want to be clear about this acquisition process; to go from where we were to where we are right now so fast, this is a monumental achievement for this little agency we call NASA, and this is going to be an example of how we move things forward, because if we’re going to get the first woman and the next man to the south pole of the Moon in 2024 we have to have this kind of urgency, we have to move at this level of speed.

It is also true that we are procuring that power propulsion element of the gateway, we are procuring it in a way that we haven’t done before. We will have an option to take possession of it after it’s on orbit. In other words, we’re buying it commercially. They’re building it, and if it tests well, then we acquire it as a country. This is a different way of procuring it, and it is a big change, and we need to get used to this kind of change as an agency. And we are, we’re making these kinds of changes quickly.

Question: Has anything "changed" about the way that NASA will procure technology for the Artemis program? 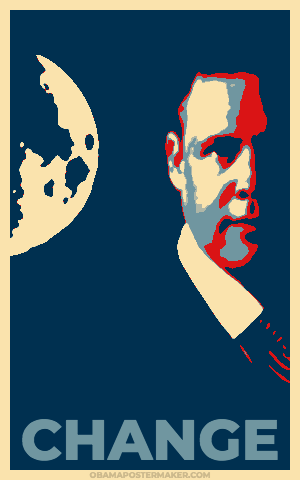 This applies to the HLS elements as well, but NASA has recently been requiring Firm Fixed Price Contracts (To avoid ballooning costs, like on SLS) alongside the result of the contract being NASA purchasing a ~service~. They are essentially buying a ticket to the moon, or a ticket to a certain amount of power around the moon, but not buying the plane. They have the opportunity to buy the plane, as Bridenstine says. IP is a bit more complicated, and it depends on the study and is frequently negotiated. Some aspects of the design may remain IP of the company that came up with it, and others may fall into NASA's hands.

This is better for private companies, but worse for NASA. In general, NASA has been shifting more into an administrative role, awarding contracts and setting regulations, than in an operator, designer, or manufacturing role. See: them not operating O-REx, InSight, etc.

Not the answer you're looking for? Browse other questions tagged nasa commercial electric-propulsion government business or ask your own question.

1
What will the US send to Mars as mentioned in this statement to the press?
1
How will the Gateway-before-boots sequence benefit US business, economic and technological development?
8
Has NASA "gone south"? Why are astronauts needed to explore the Moon's south pole?
0
What is the connection (if any) between the new Artemis mission and the two Artemis spacecraft (Themis-B, -C)?
0
How often has NASA brought in people from outside to be responsible for making important decisions?
1
Psyche & others will use Maxar 1300 series platform; are these the first instances of a commercial communications satellite bus sent to deep space?