Why are there some NORAD catalog IDs larger than 80000 in space-track?

I was trying to find the international designator for the Starlink-2 constellation launch. Not finding anything in Celestrak I looked in Space-Track.

It gives me the latest TLEs for objects with NORAD catalogue IDs above 44700, sorted by international designator. The series goes up to 44712 then jumps to 81014 and lists several thousand more designators, ending at 89496.

Question: Why are there some NORAD catalog IDs larger than 80000 in space-track?

Here are a few snippets of a few columns. Space-Track requires registration to access data. To register for (the free) access see this answer. 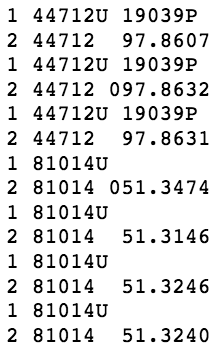 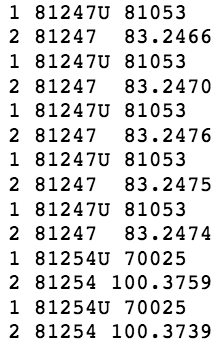 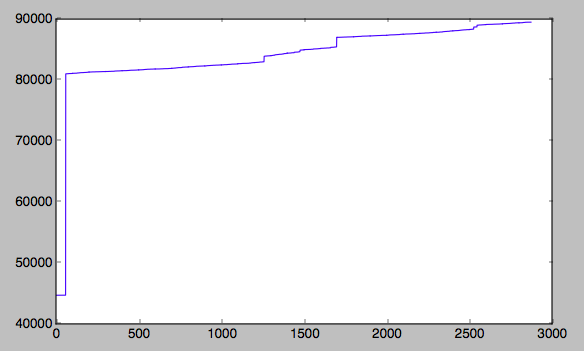 These are so called "Analyst" objects:

Analyst objects are on-orbit objects that are tracked by the U.S. Space Surveillance Network (SSN) with insufficient fidelity for publication in the public satellite catalog (SATCAT). The lack of fidelity may be due to infrequent tracking, cross-tagging (observation association with closely-spaced objects), or inability to associate the object with a known launch. Today there are approximately 17,000 on-orbit objects in the public SATCAT and approximately 6,000 on-orbit analyst objects for a total of 23,000. ... The analyst range, which is denoted by a satellite number from 80,000-89,999, is used like an analytical sandbox

Celestrak keeps a nice list of all Analyst objects and the age of their TLE's here.

And, of course, for all things TLE I strongly suggest following T.S. Kelso on Twitter

Not the answer you're looking for? Browse other questions tagged two-line-elements space-track or ask your own question.

2
Are there publicly-available non-amateur sources of TLEs other than Space-Track?
8
Why is the NORAD Catalog number of SpaceX's Starlink's "Darksat" both 71130 and 44972?